Yet wild honey bees are rebounding, thriving after steep decline. 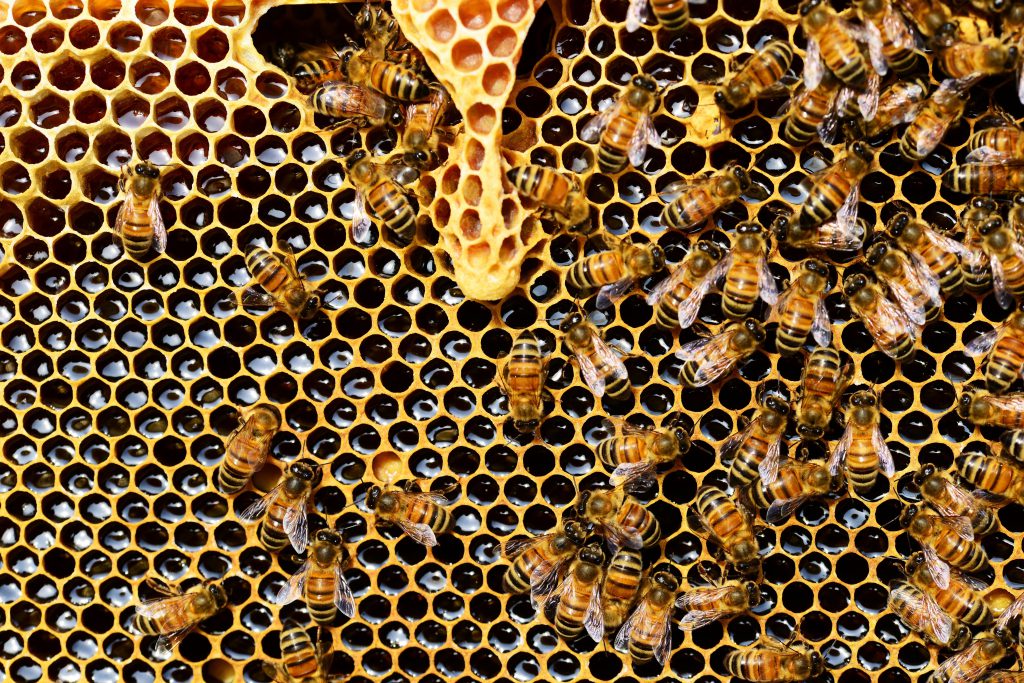 Wisconsin’s honey production has been falling for years. In 2018, the state reached a 10-year low, producing 2.3 million pounds of honey — 23 percent less than in 2017.

Weather and changes in agricultural practices have played a role in declining populations, as well as parasitic mites called Varroa mites which have ravaged honeybee colonies across Wisconsin and in other states.

Yet, one population of bees is doing surprisingly well. Wild honey bees have seen a resurgence after a steep decline in the mid-1990s, according to Thomas Seeley, a biologist at Cornell University and author of “The Lives of Bees: The Untold Story of the Honey Bee in the Wild.”

“Every honeybee colony probably in North America has these mites,” he said. “And so that begs the question, ‘Well, how come the colonies in the wild are doing better than the ones in beekeeper’s hives?'”

The answer is somewhat complicated, Seeley said, but it can be broken down into two general factors.

One, wild honey bees have better genetics and two, they have a better lifestyle.

Wild honey bees have evolved, developing mechanisms to fight off the mites, whereas beekeepers treat colonies with miticides, blunting the natural selection for bees that have natural resistance to the mites.

“Bees don’t need us,” Seeley said. “They live better in the woods than they do in beekeepers’ hives and … in nature bees are constantly, steadily exposed to natural selection for things like disease resistance and resistance to these mites”

Managed colonies are also housed in much larger hives than those of wild honey bees. The larger hive creates more space for the colony to grow and store more honey, giving beekeepers a larger yield, he said.

“In the wild, the colony produces only the honey it needs to survive a winter and so that’s about 40 or 50 pounds,” Seeley said. “Now a beekeeper, depending on his or her location, will manage a colony so it can produce hundreds of pounds.”

Yet the larger nests are a prime location for the mites to spread. Wild honey bees also go through a period in the summer called “swarming” after the colony gets a new queen, he said.

“It takes awhile to get the new queen on line, and when a colony does not have brood (eggs), there’s no material on which the mites can reproduce so that inhibits the mites population growth,” Seeley said.

Perhaps not surprisingly, diversity among bees is integral to the health and productivity of the hive. While improving disease resistance is the most striking benefit, there are other effects on the overall hive.

“One of the most curious is that it really helps the food collection process as well because bees, depending on their genetics, can be either very eager beavers or they can be more reserved,” he said.

“One of the consequences of the queen mating with multiple, she’ll produce a few workers that just get going in the morning in terms of the foraging operation … they’re like the spark plugs,” Seeley continued. “And if you if you remove those bees, things start very slowly.”

While Honey Production Continues To Decline, Wild Honey Bees Appear To Be Thriving was originally published by Wisconsin Public Radio.