By Corri Hess, Wisconsin Public Radio - Jul 3rd, 2019 10:18 am
Get a daily rundown of the top stories on Urban Milwaukee 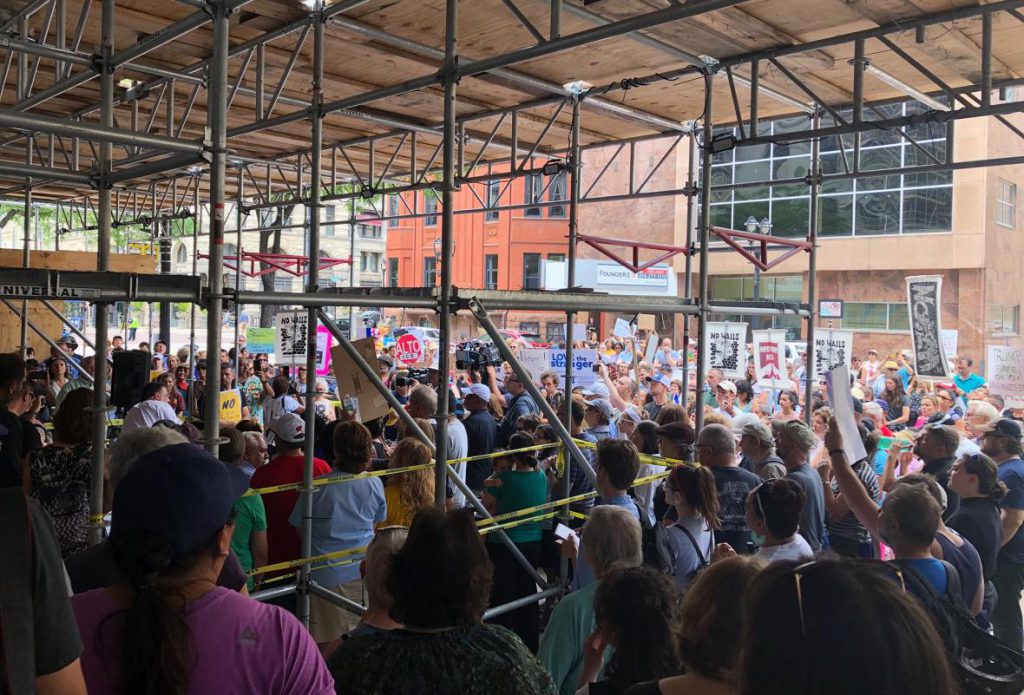 About 200 protesters gathered Tuesday, July 2, 2019 outside of the Milwaukee Federal Building in downtown Milwaukee. Photo by Corrinne Hess/WPR.

Protests were held across Wisconsin Tuesday as part of nationwide effort demanding the closure of immigrant detention centers.

Protesters in Milwaukee at one of the “#CloseTheCamps” rallies called on members of Congress to close the camps, refuse to authorize any more funding for family detention and deportation and visit detention camps to bear witness to the “atrocities” being committed.

Gracie Sherer of Milwaukee was one of about 200 protesters outside of the Federal Building in the city’s downtown. She called the Trump administration’s policy’s at southern border inappropriate.

“I believe we have an emergency at the border, but it is a humanitarian crisis, not a criminal crisis,” Sherer said. “We need more judges, more lawyers, more social workers to help people seeking asylum.”

The U.S. Department of Health and Human Services is expanding its network of child shelters across the country. Last week, Congress passed a humanitarian aid bill that included $3 billion for that HHS expansion.

There are currently 168 HHS shelters in 23 states. The most controversial of these are temporary emergency influx facilities, which give the government flexibility to handle spikes in migrant children, according to NPR.

While protesters gathered in Milwaukee, cars honked to show their support before the street was closed to protect the participants who had spilled from the sidewalk into the street.

Protesters ranged in age from young children to the elderly, holding signs that said things like, “The GOP Condones Kids in Camps, God Does Not,” “We Need Jobs, Not Racism” and “Close the Camps Now.”

Someone brought a doll and placed it in a dog cage. 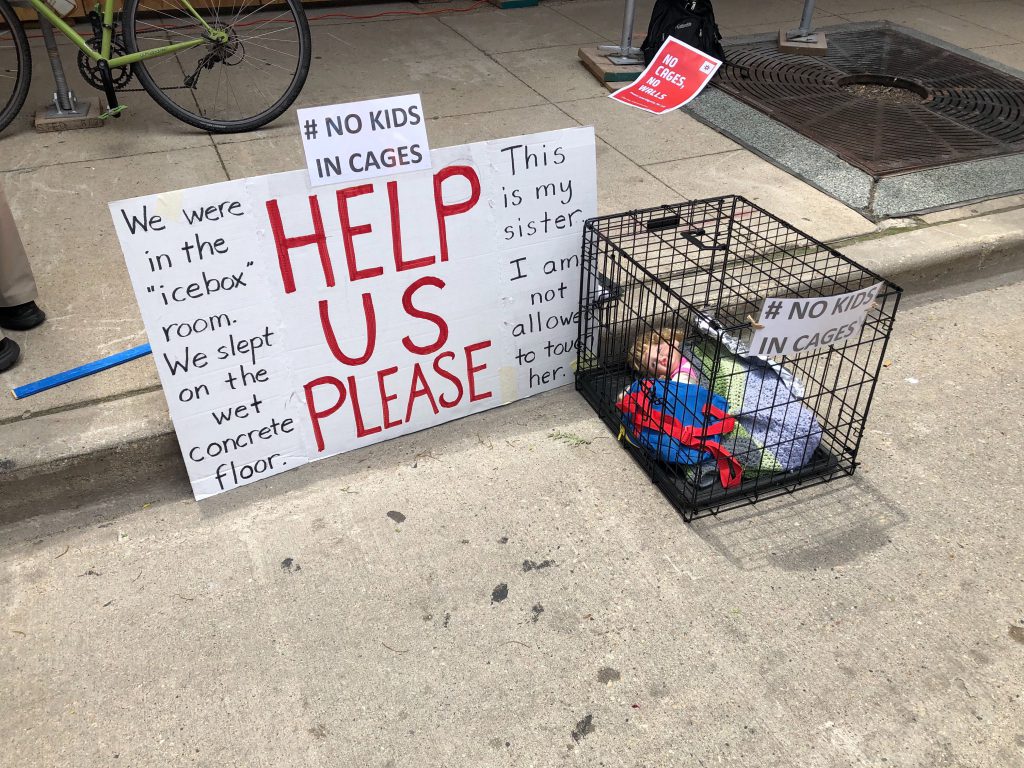 Protestors in Milwaukee set up a display of a baby doll in a cage during a rally against the Trump administration’s policies at southern border on Tuesday, July 2, 2019. Photo by Corrinne Hess/WPR.

Elana Kahn, executive director of the Milwaukee Jewish Federation, told the crowd about her great grandfather who her family believed was one of 168 Jewish people who were buried alive in a stone mine in the Ukraine while his neighbors watched, laughed and voiced their approval.

“We know what history says about the Nazi’s but the question is how will we be judged,” Kahn said. “For my people, this nation is the golden land. A nation that was founded as a beacon of liberty from religious persecution. How will we be judged for separating children from their parents?”

Milwaukee resident Deby Albers said the U.S. used to be the greatest country in the world, but its being destroyed.

“The hate, the bigotry, these children are being abused, just because of the color of their skin and it’s ridiculous,” Albers said. “I can’t fathom a world where this is happening in. I really can’t.”