By Corri Hess, Wisconsin Public Radio - Jul 2nd, 2019 10:57 am
Get a daily rundown of the top stories on Urban Milwaukee 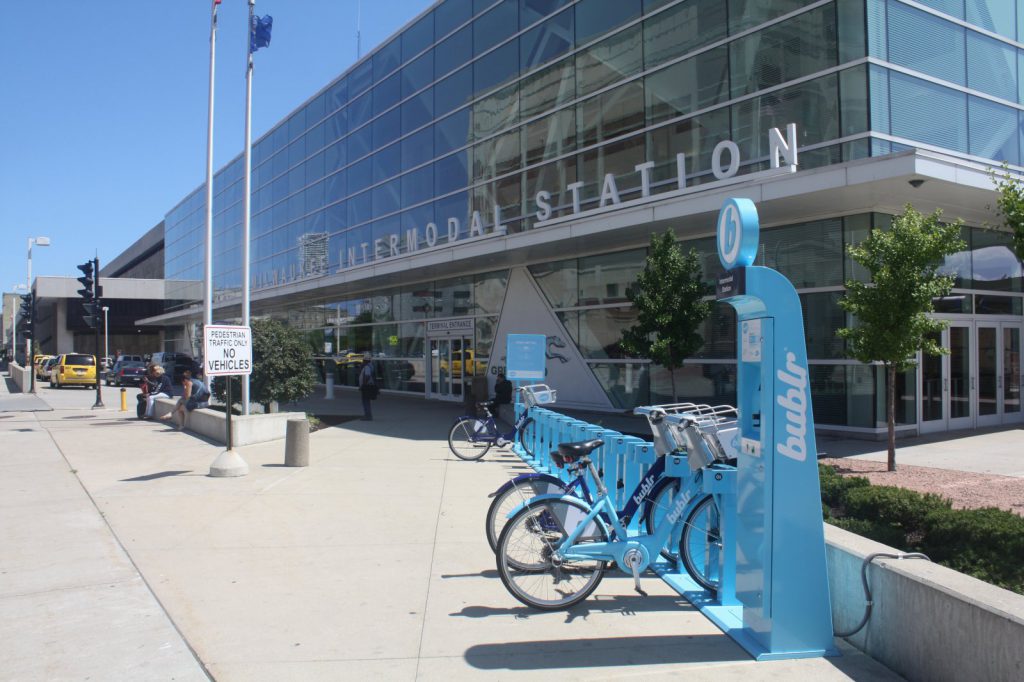 The service runs along the Interstate 41 corridor and connects to Chicago using Amtrak’s Hiawatha train line at the Intermodal Station in downtown Milwaukee.

Lisa Stern, chief of railroads and harbors for the Wisconsin Department of Transportation, said the bus route replaced a similar route Greyhound discontinued in October.

[inartilcead]”Many people were disappointed, so we worked with Amtrak to see if we could extend a bus through Green Bay, and it worked out to be a really affordable option for us and the communities,” Stern said.

During the summer, children ride free between Green Bay and Chicago on weekends.

The service will use a Coach USA bus for the first weeks of service, while the Amtrak bus is outfitted. All buses are ADA accessible.

It supplements the existing Lamers daily, round trip on I-41, and the Jefferson Lines and Indian Trails buses that travel on I-43.

Marc Magliari, a spokesman for Amtrak, said once the new buses are complete, the company will make a larger “splash” about the new routes.

“We’re starting off semi-quietly but we’re going to grow the service from there,” Magliari said.

Customers can purchase tickets at Amtrak.com, the Amtrak mobile apps, QuikTrakSM kiosks at the stations, or by calling 800-USA-RAIL.