A New Generation of Artists 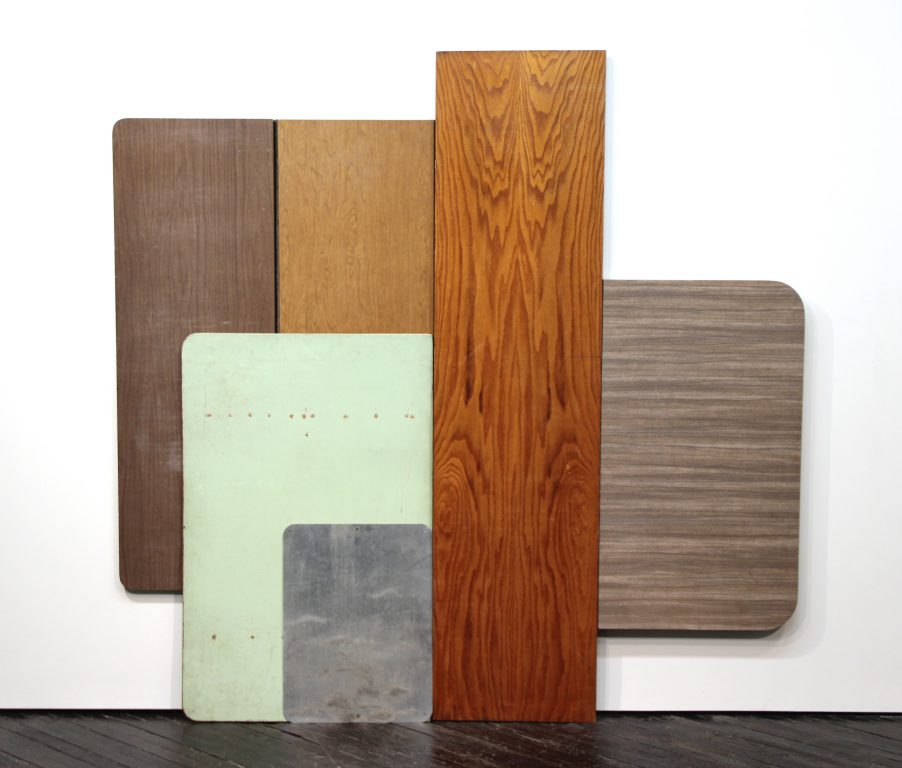 “Alterations of a Body” features live performances by Turkish-born filmmaker and artist Nazli Dincel, in which she uses a loom to weave an image of a nude woman, projected from an inkjet film strip on a museum wall. Dincel uses 16 mm film prints as a medium for the image, and likens the film to the body itself, stating that she’s intrigued by film as a medium; like the human body, 16-mm film also consists of “deteriorating organic matter.” Several other of Dincel’s stunning textile-inspired pieces are on display as well.

Chris Cornelius, an Oneida Nation of Wisconsin citizen, architect, designer and UW-Milwaukee professor of architecture, has employed locally-sourced wood, copper mesh, sticks and wire to create his towering triangular sculpture “Trickster (itsnotawigwam),” inspired by the trickster, a central figure of indigenous folklore. These mercurial, mischievous, and supernatural beings often appear in stories as animals such as a ram, hare, coyote or raven.

“They are not human. They are often of animal form and/or natural phenomena. They teach us to free our minds of all that complicates this world. They do not make sense or seek purpose,” Cornelius is quoted as saying of the Trickster figure. Abstract black markings on the sculpture’s copper mesh bring to mind ancient cave paintings of animals and other mythical creatures.

In “Taking Leather to the Limit,” Rosemary Ollison’s series of four works, the artist incorporates repurposed leather pieces in nearly every color of the rainbow, many of which she finds at garage sales and secondhand shops.

Three of her works, reminiscent of tapestries or quilts, consist of spirals, circles and cone-like shapes (all entitled “Sperm and Egg” and numbered 1 through 3), and ponder the origins of human conception. According to Ollison, these works represent “the mystery and the magnitude of life—the miracle we ended up here on this planet.” The artist experiments with a bit of visual trickery. Suspended in air, “Connecting the Pieces,” Ollison’s eye-catching sculpture, appears, at first view, to be made up of thousands of pieces of cloth rather than leather, because that tough natural material we commonly associate with purses and shoes has here been transformed in an interesting way.

Keith Nelson has selected more than a half dozen unlikely subjects–stained, yellowed pillows and mattresses, cotton dish towels, and a column of multicolored white and pastel toilet tank covers—and arranged them with precision and an artistic eye in his series, “Visceral Minimal.” A trained painter, Nelson contrasts the intimate nature of the disposed-of materials with his stark, unflinching presentations. The mattresses and pillows are stretched like painter’s canvases; every spot and stain are visible.

“Through the use of non-traditional material and a distinctly sculptural process, my current body of work is intended to expand the language of painting by implying that it is not a literal term, but rather a specific mode of creative problem solving not limited to the brush,” Nelson writes in his artist’s statement.

Artist, writer and mother Makeal Flammini presents “How About I Eat You?”, a wall installation consisting of a number of colored drawings and notes, and a giant wall drawing of many hues arranged in a brilliant pyramid. Flammini’s deeply personal drawings, with corresponding notes read like a sketchbook and visual journal, touching on the artist’s memory, dream fragments, and identity as a mother. Two glass jars of drawing materials sit on a small white shelf.

“How About I Eat You?” is intriguing and candid, like being in an artist’s personal studio. And this entire exhibit had great variety and more than a little artistic punch. 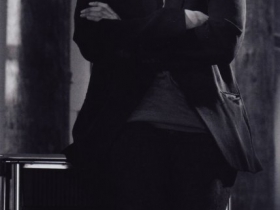 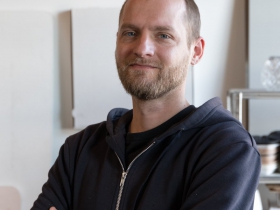 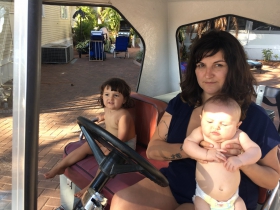 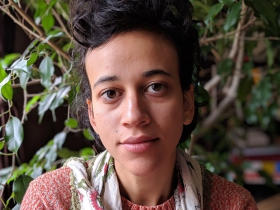 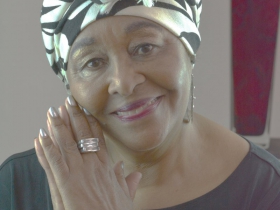 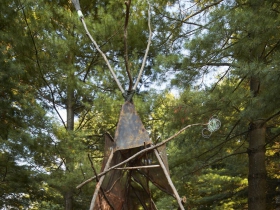 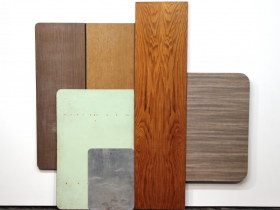 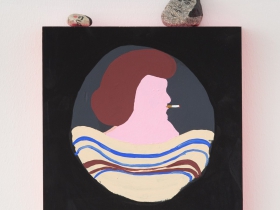 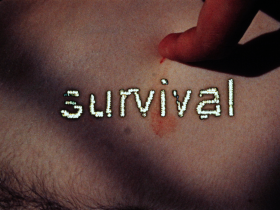 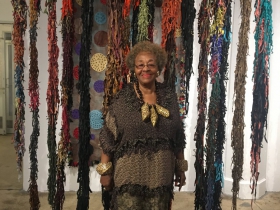 On display through August 4, at the Haggerty Museum of Art, 1234 W. Tory Hill, Milwaukee, WI