Not “deadbeat dads” — more likely to be single fathers than whites or Hispanics. 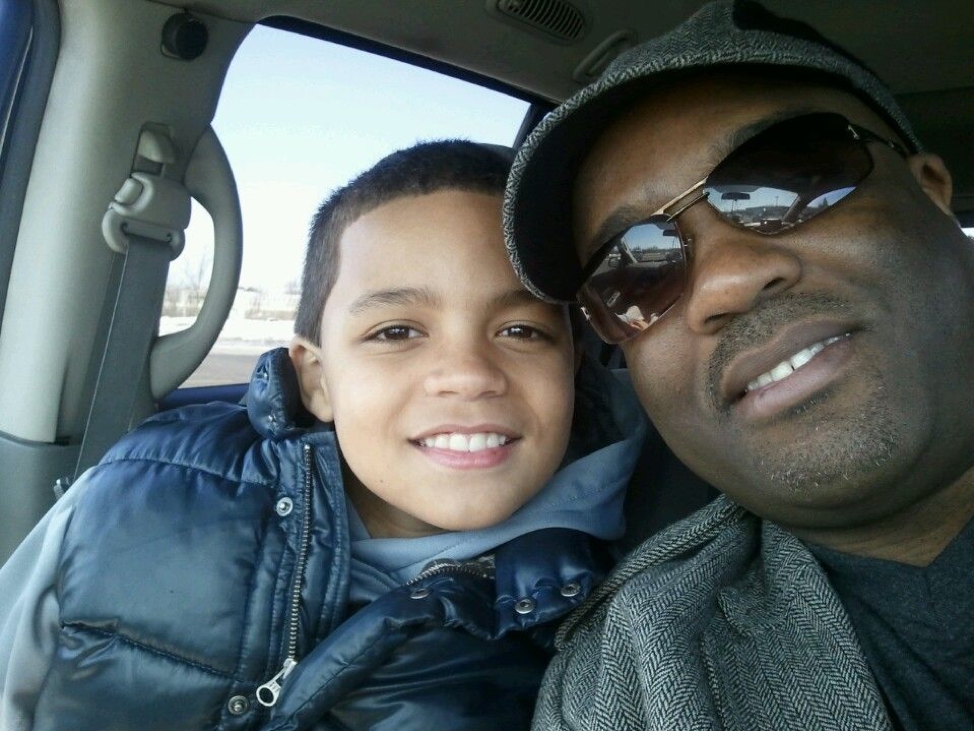 Jay Hinson Sr. has had sole custody of his son since he was 6. “I don’t do that for anyone to pat me on the back,” he says of being a father. “People feel like they have to champion you. Like no! I am his father. What else should I be doing?” Photo courtesy of Jay Hinson Sr.

Every Tuesday and Thursday, Jay Hinson Sr. wakes his 16-year-old son, Jay Jr., and gets ready for work while his son prepares for school.

Depending on the day, Hinson will take his son to either Amateur Athletic Union  basketball practice or to his personal trainer for strength and conditioning training. Work is never far from his mind as he makes sure he finishes his projects so he can be ready for his son. His schedule is tight.

“We are always on the move. But wherever he goes, I always travel with him,”  said Hinson, who  has had sole custody of his son since he was 6.

Helping fathers play a role in their children’s lives has emerged as a local and national concern over the years. The number of single-father households has increased from less than 300,000 in 1960, to over 2.6 million in 2011, according to a report by the Pew Research Center. Among men blacks are the most likely to head single-father households, the report says: 29 percent of black fathers are single fathers, compared to 20 percent of Hispanic fathers and 14 percent of white fathers.

As the parent with sole custody, Hinson is responsible for his son’s physical needs as well as making any legal decisions on his behalf. The younger Hinson spends time with his mother Mondays and Wednesdays and every other weekend at her residence in Greenfield.

‘We have a problem’

Growing up without a two-parent household presents many challenges, some that the elder Hinson has personal experience with.

“We have a problem in our community,” Hinson said. “My parents were divorced. My father has always been in my life, but I have a lot of friends whose fathers weren’t in their lives.

“They grew up with single mothers. I always knew when I had a child, whether I was married or not married, there wasn’t going to be an instance of this generational situation of being a deadbeat black father.”

As an African American man raising a son in Milwaukee, Hinson makes sure his son understands how to navigate the roadblocks he may face in Milwaukee.

“Young black men have to be raised with a little more structure,” he said. “There has to be a little more discipline, just in the matter of what they expect, because a lot of times we have to work twice as hard to levy up to our counterparts.”

Hinson says fathering one child is a separate job in itself, and being a dad to multiple children might be even harder.

About 24 million children in America live without their biological father, according to the U.S. Census Bureau. And there have been numerous local and national efforts to improve these statistics.

For example, the U.S. Department of Housing and Urban Development, also known as HUD, has a national initiative to keep biological fathers in the home. HUD has acknowledged what is called “the father factor,’’ which shows the negative effects of absent fathers.

‘I put their needs before my own’ 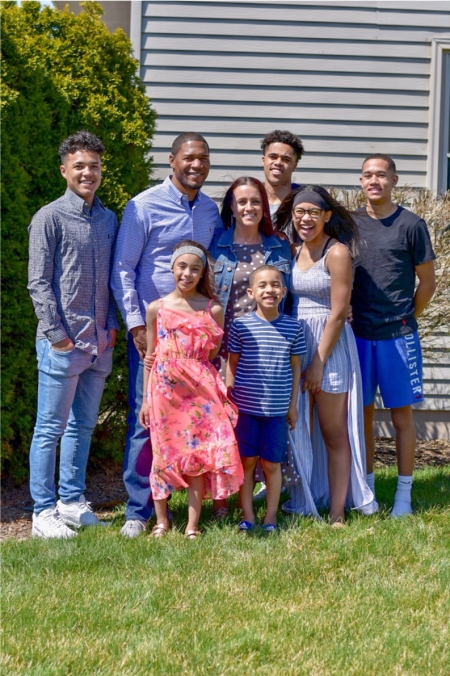 “I was a single parent at one time, so I know what it’s like,” says Nkozi Knight, who is helping to raise six children. “I want to make sure that everything I do is for the betterment of my family and my children.” Photo courtesy of Nkozi Knight.

“I was a single parent at one time, so I know what it’s like,” Knight said. “I see the value of having another person there to help you. When you have a son, a lot of times he is going to look for his mother.”

Knight learned how to parent through the ups and downs of supporting a family.

“I put their needs before my own, and I make sure they have everything they need in order to be successful,” Knight said. “It’s about growing up as a parent and realizing that your actions have consequences good or bad. I want to make sure that everything I do is for the betterment of my family and my children.”

In 2005, the City of Milwaukee created the Fatherhood Initiative to help fathers with the different challenges they may face.

Dennis Walton, former executive director of the Milwaukee Fatherhood Initiative, left the organization because he felt there was a stigma surrounding the poor quality of fatherhood in the black community.

“The Milwaukee Fatherhood Initiative has done a lot of great work,” Walton said. “In my capacity, I was able to help thousands of men. The challenges were that we were primarily focusing on black men. And that’s fine because a lot of black men have challenges with the issue of fatherhood. But as I started to go deeper, I realized that it wasn’t just black fathers.”

During his tenure as executive director, Walton helped Hispanic, Arab, Caucasian as well as African American men in their quest to be good fathers.

Walton said many men are working to overcome different barriers, including help with employment, child support, financial literacy, re-entering civilian life after a stint in prison and obtaining driver’s licenses.

He quickly realized that issues of fatherhood were not solely in the black community.

“It became unfair to stigmatize black men as being the only men having challenges as fathers,” Walton said.

Walton recently created his own organization, Made Men Worldwide, to continue the work he started with the Milwaukee Fatherhood Initiative.

“Our work is to help uplift men and improve their circumstances so they can become the strength they want and need to be for their families,” Walton says. “We decided to go beyond the local community, both nationally and internationally, to mobilize fathers, but to also restore communities through the restoration of fathers.”

Hinson routinely receives admiration for the time and effort he puts into raising his son, something that has always made him uncomfortable.

“The proof is in my engagement with my son,” he said. “I don’t do that for anyone to pat me on the back. People feel like they have to champion you. Like no! I am his father. What else should I be doing?”

Outside labels mean little to Hinson. He knows who he is.

Blake Ruppe contributed to this report.