Students take part in end of the year powwow, engage with native culture.

By Mark Doremus, Milwaukee Neighborhood News Service - Jun 21st, 2019 10:37 am
Get a daily rundown of the top stories on Urban Milwaukee 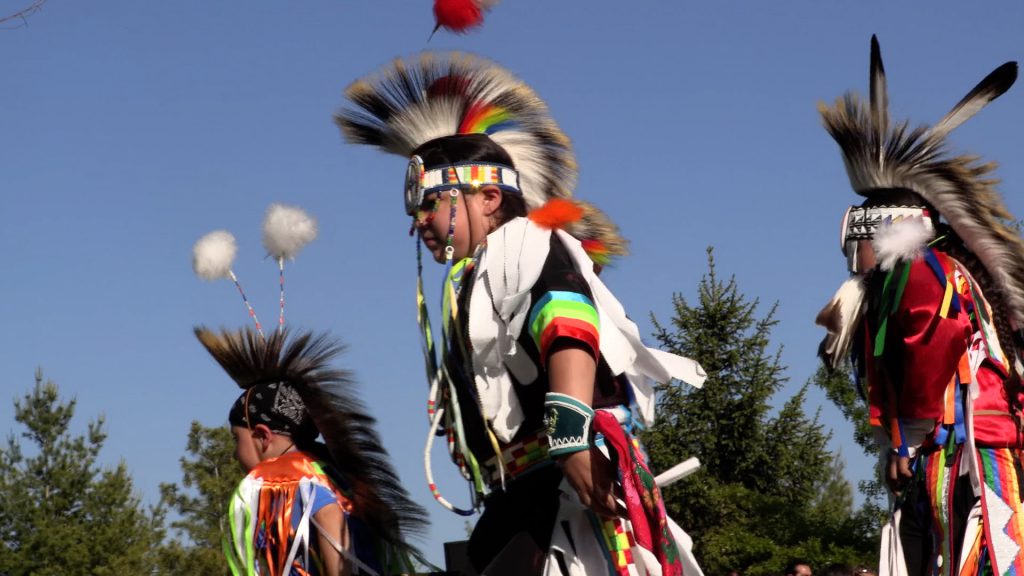 Mark Powless strolled the grounds of the Indian Community School in Franklin as its end-of-the-year powwow unfolded.

Drums pounded and dancers swirled in the afternoon light as parents, students, teachers and community supporters joined the festivities earlier this month.

Powless is a member of the Oneida Nation and the director of Our Ways, the school’s cultural curriculum.

“Powwows have come about over the years as a way of gathering, to understand each other even though we come from hundreds of different Native nations,” he said. “It’s a celebration of all that’s been accomplished and a look forward to what is coming up in the future in a social atmosphere.”

The powwow tradition is just a small but important part of the cultural programming at the Indian Community School, where the Our Ways initiative supports the school curriculum by connecting students with traditional practices and ways of life. The school, founded in 1969, serves 372 students from the greater Milwaukee American Indian community.

The powwow is not a formal part of the curriculum, but it does incorporate some of the same values, Powless said.

At a powwow, “you should see people being brave, trying out something new, getting out there in front of their peers,” Powless said. “Always working on being humble. Trying to take the teachings of our elders that have been passed down to us about specific kinds of dances or how to maintain ourselves, being wise about those things, living an authentic life in the honest way that the Creator intended us to be.”

Audra Williams has two children enrolled in the school. She was an early advocate of the Our Ways initiative, which took several years to develop starting in 2015.

“It’s amazing that it’s happening now,” Williams said. “For those kids that are coming in, they’re lucky. They’re going to get so much, and that’s who we need to get to, those younger minds where it’ll set in and become their way of life.”

The Our Ways curriculum emerged from more than 800 interviews with Native people, Powless said.

The school’s goal is to prepare students with an “understanding of living in two worlds,” said Head of School Jason Dropik. “For us, it’s just acknowledging the fact that both parts make up who they are, our students are not just Native, they come from many different cultures, and being urban that’s a culture in and of itself, so that is also part of who they are.”