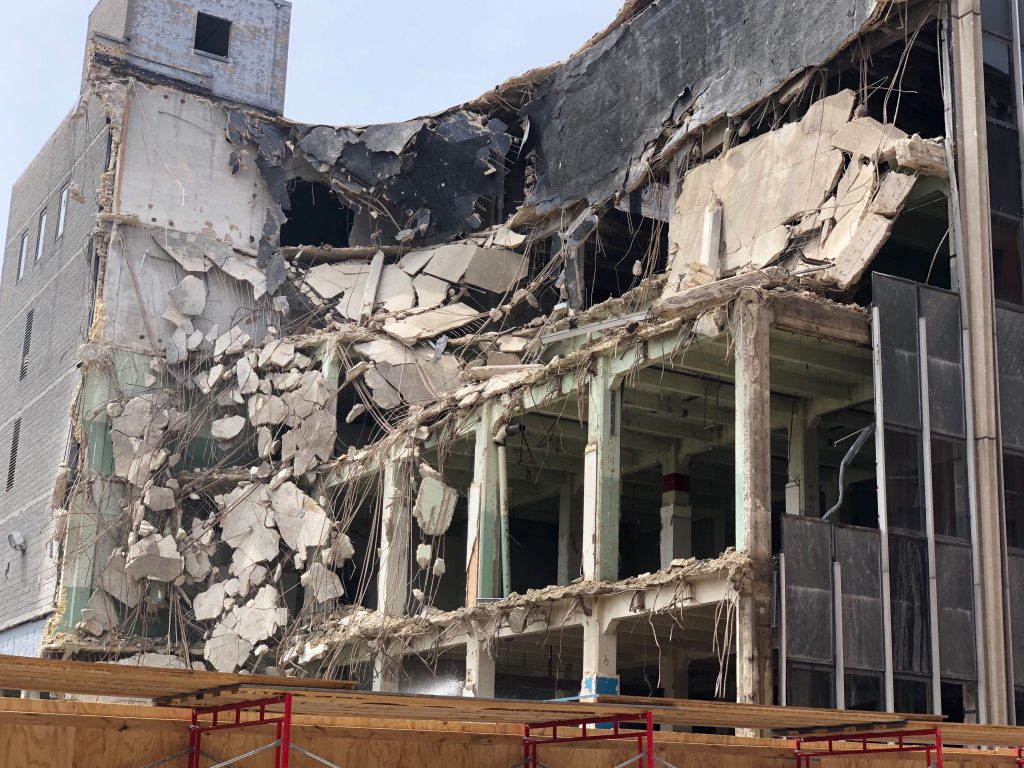 For weeks a pile of rubble has been building outside of the vacant office building at 433 E. Michigan St.

Led by Stevens Construction, a crew has been steadily demolishing the 80,525-square-foot building from the inside out and now the building itself is disappearing.

Hotel developer JR Hospitality, in partnership with Hawkeye Hotels, is working to open a trio of downtown hotels with 331 rooms between them. The Minnesota-based firm intends to develop and operate Holiday Inn Express (116 guest rooms), Home2 Suites by Hilton (115 guest rooms) and Tru by Hilton (100 guest rooms) hotels at the southwest corner of E. Michigan St. and N. Jefferson St.

The new buildings are being designed by hotel architecture specialist Base4. Adjoining hotels have become increasingly popular in recent years because of their ability to share back-of-the-house functions, like laundry or waste disposal, as well as parking.

An affiliate of the two firms, Hop City Lodging LLC, purchased the three parcels at 433 E. Michigan St., 501 N. Jefferson St. and 517 N. Jefferson St. in August 2018 from Johnson Controls for $5.15 million. The parcels were assessed for a combined total of $2.9 million at the time.

Matching the Hop City name, two stations on The Hop’s planned lakefront streetcar line sit ready and waiting a block from the development site. They’re scheduled to go into service by the end of 2020 once they’re connected via a station in the base of The Couture. Unfortunately as of today if you want to drink some hops, you have to walk a few blocks to get a tavern.

The office building, built in 1909 according to city records, was far from the only thing on the half-block site. The two N. Jefferson St. parcels contained a 62-stall surface parking lot and 10,760-square-foot building from 1970, both of which are now gone.

The hotels won’t open in time for the July 2020 Democratic National Convention as the development team originally hoped. They would have seen a week of 100 percent occupancy shortly after opening, but demolition didn’t start in time according to Hawkeye Hotels development manager Samir Patel.

You can’t go more than a few blocks from the hotels’ site without hitting another construction project. Go west a block and you’re at the site of the Huron Building. Go south and you’ll find a new apartment building and electrical substation rising. Go east and you’ll find the empty lot that is planned to be home to The Couture. Go north you’ll find a crew working to renovate the Federal Building and U.S. Courthouse.

The fact that the site was chosen for use as a hotel shouldn’t come as a surprise. The new hotels reflect a decade-long trend of new hotel development in downtown Milwaukee, with many of the new hotels opening close to Lake Michigan and the cluster of high rises along E. Wisconsin Ave. The past decade has seen the addition of Kimpton, Aloft, Marriott, Westin, SpringHill Suites, Homewood Suites, Hyatt Place and the independent Brew House Inn & Suites hotels. A number of existing downtown hotels have been refreshed or redeveloped in that time. Hotels with the Drury and Cambria flags are currently under construction. 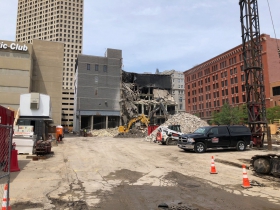 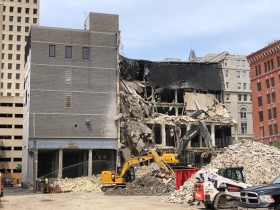 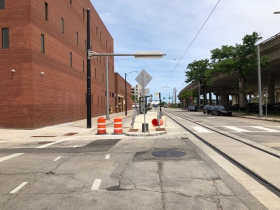 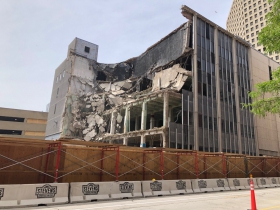 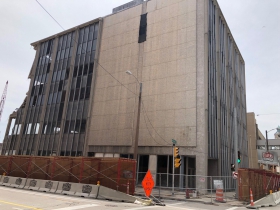 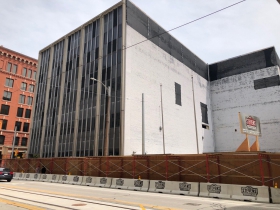