America has been at war since 2001. Local activists continue their call for peace.

By Isiah Holmes, Wisconsin Examiner - Jun 18th, 2019 02:51 pm
Get a daily rundown of the top stories on Urban Milwaukee 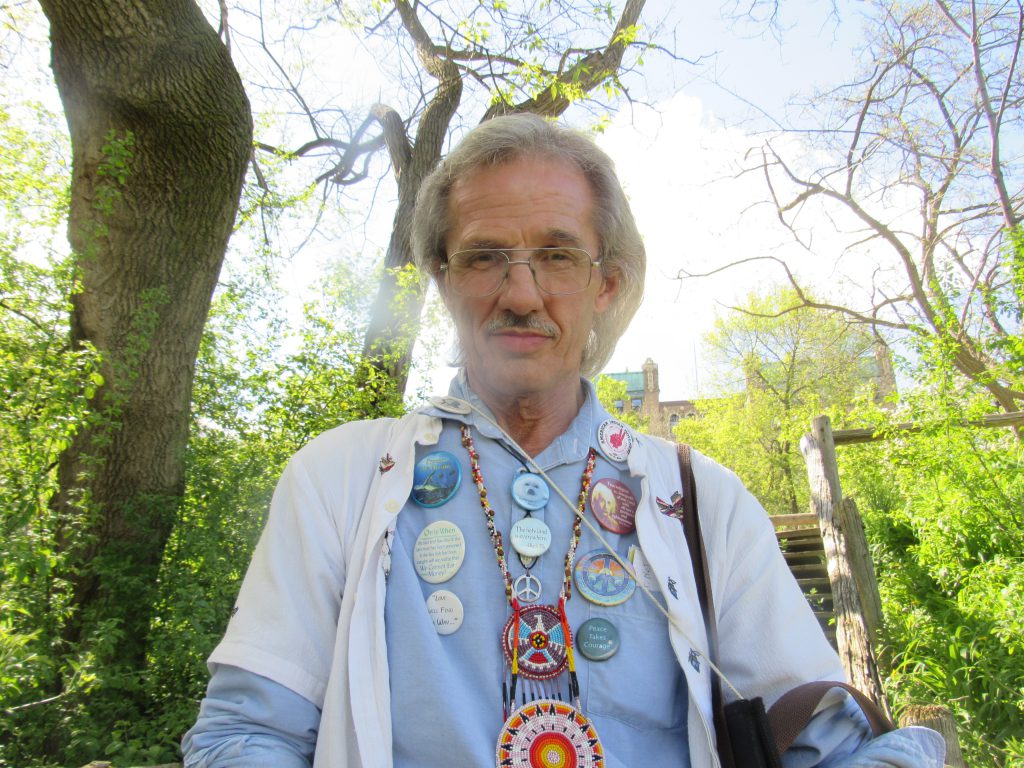 A diverse array of voices are keeping the anti-war movement alive and organized in Milwaukee. Their most recent efforts are focused on raising awareness of growing tensions with Iran and Venezuela under the Trump Administration. Is Milwaukee listening, and do these protests make a difference?

America has been fighting a war in Afghanistan since 2001 and began a war with Iraq in 2003, and still has thousands of troops in that country after a removal of most of its forces. That’s nearly 19 straight years of warfare, by far the longest such period in U.S. history.

Organizers with the group Peace Action of Wisconsin told Urban Milwaukee even residents who aren’t well informed of the wars still care. Longtime activist Julie Enslow says their demonstrations often attract encouraging honks and yells from passing drivers. Enslow has seen enthusiasm come and go since first protesting the Vietnam War. “The draft created a lot of opposition,” she recalls. “Without a draft, you don’t get the same kind of opposition that you did back then.”

Says activist Jerry Hills, who is 65: “unless it happens in their own back yard, no one seems to care.” Still Hills keeps on protesting: he was among those attending a Memorial Day weekend demonstration on the lakefront, held by Peace Action of Wisconsin, the End the Wars Coalition, and numerous other groups. Focusing on tensions with Iran, it drew more of those encouraging honks. Hills, who spent a short stint in the Army, says he’s “tired of the violence, tired of the war.”

Enslow is optimistic, and sees many people who are “much more politically astute” about America’s foreign policy. She says things like America’s oil wars and involvement in overthrowing governments are a recurring pattern. “You’re seeing it now with Iran a very similar pattern that you did building with the war in Iraq,” she told Urban Milwaukee.

Tensions between the US and Iran span decades, but the administration of President Barack Obama succeeded in brokering a deal whereby Iran agreed to put a stop to the development of nuclear technology. President Donald Trump, however, pulled out in 2018 and reimposed sanctions on the country. Since then, Trump Administration officials including National Security Adviser John Bolton have pushed for armed conflict with Iran.

In Venezuela, the U.S. has also imposed various sanctions going back to 2006 and involving Presidents George W. Bush, Obama and Trump.

“Sanctions are a form of economic warfare,” says Emslow, “it is really hurting people.” Beyond Iran and Venezuela, more than 130 countries have some form of US military or intelligence element operating within their borders. That big picture might sometimes be too much for the average person to take in. Especially in economically challenged cities like Milwaukee, people are focused on just getting by. Yet Emslow says the people who understand these issues the most are often young adults who the most economically stressed.

“A lot of young people are in a terrible position financially,” she says, speaking of the college debt crisis. “That’s the main concern for young people.” Nevertheless, she notes, “a lot of young people I meet in their 20’s now are really starting to question what’s going on.” Hills says the future of younger people is a major motivation for him to keep marching. “There will be no future for people younger than us,” he warns, speaking directly to young people, “it’s your future at stake.” 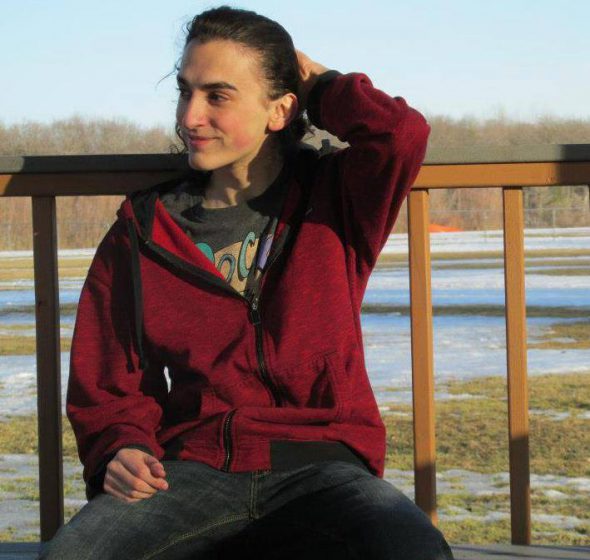 Lukas Teetzen, 24, is one of those young people Emslow and Hills hope to reach. “Being involved in the anti-war movement is incredibly important to me,” he told Urban Milwaukee. “As long as I have known the US has been at war.” Protesting, he explains, grants him “not only the responsibility but the privilege to save lives and huge swaths of the environment from the strong arm of my own government.” A young father himself, Teetzen similarly feels “a majority of Milwaukee residents are not aware of the ever increasing tensions” involving Iran and Venezuela.

Teetzen encourages citizens to back anti-war candidates and stay informed. “They’re few and far between and never come close to the presidency, but it’s possible. We need to seek out and back those candidates.”

Anti-war activists are also concerned with the jailing of journalists and whistle blowers. Recently jailed figures like Chelsea Manning, who leaked evidence of US war crimes in Iraq to Wikileaks and that website’s founder, Julian Assange, are issues of concern for Emslow and others. Teetzen called Manning’s actions “brave,” and fears for her and Assange’s fates. “The precedent that is being established by the federal government for the free press is frightening to say the least,” he says. President Trump has carried on Obama’s record of jailing government whistle blowers.

Emslow hopes that journalists like Amy Goodman of Democracy Now aren’t “next on the list.” Lately the news outlet The Intercept has also been under fire, with critics targeting its ability to protect confidential sources. One of its co-founders, award-winning journalist Jeremy Scahill, is a Milwaukee-native.

Although Teetzen confesses he often finds himself having to “educate” people about US policy, he sees hope. “From the protests I’ve attended, scores of car horns blare as they pass us by and pedestrians crossing us voice their support.”