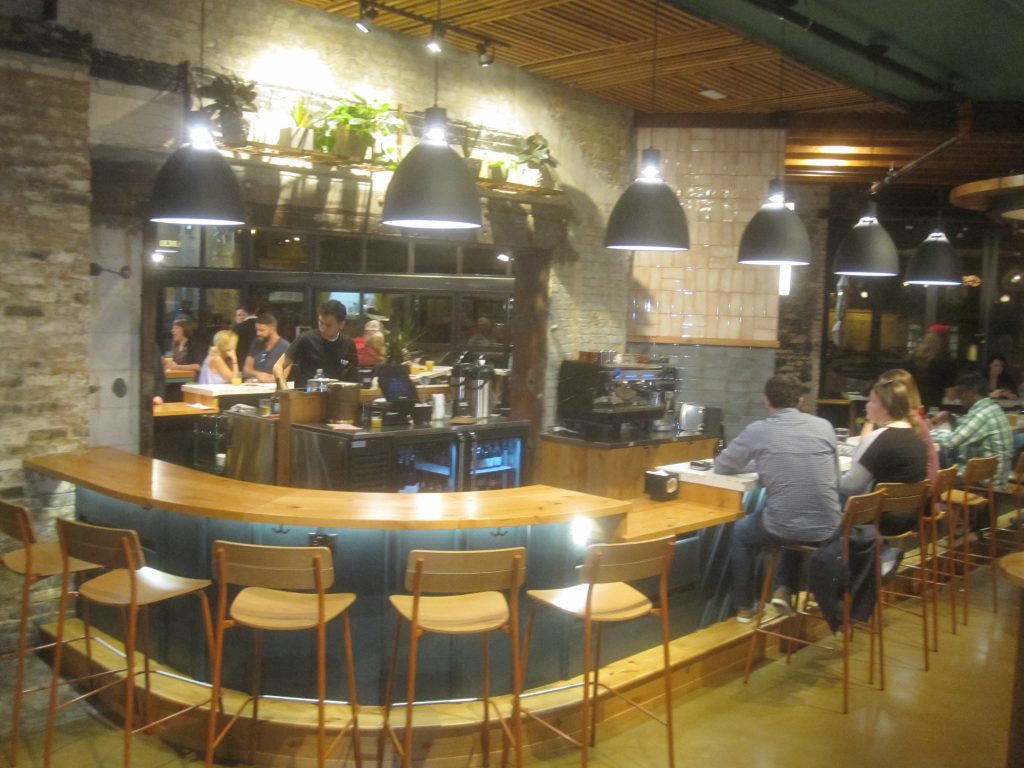 Hacienda Beer Company opened Milwaukee’s newest taproom on Saturday, June 1st at 2018 E. North Ave. It takes the place of G-Daddy’s BBC, a college-sports bar that operated there for 21 years until it abruptly closed in April 2017. The BBC was a multilevel tavern replete with sports games on televisions everywhere, a Jack Daniel’s mirror behind the bar, amusement devices galore and other inducements to a younger crowd.

The tavern had much competition for this generally impecunious yet abundant demographic, and it seemed to a casual observer that the bars were in a mode where survival depended upon undercutting the price of their competitors.

Survive, they did not. Within the past four years or so, the street and its immediate environs have lost The Eastsider, Nick’s House, the School Yard, Hotch, Rosati’s, Rascals, RC’s, Hotel Foster and Yield. Some have reopened. For example, Yield became Yokohama, which itself later closed. (It has since reopened as Merge.)

The instability on the street caused some problems. Police felt the tavern district was having public nuisance issues, neighbors feared vacant buildings. Yet others recognized a generational change about to take place.

Commercial real estate brokers make their living by maximizing the value of the properties they offer for sale. This is accomplished in part by estimating the future value of a building for a potential buyer, while maximizing the price received by the seller. Many factors are involved beyond the bricks-and-mortar.

The BBC building is in fact four buildings, including the former Hotel Foster, yet all share a single tax key number for assessment and sales purposes.

In the sales listing for the property, the broker makes some shrewd observations to justify the $2.4 million asking price for the building:

The advertisement drew the attention of Josh Jeffers, a Milwaukee developer who has made a career of finding new value in old buildings, such as the Mitchell Building and the Mackie Flats. Jeffers was impressed with the building and its location, and on February 19th, 2018 executed a Commercial Offer to Purchase the property for $1,475,000. He offered $900,000 cash at closing, with the owner, Sha Sha, LLC, providing the remaining $575,000 in the form of a twelve-month loan bearing 8 per cent interest.

Jeffers then undertook a gut-renovation of the 1913 tavern building, which had been patched together over its century of continuous occupancy. With a vacant building as his tabula rasa, Jeffers was able to install new mechanical systems, an elevator and other value-added renovations.

It was announced in November 2018 that the Hacienda Beer Company of Bailey’s Harbor would open a taproom at the site of the former BBC and Hotel Foster. “Taprooms” are governed by state law, which now permits breweries to operate a taproom at its production facility as well as a remote taproom elsewhere in the state of Wisconsin.

What is a Taproom?

It has been said that Wisconsin’s beer laws consist of 20 pages of laws and 200 pages of exceptions. Most taverns are licensed Class “B” premises. They may serve beer, wine and alcohol purchased only from distributors. “Brewpubs” are restaurants with breweries located within.

A taproom exception in the State of Wisconsin‘s Alcohol Beverage statutes allows a manufacturer to sell beer directly to retail clients at the brewery premises — or at no more than one additional outlet.

However, the only alcoholic beverages a taproom is permitted to sell is its own beer. You will not find wine, hard liquor or other beers here. The Hacienda taproom offers an abundant menu of innovative dishes that is a far cry from the burgers and fries of BBC — and quite a bit pricier, as are the beers, which are in the $7 range for a pint. With a dozen beers on tap, the $2.50 short pours offer the visitor a chance to sample a number of them without going into an alcoholic or financial coma. 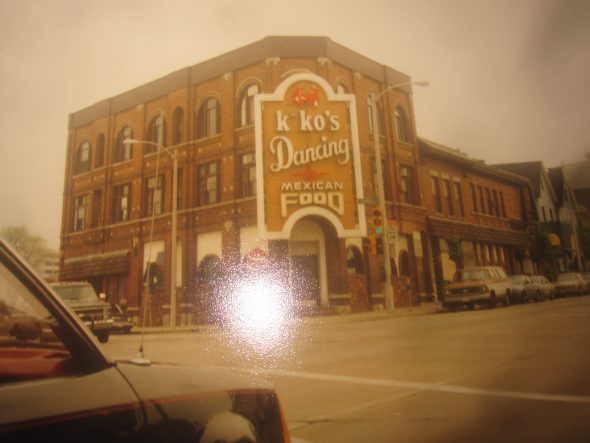 Jeffers and his crew took advantage of the good bones of the former BBC, which earlier had been Monreal’s El Matador, perhaps Milwaukee’s first Mexican restaurant targeting non-Mexicans. For years the facade was obscured by a giant sign advertising the restaurant and Kiko’s, its accompanying club. In October, 1983, the assessor noted that the 2,933-square-foot Kiko’s (later Hotel Foster) had been “developed into a tavern capable of being leased + operated separately from Monreals. Quality Materials and Workmanship thru-out. Comparable to ANY East Side Bar.”

The facade of the building faced other alterations, including small arched windows on the street level where once had been storefront windows. The building now has much more attractive fenestration. Unlike the raucous interior of BBC, with its beer signs and tavern-on-steroids ambience, the Hacienda taproom has a modern decor that stops just short of edgy. Large globe lights illuminate the corner entrance of the room, which has two bars, very blonde and sleek. The ceiling has a wooden lattice work above, in those places where it is not left open. The brick loadbearing walls show years of wear, and of the various adjustments to them made over the years. The overall effect, however, is that of a restaurant, since the perimeter has numerous cushioned banquettes suitable for dining in large groups, such as a gathering for the parents of former customers of BBC.

It and other newcomers like Izzy Hops (formerly Rascal’s), the Crossroads Collective food hall (formerly Rosati’s) and Baccanera wine and cocktail bar (formerly the Eastsider) all indicate that a generational shift is indeed underway in the former college district. It is fueled by an influx of older residents with above-average incomes who can well afford to live in the new luxury apartments, to shop at the adjacent Whole Foods Market, and to eat and drink beer at Hacienda and the other upscale destinations that have opened on the dynamic East Side.

Will these folks (or the neighbors) miss the $15 All-You-Can-Drink Jack Daniel’s specials and resultant rowdiness of an earlier (and younger) era? It seems unlikely. Has East North Avenue regained its nightlife traction after years of apparent decline? It seems almost certain that the tide has turned.

The property was assessed at $1,475,000 in 2018, which was its sales price that year. For 2019, the assessment is only $584,900, with the land being consistently valued at $245,000, while the improvements dropped from $1,230,000 to a mere $339,900. During the most recent assessment period, the building was essentially an unoccupied shell, which should account for the low value set on it. Next year’s assessment will include the considerable new investment in the property and the fact that it is now producing revenue.

According to an appraisal of the vacant property in April 2018 undertaken by Lauenstein & Associates on behalf of Jeffers’ primary lender, the value of the property at that time was $1,520,000, with an anticipated “stabilized value” as of April 1st, 2020 expected to be $3,930,000, reflecting the improvements and occupancy of the remodeled building. 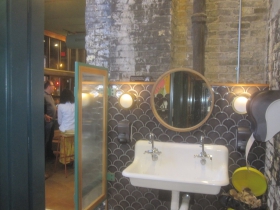 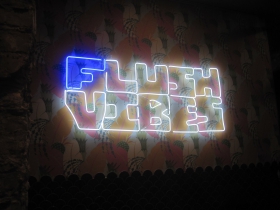 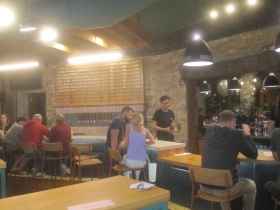 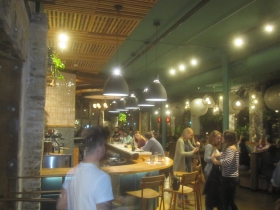 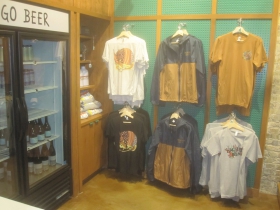 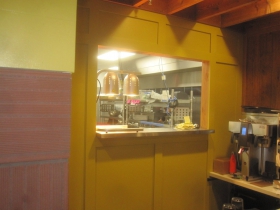