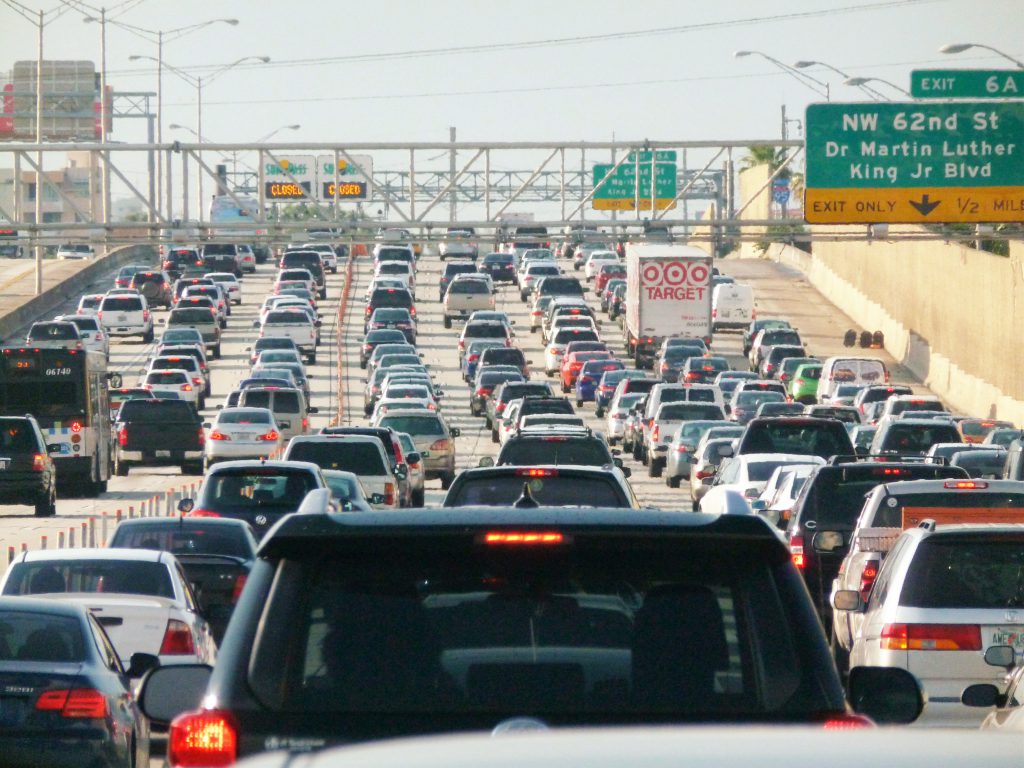 Design Transit Stations in ‘Overcrowd’ Game: A new simulation-style management game launched on June 6th for PC wherein you create the transit system of a London-like city called Lubdon. In an isometric space, ‘Overcrowd’ has players working around cost constraints and underground barriers to optimize metro stations. Once a station is in operation, players must manage menial tasks like garbage collection or fixing ticket kiosks. Impressed, the London Transport Museum is looking to preserve the game “in perpetuity.” Balancing fantastical absurdity and realistic simulation, the game emphasizes the details that go into efficient places like transit stations. (Nicole Carpenter | The Verge)

Vancouver’s Humiliating Plastic Bags: Independent grocery store East West Market on Main Street in Vancouver BC is handing out mortifying plastic bags in an effort to discourage the use of single-use plastics. The store’s owner, David Lee Kwen, notes that while many people own reusable bags, they still forget to bring them; this solution was a way to help customers “remember their reusable bags in a way that will really stick with them.” Some bag designs include “Into the Weird Adult Video Emporium” and “The Colon Care Co-Op.” Now, hopefully customers will remember to bring reusable bags or risk looking like they came from “Wart Ointment (Wholesale).” (Elana Shepert | Vancouver Is Awesome)

Traffic Jams Show Inequality: In researching for its 2018 congestion index, TomTom noticed that the German cities with the highest and fastest-growing apartment rents are also the most congested. From this, it may be worth building more housing and decentralizing business infrastructure to put people closer to their jobs. As cities use more policies and incentives (like congestion pricing) to discourage car use, poorer residents who are priced out of cities and move to suburbs suffer more from transportation inequity. While academia still debates on polycentric urban models, some recent research shows that it may work to cut commuting times and reduce congestion. (Leonid Bershidsky | Bloomberg)

Berlin’s Accidental Planners: Protests for Berlin’s lack of affordable housing turned into a serious plan, backed by 140 million euros in state funding, to save the abandoned Haus der Stastik office complex of mid-rise towers. Artists protesting evictions set up a fake construction banner on the space: “Room for Art, Culture, and Social Space”; the project did not exist, but what it proposed was realistic. The political prank earned a meeting with the city’s mayor, after which the artist-activists immediately sought out professional designers to develop the concept. Now, a coalition of architects, planners, artists, and other community members is coordinating to develop this “gentrification-proof island.” This bottom-up approach is already attractive prospective community groups as tenants, and provides a substantial alternative to the trend of master planning. (Nate Berg | Places Journal)

‘Missing Middle’ Cuts Carbon Impacts: Consider two blocks, each with 18 homes. On one, the 18 homes are replaced with 3 McMansions, something legal in many cities. On the other block, three of the old homes are replaced with a duplex, a triplex, and a fourplex, which would be illegal in most US cities. Both would roughly cost the same for demolition and rebuilding, but the block with ‘missing middle’ -plex housing housing would have 20% less carbon emissions. This exercise demonstrates that housing policy is indeed climate policy. Reforming single-family zoning is one of the best ways to achieve cities’ emissions reductions goals, so it is a wonder why such rezoning is currently considered illegal. However, efforts are underway, such as with Oregon’s House Bill 2001, which would re-legalize middle housing statewide, to remedy this. (Michael Andersen | Sightline)

We know that they genuinely deter laundering of dirty money in the real estate market without impacting clean investment. The cost-benefit ratio for Americans is only positive.

–Zoe Reiter in Quartz discussing a pilot program that looked at money laundering in real estate.

This week on our weekly review show, Mondays at The Overhead Wire, Chrissy Mancini Nichols and I talk about drones, zero passenger vehicles, CAFE standards and more!