By Hope Kirwan, Wisconsin Public Radio - Jun 16th, 2019 11:29 am
Get a daily rundown of the top stories on Urban Milwaukee 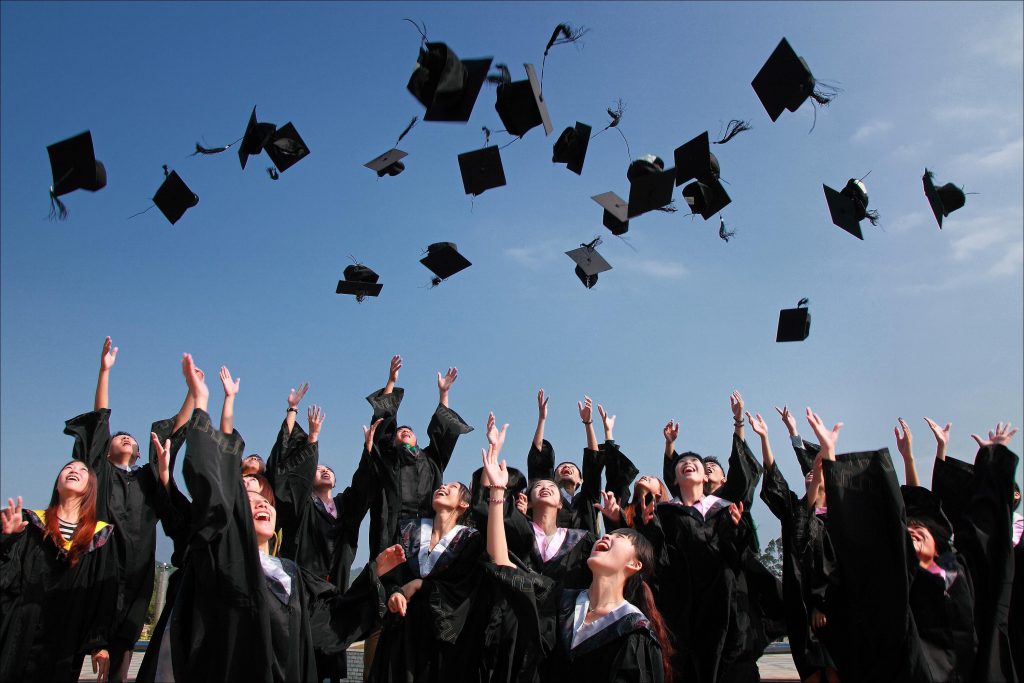 Sarah Korte graduated from her undergrad program at the University of Wisconsin-Eau Claire with no student loan debt.

But around $40,000 in student loans from her law degree has started to affect other financial decisions in her life, like buying a tractor for her family’s farm.

Korte was one of seven people who participated in a round table discussion on the causes and the effects of student loan debt in Wisconsin.

The discussion held Thursday at Altra Federal Credit Union in Onalaska included representatives from higher education programs, financial institutions, business owners and individuals who have been affected by student loan debt like Korte.

Wisconsin State Treasurer Sarah Godlewski said the biggest take away from the discussion is the variety of reasons people are taking out student loans and why they’re struggling to pay them back.

“We heard from people who came early on and said, ‘I wish I would have had better counseling to let me know that 9 percent interest was high or I would have lost my federal benefits if I were to refinance.’ To other students saying, ‘I need to take out these student loans because the money also helps me live,'” Godlewski said. “There’s a diversity of issues and as a result we’re going to have to look at this from multiple facets.”

Some research institutions have questioned how much refinancing can address students’ debt burden. But Godlewski said she’s confident there are things the state can do to help, from creating tax incentives for employers to help pay back student loans to improving public financial literacy.

“There are ideas we can start expressing with consumer protection,” Godlewski said. “I mean when students are calling and asking about refinancing but lenders aren’t sharing that, ‘Oh you’re going to lose these benefits if you refinance with us,’ that’s a problem.”

Godlewski said the state can also do more to help lower income borrowers, including getting lower interest rates for those who don’t have good credit or collateral.

As of 2016, Wisconsin residents had more than $24 billion in student loan debt, according to a report from the federal Consumer Financial Protection Bureau. The same report found student loan borrowers across the nation collectively owe more than $1.4 trillion.

Joshua Bonnell is a scholarship coordinator for UW-La Crosse. He said there are a lot of options for the state to do more for students, but it’s not clear which strategy is best moving forward.

“Could the state offer more grants that would probably help on the front end with students so they don’t have to take out more loans? That’s a possibility. Could they offer a refinance program at a lower interest rate than what’s currently offered by the federal government or by private lenders?” Bonnell said. “I think this is a good way to just get the conversation started and hopefully get the momentum moving.”

Korte, the UW-Eau Claire graduate, is an attorney in La Crosse and farms with her husband. She graduated in 2016 from Mitchell Hamline School of Law in St. Paul, Minnesota, with about $40,000 in student loan debt.

“Even though I was a very debt-averse person, very careful about what loans I took on, I ended up with more than I would have liked and I’ve found them very difficult to pay off,” Korte said.

She said the debt is now impacting her ability to farm. Korte said her family needs to buy a new tractor, but they don’t want to add a tractor loan on top of student loan payments, their mortgage and other bills.

And she said student loan debt could affect many more beginning farmers who are already struggling under low commodity prices.

“Any debt is an obstacle to farming because you’re probably going to get into debt when you start farming,” Korte said. “And student loan debt is only worth it if you’re doing a career where you’re making the kind of money that made your education worth it.”

Korte said she would like to see lawmakers put a cap on how much is offered to students through loans to keep borrowers from getting in over their heads.

“You’re setting young people up to sign a legal document making them responsible for this debt the rest of their lives when they’re not really at an age to understand that,” Korte said.

The task force plans to hold three more roundtables around the state this summer. Godlewski said the group expects to make a recommendation to the governor and Legislature by fall 2020.