Scriabin, Saint-Saëns, Debussy and more, in an evening of endlessly searching music. 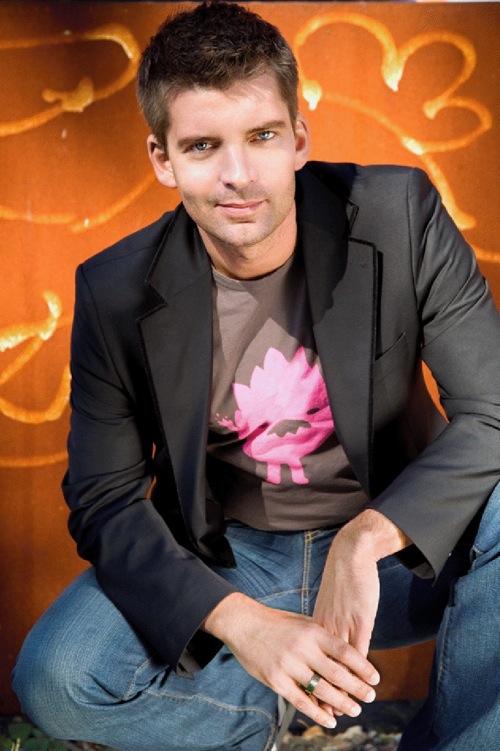 At exactly 8:00 p.m. on Saturday night, guest conductor Matthias Pintscher strode onto the stage of Uihlein Hall to conduct his own piece, towards Osiris. The “towards” of the title came to define most of the concert; three of the four pieces spent a majority of time in unstable territory, always moving toward something on the horizon. The evening was a veritable journey in sound.

Towards Osiris featured several flamboyant trumpet solos from Matthew Ernst, and the percussion section was packed with auxiliary instruments. Strings were often relegated to gauzy background textures while various brass combinations and percussion flourishes drove the action. I enjoyed both the visual of percussionists moving between setups and the aural candy of woodblocks, sandpaper blocks, maracas, and chimes sounding out into the hall. Maestro Pintscher, the music director of the esteemed Ensemble Intercontemporain, has a new-music specialist’s precision and a palette of creative gestures to deal with unique situations. At times I was riveted to his movements, as he jumped from stillness to explosions of musical sorcery. His program notes described being inspired both by an artwork by Joseph Beuys titled towards Osiris (a blank canvas arranged with several strips of felt) and the actual Osiris myth. By the end of the piece I found myself wanting to listen again, following the score and paying more attention to the Osiris-related themes of fragmentation and reconstruction.

Claude Debussy’s La mer is one of those pieces that I know I should like. Beautiful orchestration, convincing tone-painting of sea images…and yet I don’t get much out of it besides a few memorable moments. Maybe I just have trouble with French Impressionism. This first encounter with a live performance didn’t do much to change my mind, but I still marveled at some of the playing. The cellos in particular were a highlight, perfectly poised in a unison passage in the first movement and every other time they were featured. The excellent brass continued to impress; one moment in the third movement actually sent a shiver through me. Watching this music live, I noticed how often Debussy’s scoring featured the brass and winds, rather than high strings. Both sections really seized on the opportunities to shine. Also notable was a lovely oboe solo in the third movement (played by Katie Young Steele) over a bed of the quietest violin harmonics.

In a smart programming choice, Camille Saint-Saëns’ “Egyptian” Piano Concerto No. 5 served as a palette cleanser from nebulous musical forms before the Scriabin. I had sort of dismissed this concerto in the past, but guest pianist Javier Perianes sat down and played this music with such care and imagination that he elevated it to a new plane. His expressive approach drew out more of the romance in the first movement, and he showed a full spectrum of tone colors. A few scales came across rather undefined, whether from too much pedal or the acoustics of the hall (Piano concertos rarely sound ideal in Uihlein Hall). The second movement of the piece contained much of the true “Egyptian” content, with modified scales and quotations of a tune that Saint-Saëns heard while traveling down the Nile River. It’s an odd movement, full of twists and turns, but it came to vivid life in the hands of Pintscher and Perianes. In the third movement, muscular minor-mode music reminded me why Saint-Saëns is often called the “French Beethoven.” Mr. Perianes continued to make a case for the music, all the way to the scintillating broken-octave passages in the coda. The audience leapt to their feet. For an encore, Mr. Perianes played Grieg’s Notturno from Lyric Pieces with great simplicity and elegance.

A dozen or so additional players walked onstage to fill out the colossal orchestra for Alexander Scriabin’s Poem of Ecstasy. This piece is concerned with sexual pleasure, but also the ecstasies of the mind, of inspiration, of art. It’s wild music that sometimes sounds like it’s coming from another dimension. Indeed, during this performance I often thought of the titular characters of the show Rick and Morty teleporting into various dimensions, and quickly exiting the more chaotic ones. After the main themes were initially announced by trumpet and oboe, the instruments came to feel like characters I had gotten to know during the night as a result of the consistent brass-and-reed-heavy orchestration.

I understand this piece is a huge challenge for the conductor, who must manage dozens of moment-to-moment details in hazy textures, while also pacing properly through a series of cresting waves, all the way to the final climax. In this performance, sometimes after coming down from a peak, the music became a little unfocused until the next line of development. But I loved the peaks themselves, and the final development was dizzying, with different solos popping out like distant galaxies in a star field. In the final climax, Pintscher achieved a grand, hefty sound for a satisfying C major release. After an evening of endlessly searching music, the emphatic affirmation of this moment was pretty profound.

During the standing ovation for the Scriabin, I perceived a vibe of more shell-shock and disorientation than the gut-reaction that greeted Saint-Saëns. But the trumpets got a special acknowledgement and deserved it. They had a really good night. I left the Marcus Center on a musical high similar to my feeling after Present Music’s StalheimTime finale last week, and honestly, The Poem of Ecstasy and some of the musical “happenings” of the 1960s have at least one thing in common: gathering groups of people together and buckling up to head toward a singularity of musical pleasure.