By Claire Hyman, Milwaukee Neighborhood News Service - Jun 5th, 2019 11:37 am
Get a daily rundown of the top stories on Urban Milwaukee 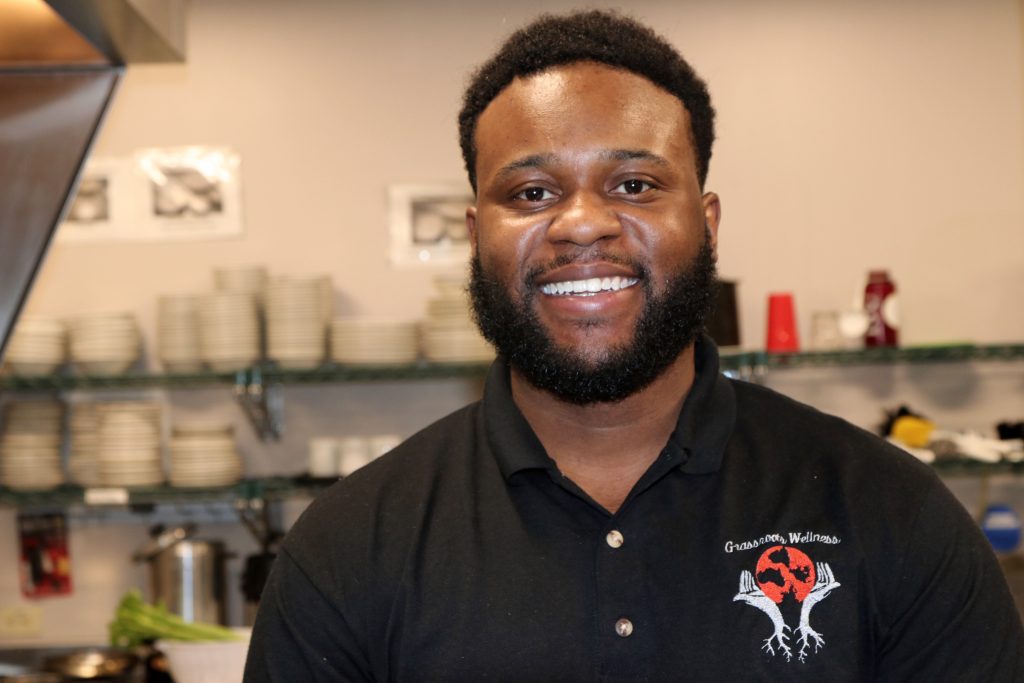 “He burnt up plenty of my stoves” is how Sammy Smith’s mother describes her son’s culinary beginnings. Now 29, Smith runs Grassroots Wellness Milwaukee, a meal-prep business. Photo by Claire Hyman/NNS.

Sammy Smith doesn’t need to glance at a cookbook as he moves through the kitchen at the Urban Ecology Center in Riverside Park.

Despite Smith’s current confidence, his mom, Tammy, said that his culinary skills weren’t apparent at first.

“He burnt up plenty of my stoves,” Tammy said.

Tammy, now retired, worked in healthcare all her life — first as a phlebotomist, then as a nurse. She says she was surprised when her son developed a passion for healthy eating and started his business, which provides nutritious prepared meal plans to people with diabetes, heart disease and high blood pressure.

Smith says he wants people to live better, healthier lives. But it’s also personal for him: His mom, who is 54, has Type 2 diabetes.

“Growing up in our household, we ate a lot of soul food — black, ethnic food. That contributed to [my mom’s] diabetes and contributes to a lot of health issues within my community that are solvable through changing the way you eat,” Smith said.

Family and work friends made up most of Smith’s clientele when he first started out in 2016, but the business has grown and Smith said he now caters to bodybuilders and gyms in Milwaukee.  On Sundays and Wednesdays, he delivers meals directly to his clients’ homes.

One of Smith’s goals with Grassroots Wellness is to educate the community about healthy eating, and he partners with local organizations to lead workshops and classes.

Last summer, Smith brought his food processor, spices and recipes to a workshop he led in collaboration with Dream Keepers, a nonprofit mentorship and leadership program for teenage girls and women.

In the workshop, Smith spoke about the importance of implementing healthy eating habits. He said when he asked the group how many had brought Cheetos to eat for lunch, five raised their hands.

“A lot of them don’t get the opportunity to have a healthy meal,” Smith said. 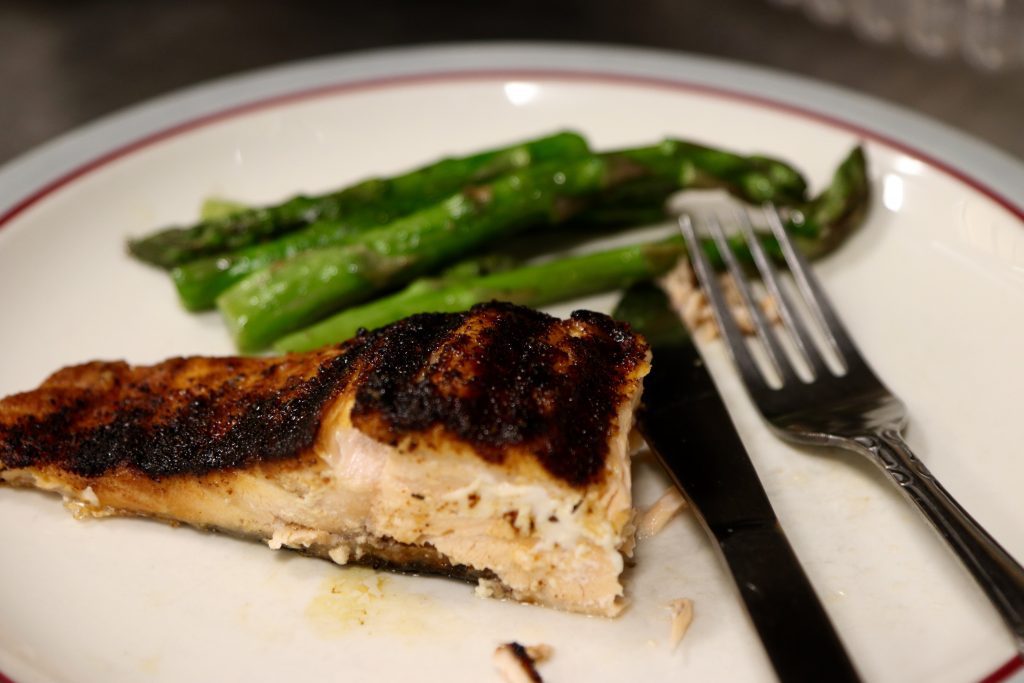 Sammy Smith says he wants people to live better, healthier lives. Many health issues “are solvable through changing the way you eat,” he says. Photo by Claire Hyman/NNS.

Danielle Williams, the founder and CEO of Dream Keepers, said Smith taught the girls how to make power shakes and veggie omelets. When Smith instructed them on how to make a power shake with spinach and cumin, Williams said the girls were skeptical. Once they tried it, though, they were won over.

“I could see that that opened up their eyes to eating more green, leafy vegetables,” Williams said.

Fitness has been a part of Smith’s life since high school.

When he was a teenager, Smith played football, basketball and ran track for North Division High School in Lindsay Heights. In Smith’s senior year, his teammates walked the two blocks from school to McDonald’s to eat. This was right before a football game.

Smith said he saw an employee “cook” a bag of ground beef by thawing the beef in boiling water.

Smith passed on the McDonalds, and the outcome of the game made it clear to him that there was a connection between eating healthily and performing well.

“They didn’t perform well that game. They just got torched,” said Smith, who grew up in Milwaukee’s 53206 ZIP code area – an area beset by concentrated poverty, extreme joblessness, mass incarceration and declining incomes for those who are employed.

A study by Lisa Powell, a professor and director of health policy and administration at the University of Illinois, found that nearly 60 percent of restaurants in predominantly black, segregated neighborhoods are fast food establishments.

Powell concluded that places like Lindsay Heights, which Census data shows is 87 percent black, often have higher rates of obesity and diabetes.

“There are a lot of people in the inner city that struggle with their weight, struggle with eating healthy,” Smith said. He believes giving communities healthier food options is part of the solution.

In the future, Smith hopes to make his prepared meals more accessible to the people who need them most.

He said he knows that eating healthily can increase mobility for people who are homebound, collecting social security and disability support.

“Seeing my mom go through it, I know that if she was able to understand how food connected with her health, she’d be in the workforce,” Smith said.