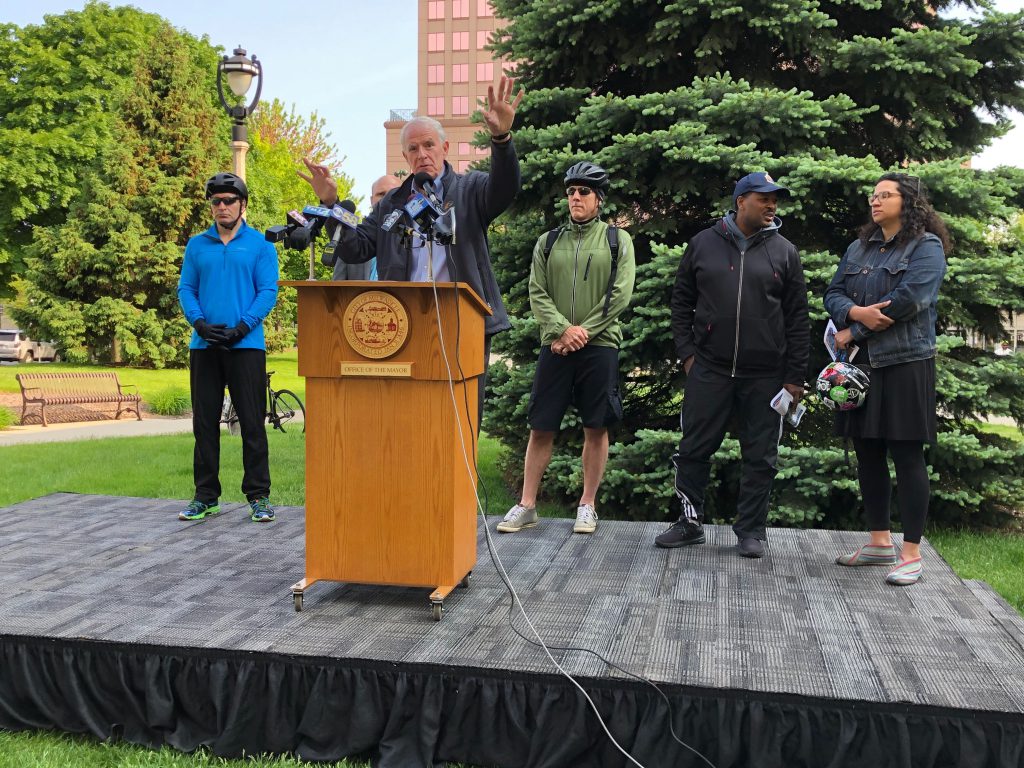 “We are trying to create an all ages and abilities bike network,” said Mayor Tom Barrett at a brief press conference. Barrett, who cycled to the event on a Bublr bike, ticked off a list of accomplishments that he said are cumulatively moving the city forward on cycling. Those changes include a recently adopted Complete Streets policy, new protected lanes on the E. Locust St. and E. North Ave. bridges, bike boulevards planned for Riverwest, a 26-station Bublr Bikes expansion and the recent awarding of silver status for bike friendliness by the League of American Bicyclists. “There is a lot of work that is going on,” said Barrett.

The early morning event featured approximately 100 people converging on Red Arrow Park from all corners of the city. Organized rides were led by Barrett, Common Council President, Ald. Ashanti Hamilton, and aldermen Nik Kovac and Tony Zielinski in partnership with representatives of the Bicycle Federation of Wisconsin.

“We want people to get out here and experience biking on the streets,” said Hamilton. The alderman, making his second Bike to Work week appearance, also offered a word of guidance to motorists. “One of the things we want to highlight is nothing takes the place of common sense.”

Kovac, the council’s regular cyclist, offered a fashion note, referring to the diverse clothing choices made by the officials joining him on stage. “You can really wear anything when cycling in the city,” he said.

The East Side and Riverwest representative also said that improvements to bicycling infrastructure can improve conditions for everyone. “I don’t think we emphasize enough how cyclists, pedestrians and motorists are all in the same boat,” said Kovac. He noted that the installation of protected bike lanes on the E. Locust St. and E. North Ave. bridges made things better for everyone involved.

Statistics offered at the press conference by Caressa Givens of the Bike Fed buttressed Kovac’s case. She said measurements taken before and after the lane’s installation show a 70 percent drop in motorists speeding in excess of 40 miles per hour, a 114 percent increase in cyclists and an increase in motor vehicle traffic. “When you build it they will come. When you build it they will calm,” said Givens to cheers from the crowd.

Zielinski, who was joined by this reporter and approximately 10 other people for an easy ride in from Bay View, said the city’s improvement to “silver” status for bike friendliness is a good step. “I want to see the city of Milwaukee rise up the ranks of fitness level as well,” he said.

The scale of the event has grown tremendously in recent years. What previously was just a single ride from near the mayor’s west side home now includes rides from Bay View, Riverwest, and Arlington Heights (N. 9th St. and W. Capitol Dr.) to Downtown. Representatives from a variety of community groups and non-profits now regularly join the ride, including Black Girls Do Bike, Bublr Bikes and Safe and Healthy Streets MKE, which now have a significant presence on the rides.

A host of other Wisconsin Bike Week events are planned, including commuter stations with free coffee. A number of cycling events took place over the weekend including the United Performing Arts Fund (UPAF) Ride for the Arts. 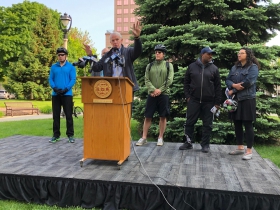 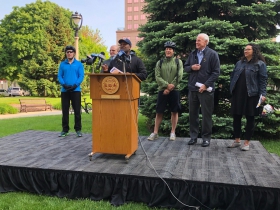 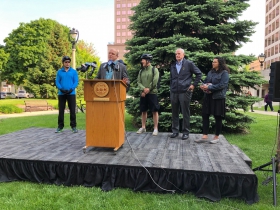 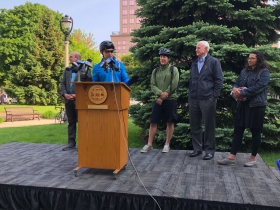 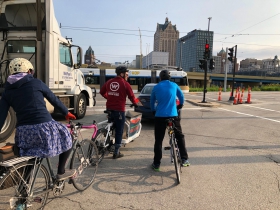 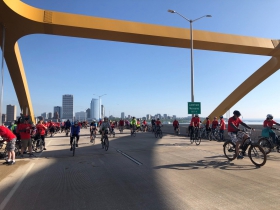