Call Her a Yoga Entrepreneur

Joanna Brooks went from hating yoga to running her own studio at the Sherman Phoenix.

By Ana Martinez-Ortiz, Milwaukee Neighborhood News Service - May 30th, 2019 10:59 am
Get a daily rundown of the top stories on Urban Milwaukee 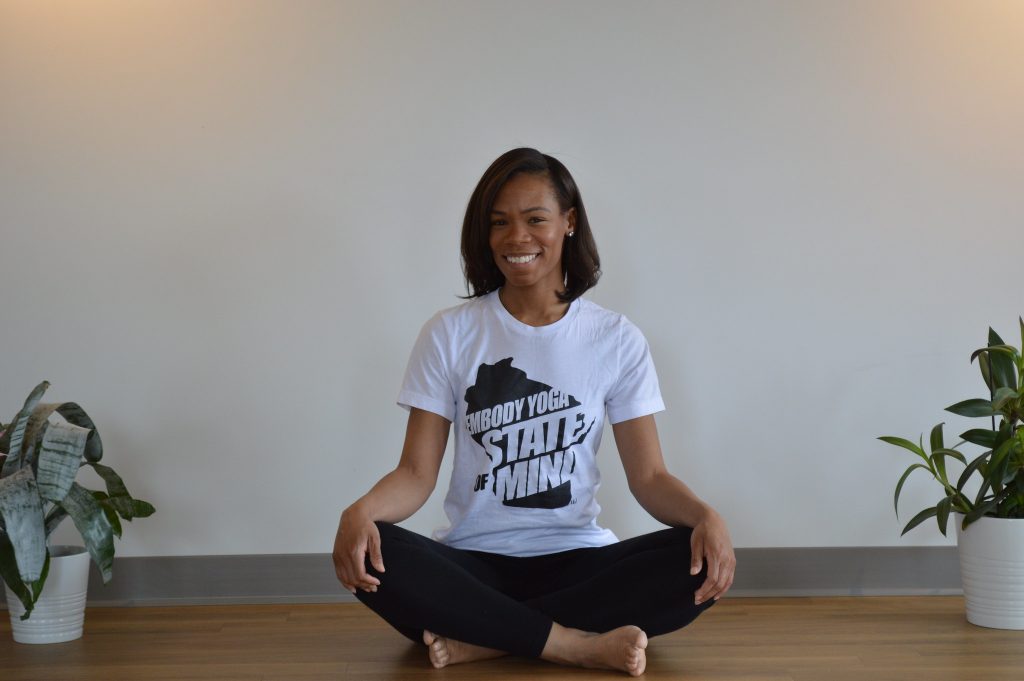 Joanna Brooks says her ultimate dream is to open a retreat center where people can practice yoga, meditate and eat healthy. Photo by Ana Martinez-Ortiz/NNS.

The first time Joanna Brooks did hot yoga, she hated it.

Despite her initial dislike, Brooks found herself returning to the studio enough times to become a regular. Now, several years since that original class, Brooks is not only a yoga instructor but she’s a studio owner.

Brooks’ studio, Embody Yoga, is located on the third floor of Sherman Phoenix at 3536 W. Fond du Lac Ave. It was one of 27 businesses that opened this past November during the Sherman Phoenix’s grand opening.

In 2016, the Yoga Journal and the Yoga Alliance released a report that found of the 36.7 million yoga practitioners in America, 72 percent were women and 28 percent were men. Of that, 45 percent said they practiced at a studio. 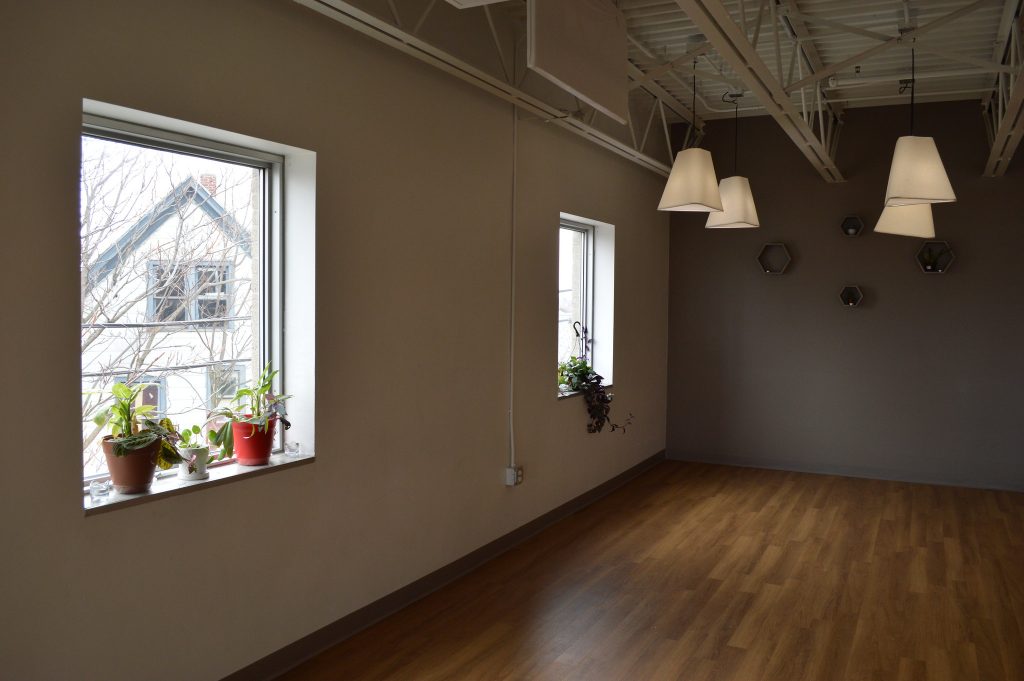 During the Sherman Phoenix construction project, Joanna Brooks spoke with the designers to express what she envisioned for the studio space. Photo by Ana Martinez-Ortiz/NNS.

Brooks, a Milwaukee native, began practicing yoga in middle school. As her siblings prepared for the school, the commotion would wake Brooks up and she’d turn on the TV to find something to watch.

While flipping through the channels, Brooks came across an “old white lady” doing yoga.

Intrigued, Brooks began following along. The lady, Lilias Folan, was known throughout the nation for her PBS show, “Lilias, Yoga and You.”

“I loved it,” Brooks said. “I can’t articulate why, but it felt really good.”

Eventually, Brooks traded in yoga for aerobics and running in high school and later dance as an undergraduate at Marquette University. Then, one day Brooks decided to try yoga again.

“I used to hate hot yoga,” Brooks said, who first took a Bikram yoga class where the room is kept at 105 degrees.

The first 10 to 15 minutes were OK, she said. But then she took a break and never got back up.

Over time, Brooks started going back and in 2014, she became a registered yoga instructor.

The idea to start her own practice came to Brooks during “savasana” or “corpse pose,” the final relaxation pose taken at the end of each practice.

“The idea came so clearly,” she said. “I want to help people feel the way I feel.”

As an instructor, she began teaching at other studios before starting Embody Yoga.

From teaching to owning

“I had this idea in my mind that I had to teach for several or 10 years before opening my own studio,” Brooks said.

At the beginning, Embody Yoga was simply a yoga business. Brooks taught classes on the north and south side. She held practices in churches, studios and Walnut Way. When she hosted special yoga events, she found that almost 98 percent of the participants were women of color.

Through feedback, Brooks learned that more people would do yoga if she had a studio.

“Then I was presented with the opportunity to have a studio at Sherman Phoenix,” she said.

At first, the thought seemed daunting, but Brooks didn’t let her doubt stop her.

Several months in, Brooks is glad she now has a “professional space.” The classes are fuller, she’s hired more instructors and now Embody Yoga is her full-time job.