The Strange Life of Connie Converse

“How Sad, How Lovely” among the haunting songs by this lonely songwriter. 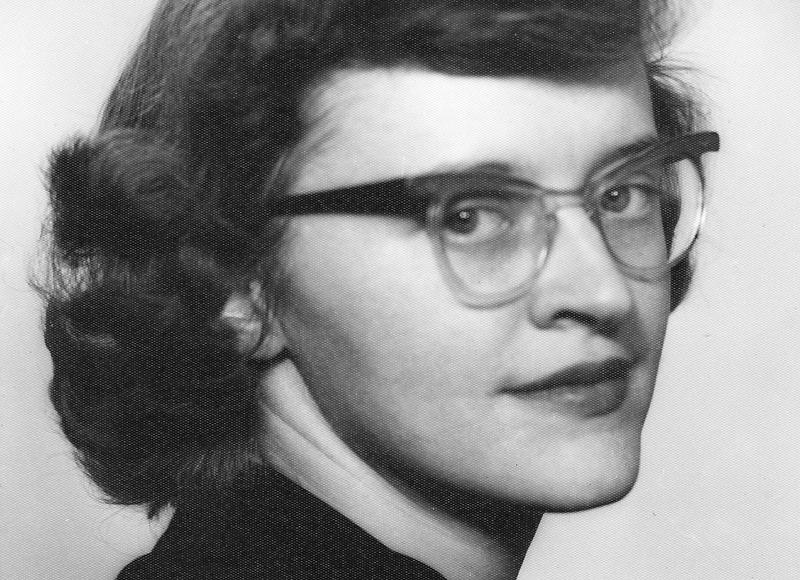 An artist’s biography colors the experience you have listening to their work. This is a double edged sword. Instead of loving the work for itself, you’re bludgeoned with back story and bound by an unspoken contract to not criticize it. To place things above criticism by virtue of the artist’s sterling character is a mistake. I’ll probably always admire Woody Allen and Jerry Lee Lewis, but it’s their work that shines, not them. There are also times, though, when life and art go hand in hand and separating one from the other would be a mistake.

When I heard Connie Converse recently, I had to look her up. I did remember reading about her a while back but was foggy on the details. Her biography is very sketchy, probably by choice. She performed for a large audience just once — in 1954 on “The Morning Show” on CBS with Walter Cronkite. The rest of the time she was writing songs and recording them in the New York apartment of a friend, Gene Deitch, a well known animator who got her the TV appearance. Deitch was a true believer but the task of escorting this odd recluse out of the shadows to claim her place in the spotlight was doomed to fail.

Recently rediscovered, Converse was instantly tagged by those who see singer/songwriters behind every tree as an early example of that hit-and-miss genre. Writing and singing in the 1950’s before that term was invented, she was technically in that category, but that’s where the similarities end. There is a feeling of compulsion in her music, a sense she had no choice but to express herself. Listen to her singing “How Sad, How Lovely” in this crude home demo —  it will remind you of no one, and certainly no category.

If this performance kind of clangs in your ears, join the club. This is not about what a great singer Ms Converse was. She sounds like an elementary school music teacher. With zero blues and only a hint of swing in her voice, she would be easy to dismiss if what she was singing wasn’t so polished and so devastating:

How sad, how lovely,
how short, how sweet,
to see that sunset
at the end of the street.

And the day gathered in
to a single light,
and the shadows rising
from the brim of the night.

Too few, too few
are the days that will hold
your face, your face
in a blaze of gold.

How sad, how lovely,
how short, how sweet,
to see that sunset
at the end of the street.

And the lights going on
in the shops and the bars,
and the lovers looking
for the first little stars.

The sense of isolation in this compact lyric is intensified by the image of a spinster in training. Viewing the end of the day with no perspective and treating it like the end of the world, she is not one of those lovers waiting on the first little stars, and never will be. I think Kurt Weill would be happy to claim this song. (Her music is performed by a variety of artists, including Laurie Anderson, on the 2017 album Vanity of Vanities: A Tribute to Connie Converse.)

Born in New Hampshire, Elizabeth Eaton Converse (Connie was a nickname) was a loner’s loner who lived for years in Greenwich Village, where she probably should have stayed. But she tired of the city and moved to Ann Arbor where her brother lived and worked her way up from secretary to managing editor at The Journal Of Conflict Resolution (no kidding!). When that organization relocated to Yale she was left behind. That seems to have been the last straw. She wrote a few friends and family, letting them know she wanted a new life somewhere where no one knew her. You’d think Ann Arbor would be perfect in that regard, but apparently it wasn’t. So she packed up and vanished without a trace. If you’re looking for a back story, hers is as strange and mysterious as they get.

Connie Converse was so singular it’s hard to imagine any other outcome. There is nothing dumbed down for mass consumption in her work. She also wrote poetry — had I encountered this song in a collection somewhere, I would have been just as moved. Having just written about the difficult art of writing happy songs, I’ll now admit it’s not any easier to express the sadness in this world. As someone who couldn’t be in it comfortably, she had a bit of an advantage. Connie lived and wrote from an outsider’s perspective. To do that and make it into something this beautiful is truly a gift. Too bad there’s nowhere to send the thank you note.

(Thanks to Liv Mueller for posting about Converse on Facebook.)