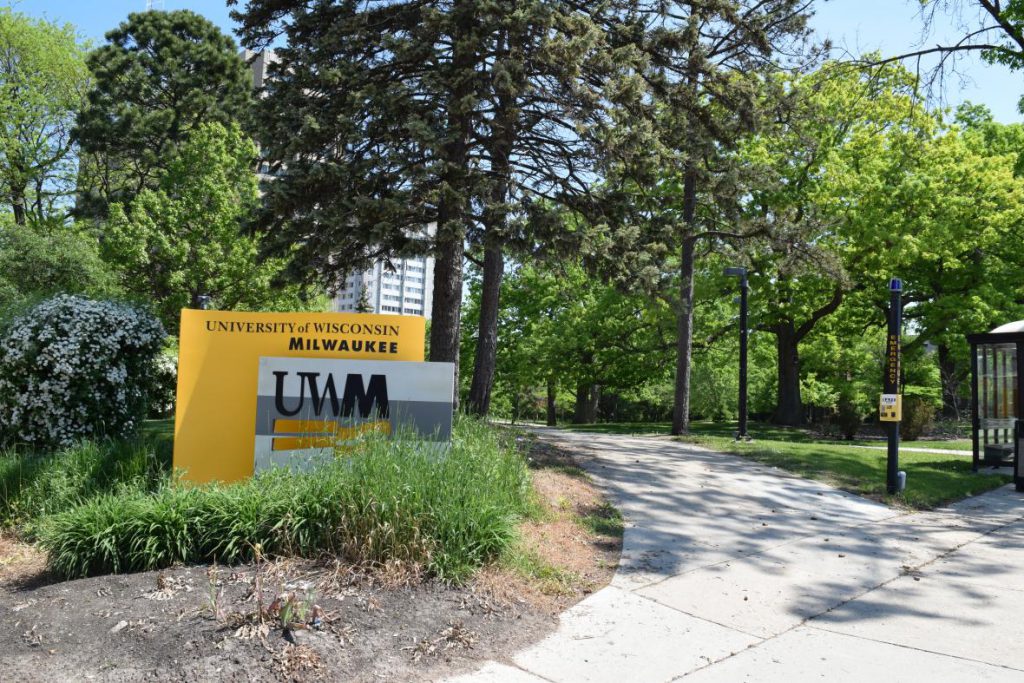 The University of Wisconsin-Milwaukee is the latest school in the state to contend with a high-profile incident of hate speech after a student displayed a Nazi propaganda poster and suggested “gassing the Jews” during an Israeli Independence Day event on campus earlier this month. The incident has left students outraged while administrators’ hands remain tied.

University police were reportedly called, although the student, identified as Kristian Gresham, was not arrested. UW-Milwaukee later released two statements saying while Gresham’s behavior is deplorable, it’s protected by the First Amendment.

Following the May 6 incident, an online petition was started calling for Gresham’s expulsion.

“What Kristian Gresham did was not just an expression of speech. He threatened the safety and education of his fellow students. ‘Gas the Jews’ is not protected free speech. It’s incitement of violence against the Jewish community on campus,” the petition states.

As of Monday, it had been signed by 987 people.

“I’m the wrong color to be a Nazi.”
A @UWM student is holding a swastika sign in front of an Israeli Independence Day celebration. He says he’s using the hate symbol to get attention. #uwm pic.twitter.com/msHXLg7CVc

The day after the campus incident, UW- Milwaukee Chancellor Mark Mone sent a letter to the campus community saying under the First Amendment, displaying offensive symbols, such as a swastika, to a general audience in a public space is protected akin to speech.

Anger continued to build over the next week, prompting a second letter from Mone on May 14.

“I strongly condemn the swastika and other messaging that it contained for what it is — hateful, anti-Semitic and an affront to our University’s values and dedication to inclusivity and diversity,” Mone wrote. “I am sick about this display and rise of anti-Semitism and neo-Nazism, not just on our campus, but across the nation and globe.”

“The outcome of these meetings will be an action plan, which may include initiatives such as the formation of a campus climate response team to address hate, a plan to communicate available on- and off-campus resources, and campus educational forums,” Mone said.

For the last 18 months, through its Freedom of Expression initiative, UW-Milwaukee has connected students with speakers to discuss First Amendment issues.

“As a university, it is our role and responsiblity, to help students know how to handle incidents such as the swastika issue and other attacks on certain groups,” Prince said. “We know this is not a one-off type of incident. Our goal is to help them understand they have resources and they are safe on campus.”

Photos on Twitter showed a whiteboard that said “No Liberals, Jews, Muslims, Queers or Hmongs.” Another photo showed a swastika hanging on the wall during a house party, according to campus officials.

The university held a public forum that drew hundreds of people to discuss tolerance on campus – it was the third such public forum at UW-Oshkosh.

At the time, Chancellor Andrew Leavitt said students’ rights to free speech might limit sanctions the school could take against students who had posted the hate speech on social media. The most recent memo released from the chancellor’s office said there’s no reason to believe any student is in danger.

Incidents On The Rise

A recent report from the LEAD Fund, a nonprofit advocacy organization, suggests incidents targeting students of color, different religions and sexualities are on the rise on college campuses.

The report, released in February, was based on 30 survey questions sent to public and private universities. Sixty-nine universities and colleges responded.

About 84 percent of participants said they knew of a behavior that violated the school’s antidiscrimination policy, and 82 percent had encountered a hate crime.

About 65 percent of respondents said they knew of a report that they considered hate speech. Two-thirds of respondents reported more than one incident in 24 months.

Zachary Greenberg, a program manager with right-leaning free speech watchdog, FIRE, said because public schools are bound by the First Amendment, they should have an action plan in place.