All would be registered when getting drivers license or state ID. Republicans oppose bill.

By Shamane Mills, Wisconsin Public Radio - May 21st, 2019 10:14 am
Get a daily rundown of the top stories on Urban Milwaukee 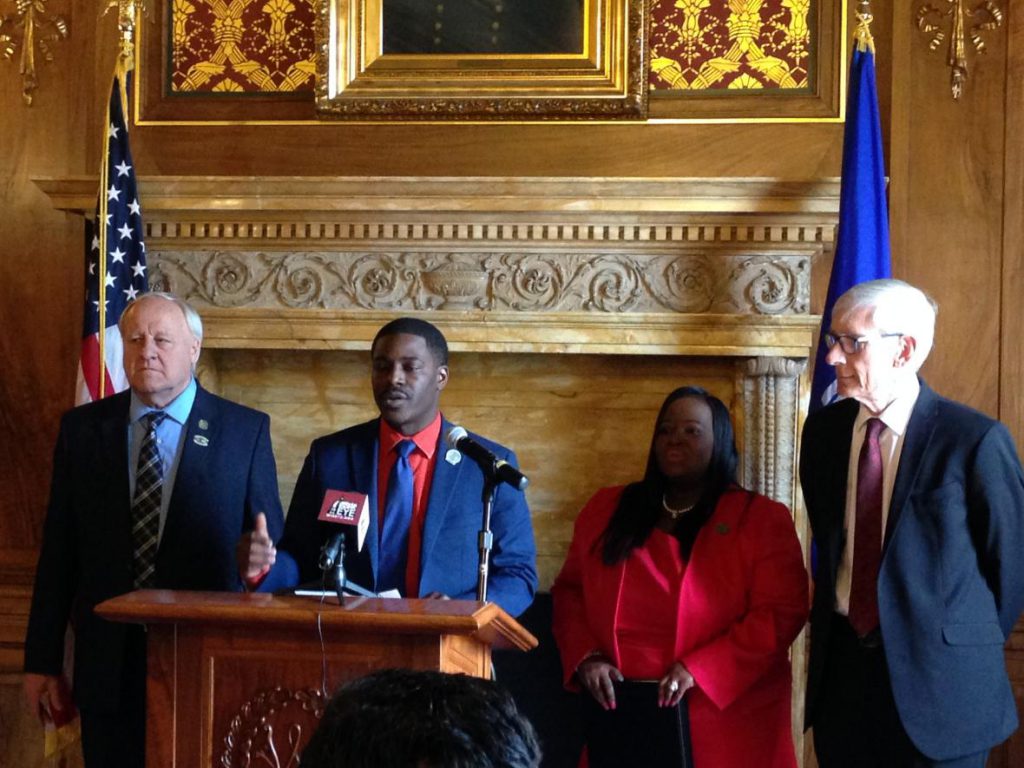 Wisconsin Democrats plan to introduce separate legislation for automatic voter registration which was taken out of Gov. Tony Evers‘ budget by Republicans earlier this month.

Under the bill, residents would be automatically registered to vote when they receive or renew their driver’s license or state ID cards. People could choose to opt out of having the state Department of Transportation transfer information to the Wisconsin Elections Commission if they want.

“Some view making voting easier as a democratic ideal. I can’t think of anything that is more bipartisan than getting people to vote,” said Evers.

Wisconsin should be aiming to get 80 to 90 percent of eligible voters to the polls, the governor said. But Democrats say Republican bills like voter ID and cutbacks to early voting have helped restrict voting in the state. Those laws are currently being challenged in court.

“This is the first time not only that we have a democratic governor in the past decade, but we are actually looking at putting up bills that encourage more people to vote. We know that greater participation will make our government more responsible and more representative of the people who are electing folks,” said Crowley.

Republicans say the law is not needed.

“This bill is a solution looking for a problem,” said Assembly Speaker Robin Vos, R-Rochester, in a statement. “It’s easy to register to vote in Wisconsin. Our state recently implemented online voting registration, and we have same day registration.”

This is not the first time Democrats in the state have proposed automatic voter registration. They also did so in 2015 with the Election Modernization Act. Hansen was a co-sponsor of that bill, too.

As NPR reported, a study by the Brennan Center for Justice shows more people vote if they are automatically registered.