No Shame in the School Lunch Line

Milwaukee state Rep. LaKeshia Myers is co-sponsoring a bill that would prohibit school districts from singling students out when it’s time to have a midday meal.

By Rich Kremer, Wisconsin Public Radio - May 20th, 2019 01:13 pm
Get a daily rundown of the top stories on Urban Milwaukee 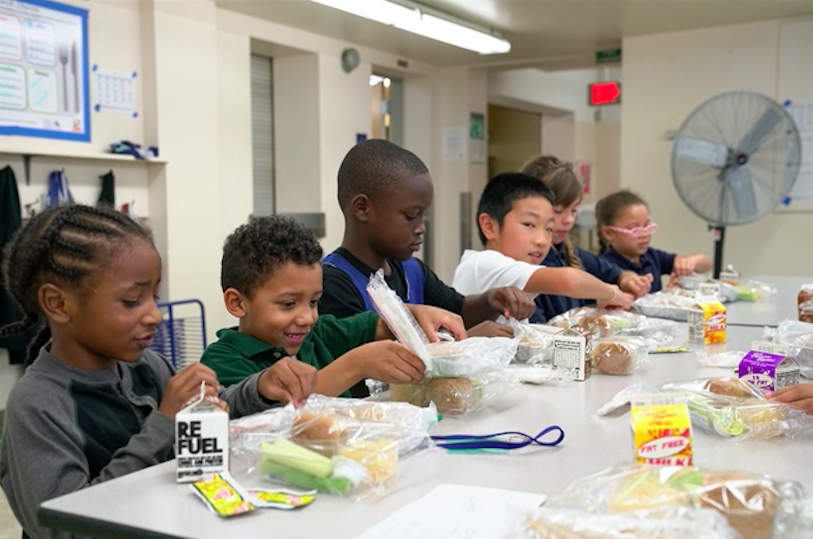 Legislation introduced by a bipartisan group of lawmakers seeks to keep students from feeling ashamed when their school lunch accounts are delinquent.

The bill was introduced by state Rep. Gary Tauchen, R-Bonduel, and has garnered multiple Democratic and Republican cosponsors. It would bar school districts from dumping student lunch trays or requiring students to work when accounts are in arrears. It would also require districts to communicate only with parents about lunch accounts and would bar schools from adding collection agency fees to student bills.

Tauchen said states like New Mexico and California have introduced similar legislation and a national discussion about how best to handle delinquent lunch accounts has followed.

“In the reduced lunch program, if kids run behind in their bills, there’s instances where they pull the lunch tray, dump it out, give them a lower quality meal, those kinds of things,” said Tauchen. “We just want to make sure children are fed so they can learn and not be in a position where they’re humiliated or embarrassed and with 420-plus school districts in the state, we want to try to standardize things.”

Tauchen cited examples of Wisconsin students allegedly being singled out in lunch lines due to lack of funds, including the Hamilton School District in Waukesha County and the Stanley-Boyd School District in Chippewa and Clark counties.

An investigation of alleged incidents at Stanley-Boyd schools was conducted in 2018 by an attorney with the Wisconsin Association of School Boards who confirmed former high school Principal Jeff Koenig dumped a student’s lunch tray when they were unable to pay after they’d already gotten food. It noted Koenig and other school employees felt pressure from the former district superintendent to address a negative $1,500 balance in the school’s lunch fund.

Keonig is now superintendent of Stanley-Boyd schools and said numerous changes were made to school lunch policies. He said he welcomed an attempt by the Legislature to address a complex problem but said many state and federal policy requirements proposed by lawmakers don’t come with funding to help districts apply them.

“If the state Legislature can do it in a way that’s going to solve the problem so that schools aren’t facing large deficits in their school lunch accounts and that the students all get to eat and get to have healthy lunches, then by all means I hope they can successfully do that,” Koenig said.

Tauchen’s school lunch bill does not include funding for districts to implement policy changes. A fiscal estimate by the Wisconsin Department of Public Instruction noted that without state funding for the changes, “It is assumed that operational changes made as a result of this bill would be adsorbed within existing school resources.”

The bill would also allow school districts to accept donations from individuals and businesses that could be used to pay off delinquent lunch accounts.

State Rep. LaKeshia Myers, D-Milwaukee, is a cosponsor of Tauchen’s bill. She said she supports the effort because it’s getting ahead of a national trend.

“I think this is a proactive bill for Wisconsin in many ways so we don’t end up in the national light like other states have been where it comes to students not being able to eat lunch and having their meals thrown away or having some other outward display of you can’t afford a full lunch,” Myers said.

Meyers said there haven’t been any issues in her district partly because 100 percent of students in the Milwaukee Public Schools get free school lunches through a federal Community Eligibility Program serving low-income areas.

“So, I think that is something other school districts in Wisconsin can look to and use MPS as an example with because they were leading our state in that forefront of trying to have the meal issue not be an issue for students,” Myers said.