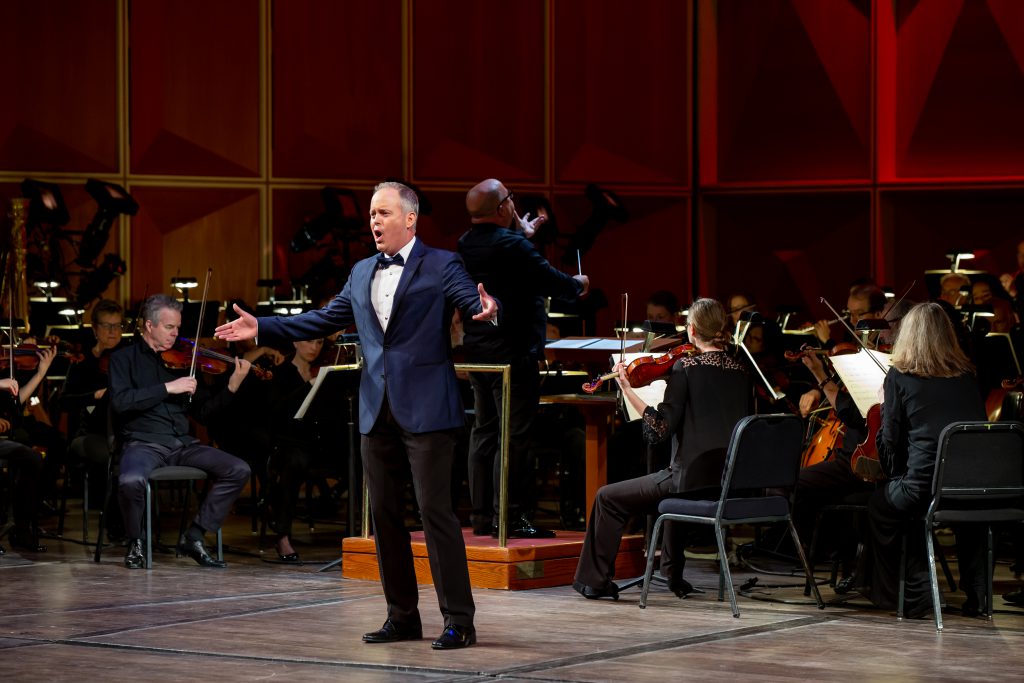 A showing of the Marx Brothers 1930s comedy classic, “A Night at the Opera,” would have likely drawn a larger crowd at Uihlein Hall.

But you can’t blame the Florentine Opera for reclaiming the same title without buffoonery — this time for a stellar collection of arias from past productions, presented concert-style by a sterling group of imported singers and regulars who are circling the next steps toward national attention.

Friday, May 17, was the first time in memory for a Florentine opening that the cavernous hall — seating capacity: 2,300 persons — was only about a third full. One possible reason could be a lot of opera fans are also basketball fans, since a few blocks away the Bucks were simultaneously destroying the Raptors.

Some would-be attendees also might have regretted the absence of the originally scheduled “Fidelio.” Another possible theory: They had grown beyond a gorgeous, but familiar, collection drawn from Mozart, Puccini, Verdi, Saint-Saens, Bizet and more — all operas the Florentine has performed in the past 85 years.

The only bow to contemporary opera came early as the wrong way to introduce the eminent guest soprano for the event. A score decidedly was held while singing an aria that demands to be acted, “Ain’t It a Pretty Night,” from Carlisle Floyd’s, “Susannah.” 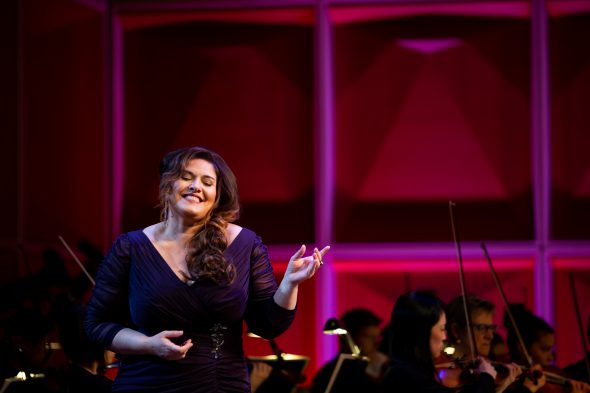 But when Alexandra LoBianco could take on the full flavor of the characters, her singing was pinpoint — moving from soft to large, always flexible and alluring. The show’s most notable highlight was an excerpt from “Tosca,” where she and tenor Jonathan Burton collided gloriously large passions and flirtation in engaging pantomime.

An excerpt from “Madame Butterfly,” a duet with mezzo Briana Moynihan, was much harder to convey in a presentational concert version, since it screamed for actual interaction, rather than token pantomime. LoBianco tried in vain to express the underlying emotion.

Every appearance by Burton — a savvy, relaxed and dramatic tenor — was rich in interpretation and heroic notes. Another imported guest, mezzo Elise Quagliata, had those gripping seductive lower tones familiar in mezzo roles like Carmen. Her selections and performance relied on that appeal.

Outstanding work from “Pagliacci” to “Faust” was provided by baritone Corey McKern, whose tones were soaring, melodious and self-contained. He and tenor Burton were the male standouts in this concert format, carefully pacing their emotions and gestures with the relaxed confidence of first-class singers.

Confidence in their own originality, personalities and size of their voices set the Baumgartner Studio Artists on a slightly lower tier than the imported big-timers. Nathaniel Hall, a most capable baritone in Mozart and Verdi, still lacks the centered command of Corey McKern.

Nicholas Huff — the delicious, high comic and romantic tenor quite different from the passionate anger that is Burton’s repertoire — sometimes seems surprised at the quality of his own voice. He has not yet mastered how to seize the stage and wrestle the crowd to its knees.

Nicole Heinen was handed the aria that is every soprano’s mettle test, “Juliette’s Waltz,” from Gounod’s “Romeo et Juliette.” She brought it off with beauty and mischief, but she’s not yet confident her voice could be of the size and freedom of the great ones.

The singers relished and sometimes opened new insights into this collection of golden oldies. Always a huge plus in these endeavors is the full Milwaukee Symphony Orchestra, under meticulous opera-attuned conductor Joseph Mechavich. You can’t expect inspirational orchestral performances for so rapid a series of familiar vignettes, but this orchestra was its profoundly professional self.