Robert Greenstreet Stepping Down as Dean of SARUP

Long-time UWM leader will return to teaching after 29 years at helm of architecture school. 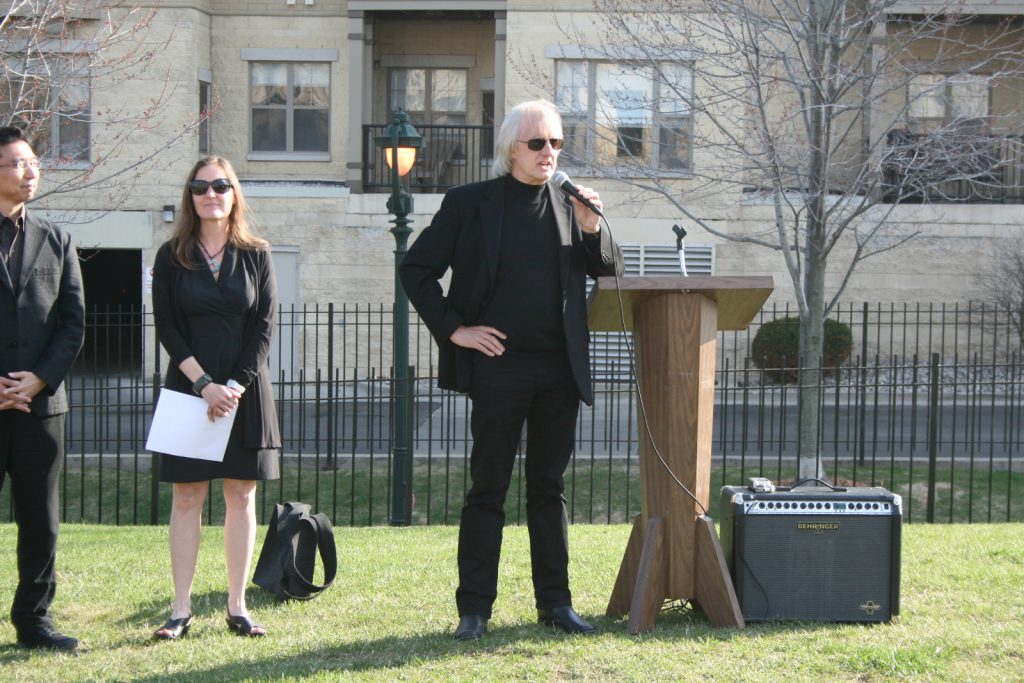 As UW-Milwaukee students cross the stage at the Panther Arena this weekend, one of their professors will be following them to new endeavors.

Robert Greenstreet, the longtime Dean of the School of Architecture and Urban Planning (SARUP), is stepping down as the head of the school.

“Next week, at Commencement, I will have the inestimable pleasure of dressing up like a reject from a Harry Potter movie and presenting well-earned degrees to our latest batch of outstanding students. This, I think, will be my 68th graduation ceremony. That’s a lot of dressing up. You know, it really is time to stop,” said the architect in an announcement to students earlier this week.

Greenstreet has led the school for 29 years, but said that administration has increasingly taken him away from teaching and research. He’ll take a sabbatical, starting in his native England, before returning to the university as a professor in 2020.

“And no, I haven’t been fired, contracted an exotic disease or won the lottery – it’s just that, after 34 years in academic administration, 29 of them as dean of this wonderful school, it’s time to give someone else a shot,” said Greenstreet.

“It has been a privilege to be dean of this school and I’ve enjoyed every minute of it, but I’m looking forward to returning to teaching, research and service. My life in academic administration only permitted four full years of ‘real’ work in the early days, and I can’t wait to inflict my unique style of teaching on new generations of unsuspecting students,” he said.

During his tenure at UW-Milwaukee, he has served as Interim Chancellor, Assistant Vice Chancellor, Deputy Chancellor for Campus and Urban Design and Interim Dean of the Peck School of the Arts. He started as an assistant professor in 1981.

He served as chair of the City Plan Commission from 1993 to 2004. He served as Director of Planning and Design for the Department of City Development from 2004 to 2009 and is now an informal advisor to the department.

Greenstreet earned a Ph.D. from Oxford University in 1983.