The group is holding its second concert of the season at the Wisconsin Conservatory of Music.

Do I hear a waltz? The Philomusica Quartet is returning to the East Side on Monday, May 20, for a second concert of the season at the Wisconsin Conservatory of Music. Each of the works references dance — either the waltz, as we know it, or the waltz, viewed through a playful lens.

The Philomusica (violinists Jeanyi Kim and Alexander Mandl, violist Nathan Hackett and cellist Adrien Zitoun) pay a great deal of attention to their interpretation of works. In this concert, dance may be influenced by ethnic traditions, an evolving voice or breaks from the traditions of western classical music of the time.

In Waltzes, Op. 54, Antonin Dvořák wrote a traditional set of eight waltzes for piano. Two were revised for string quartet and orchestra. The Philomusica will play Nos. 1 and 4 — the only ones adapted to a string quartet. The two offer a contrast. The first suggests the refinement of upper-class Czechoslovakia, the second the folk-music played by village bands.

Sergei Rachmaninoff wrote String Quartet No. 1 as a student. An international phenom as a pianist and a composer of dramatic piano works, his string quartet will seem unfamiliar. Written for his teacher, Anton Arensky, listeners may hear the influence of Piotr Tchaikovsky and others of the Moscow Conservatory.

Rachmaninov did not complete this quartet. The Romance and Scherzo sections suggest the emotional wistfulness of late nineteenth century Russian music. Richard E. Rodda suggests, “The Romance embodies the pervasive sadness then prevalent in upper-class Russian life.” The scherzo offers a vigorous dance.

Russian composer Alexander Borodin composed several chamber pieces at a time when his colleagues in mid 19th century Russia were avoiding the genre. Russian nationalist composers sought folk melodies recalling the spirit of Russian Caucasus. With that exotic resource, the String Quartet No. 2 in D major has become wildly successful.

Broadway composers Robert Wright and George Forrest borrowed several Borodin melodies while staging Kismet. They selected Bangles & Beads from the second movement of the Quartet. The third movement, Adagio, became, And This is My Beloved. Our familiarity with this work may be attributed to the popularity of that adaptation.

Once selected, the themes repeat with little change in the melody. Variation is found in the changing assignments to players and counterpoint. Borodin dedicated the quartet to his wife on their 20th anniversary. First violin and cello are often in dialogue. The cello speaks for Borodin, the violin for his wife. Kai Christiansen observes, “a tale of lovers complete with opening soliloquy, loving entreaty, an elegant dance, a tragic conflict and a sublime duet aria for the denouement.”

The concluding movement recalls Ludwig van Beethoven‘s String Quartet, Op. 130, which is a nod to the composer Borodin that his colleagues respected most, even as they advocated for a Russian identity in their music. 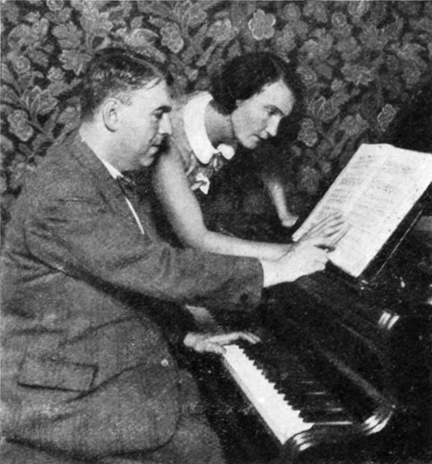 Erwin Schulhoff brings dance further into the 20th century. Schulhoff experienced a turbulent life. Born and educated in Prague, conscripted to serve in the Austrian Army in World War I, his world began collapsing with Hitler’s rise.

Radicalized by the turbulent times, Schulhoff contributed to the evolution of new forms of music in Germany. He was an active and respected contributor to the wild mix of expressionism, neoclassicism, jazz, folk music, microtonal music and others. His Jewish heritage and emerging leftist politics expedited his direction to arrest and death in a concentration camp in 1942 at age 48.

The selection the Philomusica is playing demonstrates the inventiveness and playfulness of many of his compositions. Written in 1923, Five Pieces for String Quartet has been organized as a neo-Baroque dance suite. Each movement reflects a different spirit — waltz, serenade, tango, tarantella and a tribute to Czech folk music. In this work, the waltz and other rhythms have been transformed. For example, what sounds like a waltz is not in 3/4 time. Energetic and clever, occasionally a parody, the full work is a compelling showcase for the Philomusica Quartet and a great way to close the concert.

From the familiar romantic strains of Borodin’s most famous work to the signature sound of Dvořák, the unexpected string composition of Rachmaninoff made familiar by a hint of Tchaikovsky, to the surprising energy and creativity of Schuloff, this program offers a pleasant, consistent evening of late romantic music and dance.

The Schulhoff work allows us to learn of an influential composer who once was well respected and too much forgotten today.

The Philomusica Quartet will perform at 7:30 p.m. Monday, May 20, at the Wisconsin Conservatory of Music, 1584 N. Prospect Ave. General admission tickets are $27.50, while cushy, front-row chairs are $37.50. Tickets can be purchased on the WCM website. (Student rates are also offered.)