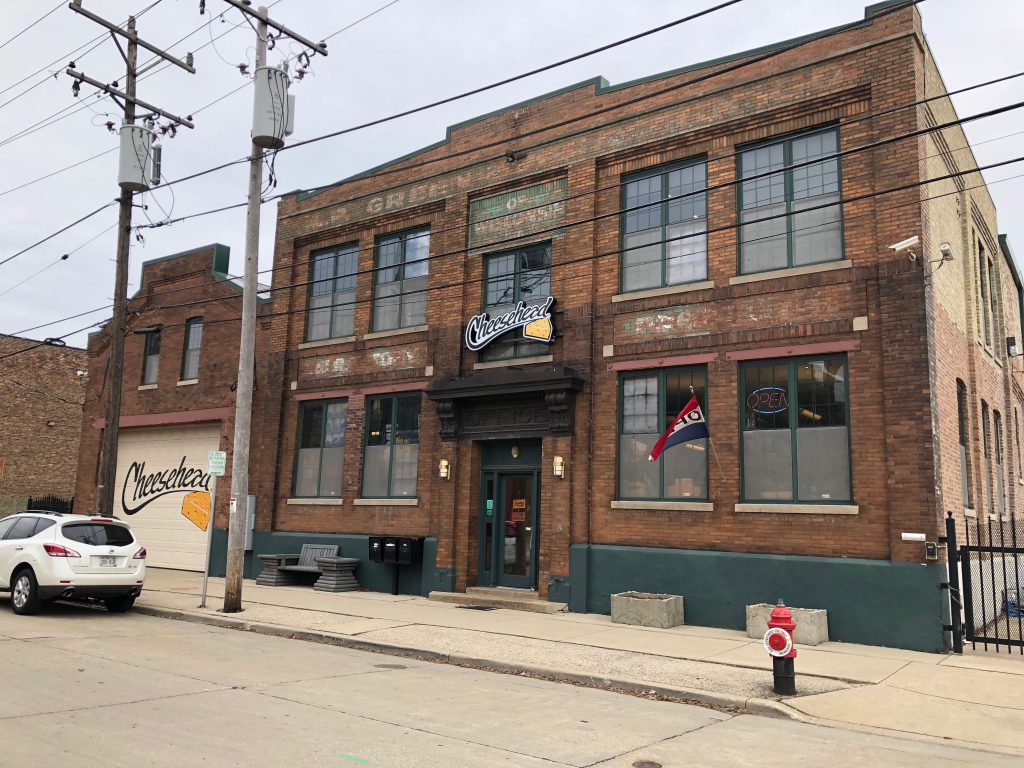 Foam Cheeseheads are something more often associated with Green Bay Packers fans and tailgating than they are with Milwaukee and manufacturing.

But the foam Cheesehead hats are actually manufactured in Walker’s Point by Foamation. And now the company would like to invite more of you in to see how the “cheese” is made.

The company secured approval from the City Plan Commission Monday afternoon to modify its manufacturing plant at 1120 W. Barclay St. to include an event space with a maximum capacity of up to 300 people.

Foamation has no plans to abandon manufacturing the triangular Cheesheads and a host of other foam products, including ties, visors and earrings, in Walker’s Point. “The primary function of manufacturing remains here. In fact it’s critical that it remains here because it’s the draw,” said project architect Craig Ellsworth.

The company began offering tours in 2017. The tours include the ability to make your own foam products, view the original 1987 Cheesehead on display in a hermetically-sealed safe, shop in the company store and enjoy a drink in the tasting room. Things have gone so well the company wants to expand the tasting room and grow its 49-person capacity.

A company representative said the plan is to host corporate events and weddings. “It’s an excellent high-bay building for this use,” said Ellsworth.

The factory, which sits just south of E. Washington Ave., was built in 1915 according to Wisconsin Historical Society records. A fence around the property would be modified to allow a direct connection for cyclists and pedestrians coming from the Kinnickinnic River Trail that borders the rear of the site.

According to company founder and Cheesehead inventor Ralph Bruno, the company has approximately 15 full-time employees in manufacturing and operations and 10 part-time staff members involved in events. It has been in the S. Barclay St. facility since 2016.

The question that seems to find itself in every expansion announced these days — what about the July 2020 Democratic National Convention? — was asked by Commissioner Patricia Najera. “Our hopes are by the end of the year to be quite honest,” said Bruno.

The proposal needs plan commission approval because of a special zoning district in which it resides. The plant sits within the city-designated Port of Milwaukee Development Incentive Zone overlay district that restricts event venues from occupying more than 10 percent of a building’s square footage without a variance according to City Planning Manager Vanessa Koster.

“We really want to focus on manufacturing uses,” said Harbor District planning manager Daniel Adams. He ticked off a list of desired users including small artisans, manufacturers and makers. But the non-profit organization supports the exemption.

Commissioner Joaquin Altoro asked city officials at the hearing if Foamation were to vacate the facility in the future, did the commission just create a turnkey event venue or bar? Koster said a new user could not use the exemption granted to Foamation.

The commission unanimously approved the change. Approvals to projects within Development Incentive Zones do not require approval from the Common Council.