Team collaborating with property owner and BigShot Robot to "Fear the Deer." 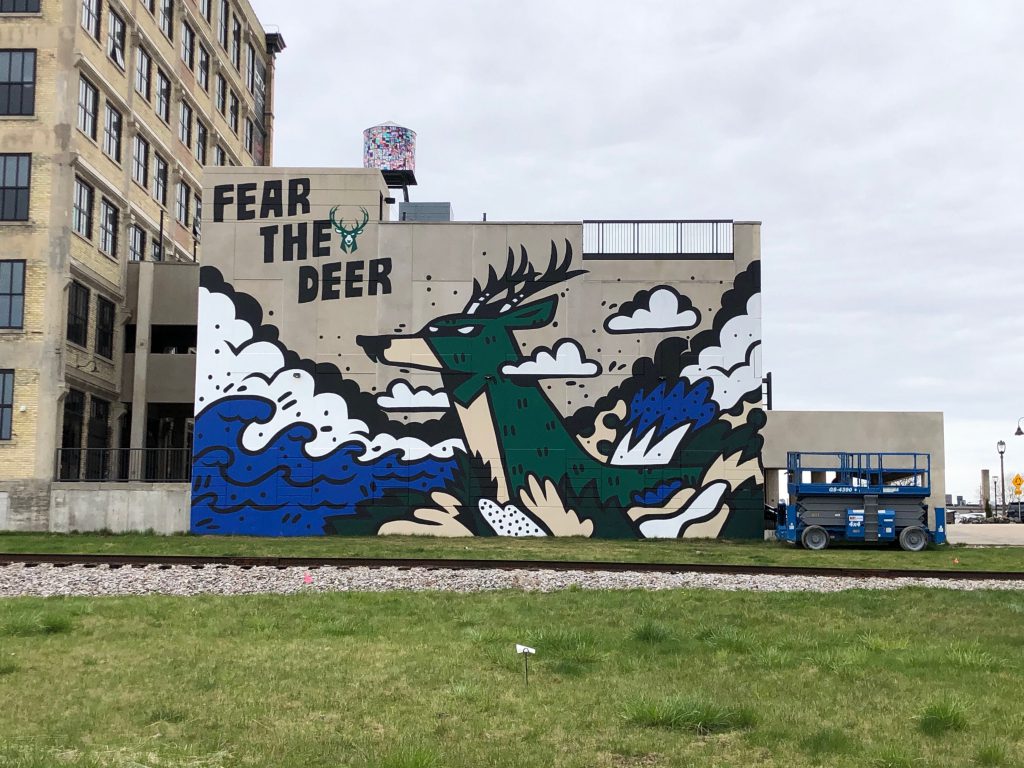 Milwaukee Bucks fever might be reaching an all-time high, at least as far as public art is concerned.

With the players on the court about to begin playing in the Eastern Conference Finals, the team is set to unveil a large mural this week in Walker’s Point. The mural is being painted by David Zimmerman, who paints and illustrates under the moniker Bigshot Robot.

The mural, which is best viewed from W. Freshwater Way in the Reed Street Yards or the S. 6th St. bridge, adorns the rear of the parking garage of the Brix Apartment Lofts at 408 W. Florida St.

The design features the team’s trademarked slogan “Fear the Deer” as well as a large buck charging through water.

The 98-unit apartment complex to which its affixed was developed by Hovde Properties in a century-old former candy factory. The mural isn’t the only one on the building. The north side of the historic building also features an intentionally-faded mural depicting the Ziegler Giant chocolate bar that was once produced in the building.

The Fear the Deer mural isn’t Zimmerman’s first. The artist has another piece at the ever-evolving Black Cat Alley near E. North Ave. as well as a number of commissions at private businesses, including MilwaukeeHome and Serve Marketing.

It’s also not the first Bucks mural in town, or even Walker’s Point. Artist Fred Kaems painted a mural of Bucks star Giannis Antetokounmpo on the side of a convenience store at 3600 S. Clement Ave. in the city’s Tippecanoe neighborhood. In the last month, artist Shawn DeKay painted Antetokounmpo’s likeness alongside an existing mural of Milwaukee Brewers outfielder Christian Yelich on the side of studio and coffee shop, Dream Lab, at 327 W. National Ave.

The new mural was preceded by a number of other Bucks promotions, including turning the Milwaukee River green, branding a streetcar, lighting up an office building and covering skywalks with Fear the Deer branding.

The team and Zimmerman partnered previously this season on one of the team’s six Milwaukee Mondays promotions. Fans purchasing a special ticket to the January 7th home game against the Utah Jazz received a t-shirt designed by Zimmerman.

The team has an extensive art collection inside and outside of Fiserv Forum, including 79 original pieces by 32 artists.

For more on the Brix Apartment Lofts, see our project profile. 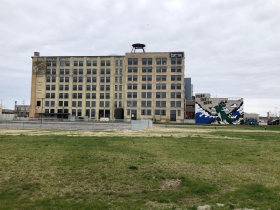 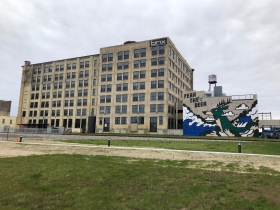 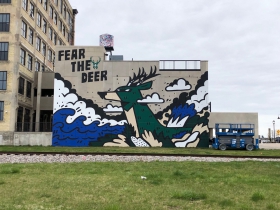