By Rob Mentzer, Wisconsin Public Radio - May 10th, 2019 10:54 am
Get a daily rundown of the top stories on Urban Milwaukee 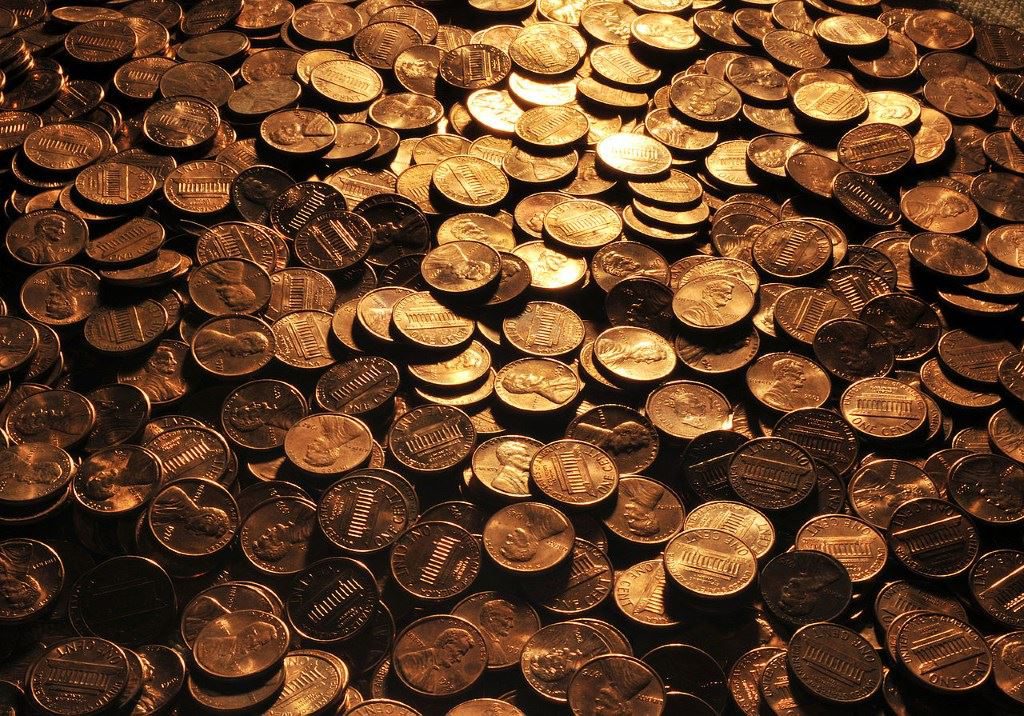 Growth in Wisconsin incomes has lagged the national average since the Great Recession, putting the state in the bottom third among the 50 states.

That’s the finding of a new report on personal incomes from the Pew Charitable Trusts. It finds Wisconsin ranked 33rd in the nation in income growth from 2007 to 2018.

The report, based on data from the U.S. Bureau of Labor Statistics, looks at total personal income, adjusted for inflation. It includes workers’ wages and benefits, but also accounts for income Wisconsinites made from owning a business or property, plus all income Wisconsinites received from Social Security or other government payments.

The overall finding: Wisconsin’s growth since the Great Recession has been tepid. Among its Midwestern neighbors, Wisconsin’s 1.4 percent growth trailed Minnesota (1.9 percent), Indiana (1.8 percent) and Iowa (1.5 percent), but it led Illinois (1.1 percent and was virtually tied with Michigan and Ohio, which both also had 1.4 percent overall growth in the years studied). 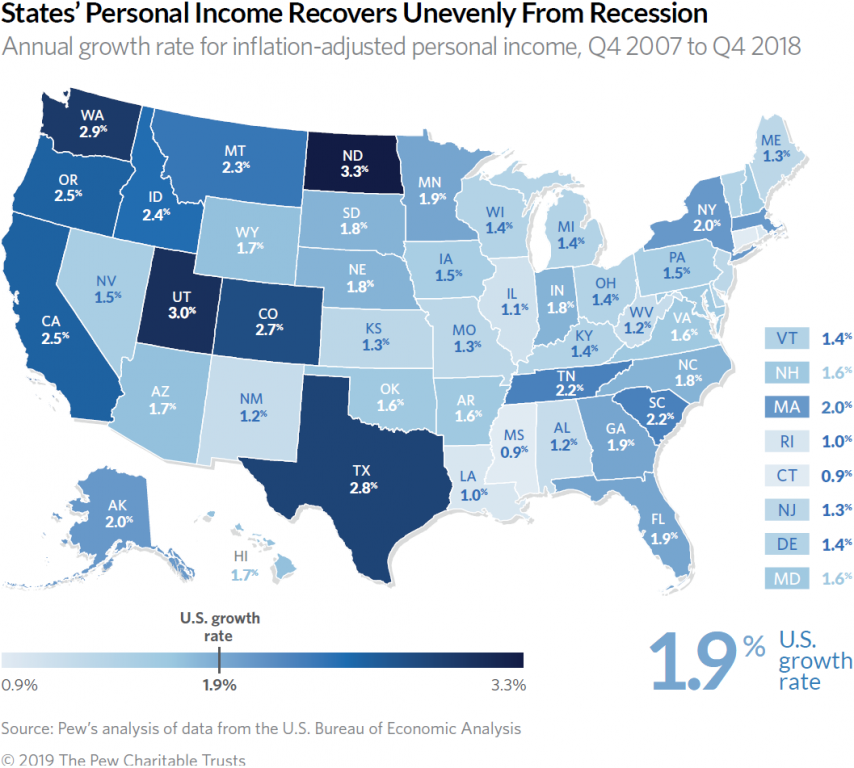 A map shows personal income growth in states from 2007 through 2018. Wisconsin’s growth ranked 33rd among the 50 states. Pew Charitable Trusts

Wisconsin’s economic performance “is somewhere in the middle,” said Joanna Biernacka-Lievestro, a co-author of the report. “Its economy is neither the strongest nor the weakest among its neighbors.”

That’s a familiar story to those who follow the state’s economic performance. Charles Franklin, a professor of law and public policy who is also director of the Marquette Law School Poll, said Wisconsin’s economy is mired in the lower middle.

Dale Knapp, the research director for Forward Analytics, part of the Wisconsin Counties Association, said Wisconsin’s slow population growth is at the root of a lot of many of these measures. Knapp also said that when adjusted for per capita income, the state’s personal income ranking rises to the mid-20s.

Knapp authored an April report on Wisconsin’s shrinking workforce. He said it will be hard for Wisconsin to top any measure of overall economic performance without adding more people.

“We’ve got very little growth in the labor force, and so the output of industry in the state can’t grow like it could if we were growing,” Knapp said.

It’s a long-term trend, Franklin and Knapp said, and not one that will be easy to reverse. Recent data have shown that wages are rising in Wisconsin, and Knapp said continued low unemployment would mean those increases will likely continue.

“If as a whole you’re not growing as fast as other states, then the incentive for people to move to Wisconsin or stay in Wisconsin is less because they have options in other states,” he said.