Will Victoriano Heredia Die In Prison?

By Gretchen Schuldt, Wisconsin Justice Initiative - May 9th, 2019 02:52 pm
Get a daily rundown of the top stories on Urban Milwaukee 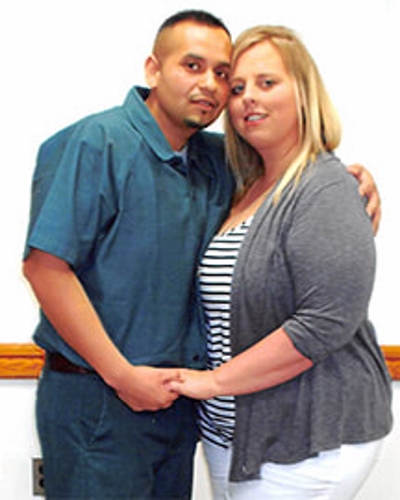 Victoriano Heredia was 17 years old in 1997 when he participated in a restaurant robbery that turned into a homicide.

The victim’s name was Charles B. Counsell. He was popular and active in the Village of Marshall in Dane County. He was mourned deeply by many.

Heredia was not the leader in planning or carrying out the crime, and he did not kill Counsell himself. He was there, though, participating in the robbery and helping with an unsuccessful effort to move Counsell’s body up a flight of stairs.

He pleaded guilty to first-degree murder, party to a crime and in January 1998 was sentenced by Dane County Circuit Judge Patrick J. Fiedler to life in prison with the possibility of parole in 13 years.

“I don’t pretend to be omniscient, but based upon everything I know about you, I am satisfied today that I don’t think you will ever commit another crime of this nature again. … I don’t think we should give up on you just yet,” Fiedler said.

Heredia has been in prison now for 21 years. He is 39 years old, more than twice as old as he was when he was convicted.

He is a plaintiff in the ACLU’s lawsuit challenging life sentences for juveniles. The plaintiffs are not denying their crimes. They are not contesting their convictions.

They are asking for a true shot at parole.

“In his teenage years, Mr. Heredia possessed only a second-grade reading level, ‘had difficulty producing meaningful sentences,’ as well as with associative memory, and was on an ‘exceptional needs plan’ in school,” the ACLU said in its complaint, filed in federal court.

A psychological assessment conducted when Heredia was 15 said that his main peer group “consists of Mexican-American youth, some of whom are no longer attending school. It is likely that many of Victor’s associates are less than ideal role models for this 15-year-old student,” according to the complaint. “Unfortunately, Victor appears cognitively and emotionally immature and quite susceptible to the negative influence of his peers.”

Heredia was, as Fiedler said in sentencing him, a “follower.”

“We see this in so many cases for juveniles,” said Wendy Sisavath, Heredia’s partner and an activist in Wisconsin Alliance for Youth Justice, an organization working to mandate parole eligibility dates for juveniles sentenced to life. “They don’t know what’s going on.”

Heredia, who moved to the United States from Mexico when he was 12, didn’t have a strong enough command of the language to fully grasp the legal proceedings that were determining his fate, Sisavath said. He was not offered an intepreter, she said.

“Obviously he’s a child and his family, they don’t have any help, either,” she said. “Mom and dad don’t speak English. “So Victor, even as a 17-year-old, said ‘Wow, a life was lost here, something really bad happened and I was part of that, but at least I have a second chance after 13 years.’ And you go through Victor’s inmate records and he has – of course, everyone has (disciplinary) tickets, but he doesn’t have any violent tickets whatsoever, he’s always worked through his programming.”

Heredia has had three parole hearings “without any movement or any glimmer of hope,” Sisavath said. At the last hearing, she said, “Victor said he would like to see my youngest child play basketball, and she only has four more years left of school. And the Parole Board blankly said, ‘Well, I hope she plays college ball.’ ”

Each time Heredia came up for parole, according to the ACLU complaint, he was denied because, according to commissioners, he needed to serve more time.

“Mr. Heredia has accepted full responsibility for his actions and does not blame anyone but himself for participating in the crime that fateful day in 1997,” the ACLU said. “Every single day Mr. Heredia regrets his decision to join his friend in a robbery that turned into a murder. Mr. Heredia feels deep remorse for the pain he caused to the victim’s family, his own family, and his community.  Mr. Heredia has been rehabilitated and is no longer the follower he was as a teenager. He now understands the consequences of his actions and the importance of standing up for what is right.”

Sisavath said she was surprised when she learned about how parole actually works.

The ACLU complaint notes that Heredia earned his high school equivalency degree while in prison and has worked as a unit interpreter, a janitor, a maintenance mechanic, and a carpenter for Badger State Industries in the sign and wood furniture shops. He completed several other programs and now is involved in the restorative justice program at the University of Wisconsin Law School.

Heredia was transferred to Fox Lake Correctional Institution specifically so he could get training in welding, but he can’t get in the program because he is not close enough to his release date, according to the complaint.

“He has been told it would be a waste of time to train him because he is not going to be released any time soon, even though he has been eligible for parole for the past 8 years,” the ACLU complaint says.