One you probably know well. The other two are wonderful oddities. 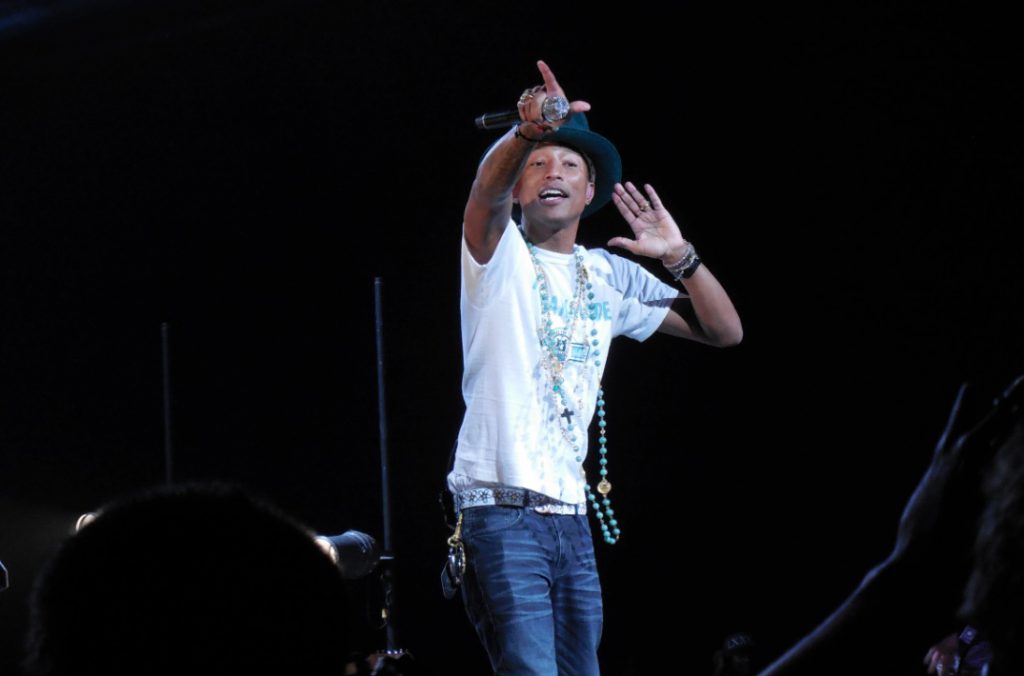 The pursuit of happiness is a constitutional guarantee. But as much lip service as people pay to it, they rarely want to hear about it in songs. A study found pop music trending toward minor keys (read sad) over the last 50 years and face it, going dark is shorthand for serious in pop. God forbid someone accuses you of being happy. The exception that proves the rule is Pharrell Williams’ amazing hit, “Happy”. Its pure, undistilled joy was poured over a desert of parched souls and caused a super bloom.

It doesn’t always work that way. Take a much earlier happy tune, “Oh How Happy”, which I heard faintly breaking through the din at the crowded coffee roaster the other day. I had nearly forgotten it, but hearing it reminded me of what perfect little tune it is. I was beyond flabbergasted when I got home and googled it. I was 100 percent certain I would see a black soul group of some kind, but the album cover featured some of the squeaky cleanest white folks from the 60’s you’ve seen. Right out of Lawrence Welk. Yet the hand clapping gospel vibe and the supple bend of the lead singer floating above the backup vocalists made me agree with the very first comment I read below the video: “these white Brothers Got SOUL!”

The white brothers and one sister in question were Shades Of Blue. They lived near enough to Detroit to bask in the warm radiance of Motown and started singing doo-wop in high school. That brought them ever closer to the center of that vibrant scene, where they met Edwin Starr, author and singer of the massive protest song, “War”. He also wrote “Oh How Happy.” That’s quite a range. The Shades Of Blue were in college when their song hit big and soon on the road singing it everywhere. It’s fun to watch their choreography, which is a direct tribute to Motown. Of course it’s pretty tame when you watch all the post MTV twerkers, but it’s still charming.

Nick Marinelli, the lead singer kills it from start to finish with a falsetto that is spot on. In the wrong hands that technique can make you want to murder the singer. Aside from his golden tonsils, the man is old school handsome. He’s still out there last I checked, with some replacement Shades, on the oldies circuit. I bet he’s raising money for PBS and the audiences are thrilled to hear him once again.

Our other happy ditty is actually just a bit ditzy. I have to conclude someone somehow found director David Lynch in his earliest days to direct this video for ”Love Can Make You Happy”. Or maybe it’s the other way around and it was this oddball clip that inspired his whole career.

In it some robotic 60’s kids are drinking beer and smoking cigarettes in a bar, looking suspiciously innocent. The video skips like a scratched record and creates a GIF-like time warp effect, landing repeatedly on a gawky young man who seems to have caught a punch in the left eye, He’s watching the band (and smoking). The well scrubbed bunch he is watching with his good eye is called Mercy, a Florida group led by a guy named Jack Sigler, the author of this earworm melody. It was released in 1969, with the band not quite caught up on the fashion front. They are extremely self conscious — who wouldn’t be in those robin’s egg blue satin suits and concrete hairdos that are much too fussed over? I’m guessing their mothers were just off stage keeping an eye on things.

The song is not as good as the first one, but still pretty damn unforgettable, with an odd, reverby mix and big chunky piano chords right up front. The women dominate, singing way up in the soprano range. They do a fine job, but are they hip or square? I’d say both. Something in their delivery makes you think they have the music and lyrics on a music stand. It’s like a school recital in a brightly lit bar. If the melody and the sentiment weren’t so damn catchy, you’d just laugh. But the simple, winning sentiment is hard to knock and even harder to disagree with — it’s a truism made into a song.

Behind this happy song hides a bit of sadness. Yes, love can make you happy but no one is saying anyone is. Between the repressed video and the melancholy wrapped around this song like a heavy cape, the net result is something Mr. Lynch would probably approve of: beauty glimpsed from an uncomfortably strange angle.

Did I say strange? At least. Turns out Mercy’s odd video was part of a cheapie movie that was one of horror film actor Lon Chaney’s last roles. The movie’s director had seen the band and asked if they had a song, which really didn’t seem to fit the movie. It’s a whole other article, luckily you can read it here.