Works by Piazzolla, Vivaldi and The Beatles also feature saxophone, harp and oboe. 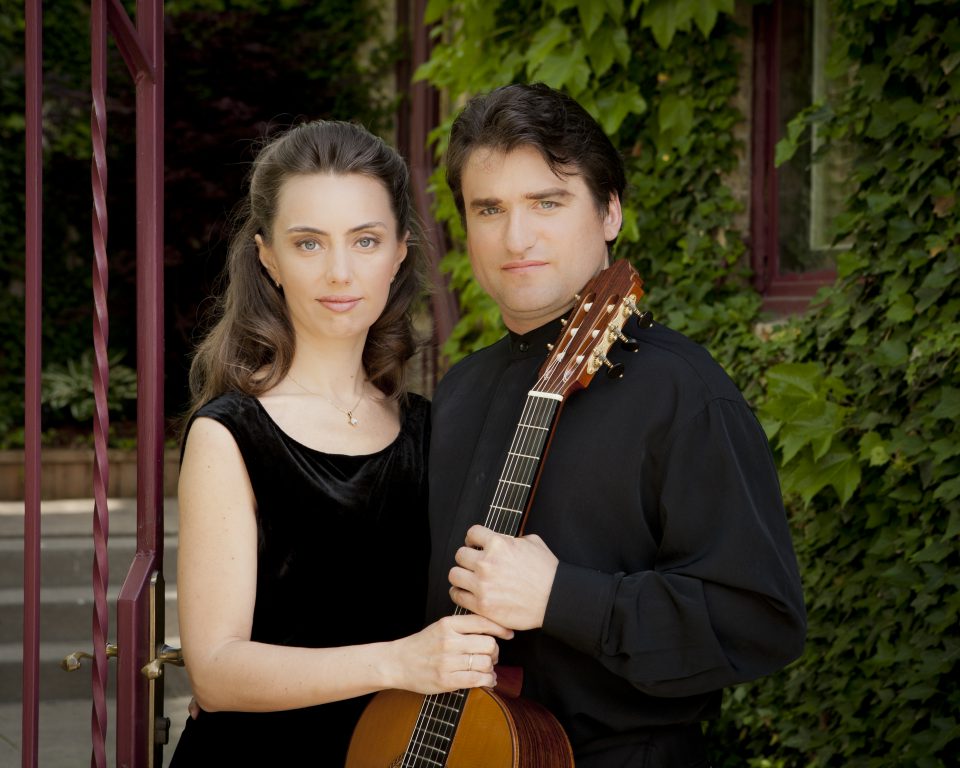 Milwaukee Musaik concludes its 2018-’19 season Monday evening with From Vivaldi to Beatles, yet another diverse set of chamber music works unlikely to be heard anywhere else in town. This concert features Rene Izquierdo and Elina Chekan on classical guitar in several works as well as virtuoso turns for oboe and flute.

Izquierdo and Yarmel will play one of Astor Piazzolla‘s definitive creations, L’Histoire du Tango. Set in four sections, Piazzolla surveys the changes in tango music across the 20th century, changes in large part a result of his impact on the genre. Early, circa 1900 tango music often featured flute and guitar. This composition continues that combination even though tangos had evolved toward larger ensembles. The flute offers sound effects imagining the wilder days of Bordelo 1900:  flirtation and dance, noisy crowds, police interrupting the scene. The section “Cafe, 1930” represents a slower, romantic phase: more to be listened to than danced. A night club of the 1960s is evoked as jazz and bossa nova elements are introduced. Piazzolla closes with a 1980s “modern-day” section, reflecting his own mingling of tango and contemporary classical music forms.

As the musical style changes throughout this work, the infectious tango rhythm is maintained, demonstrating the versatility of the genre.

A small string ensemble will accompany Izquierdo in a lively Antonio Vivaldi concerto, Concerto for Guitar and Strings in D major, (RV93.) Originally set for lute, the concerto works well with mandolin or guitar. The work is energetic throughout. The virtuoso guitar plays against violin and viola exchanges, grounded by a basso continuo cello.

The most unusual selection demonstrates the strength of the Milwaukee Musaik model. Determined to play works not heard anywhere else, the collective has matched the instrumentation chosen by Hector Villa-Lobos in Sexteto Místico. The work is a lesson in the value of timbre (instrumental color) in the hands of a determined composer such as Villa-Lobos.

Andrea Bissoli observes that “The instrumentation echoes the sounds of the traditional Brazilian choros: guitar, flute, and saxophone were key members of the street bands whose music would at one time have filled the night air of the “Cidade Maravilhosa,” the Marvellous City of Rio. Here, the addition of harp, oboe, and celesta transforms them, bathing them in the light of a modernist fresco, in which each instrument plays at imitating itself. Villa-Lobos seems to have discovered the secret behind street music, its poignant nocturnal serenades, eastern touches, and primal rhythmic obsession.”

The concert closes with a selection of Beetle songs arranged by classical guitarist Leo Brouwer. Brouwer wanted to recognize the classical elements in John Lennon and Paul McCartney‘s compositions and to enliven the repertory for classical guitar. The suite, From Yesterday to Penny Lane, rises to the occasion. Chekan will be featured on guitar.

Where else can you hear a saxophone, harp, guitar, and oboe on the same stage? Milwaukee Musaik serves Milwaukee well by presenting the best of chamber music that we might otherwise never hear.

The concert begins at 7:00 p.m. next Monday, May 6 at the Wisconsin Conservatory of Music at 1584 N. Prospect Ave. An arrangement with Milwaukee Eye Care allows convenient complimentary parking at 1684 N. Prospect Ave., just one block north.

Tickets ($25) may be purchased online or at the door.