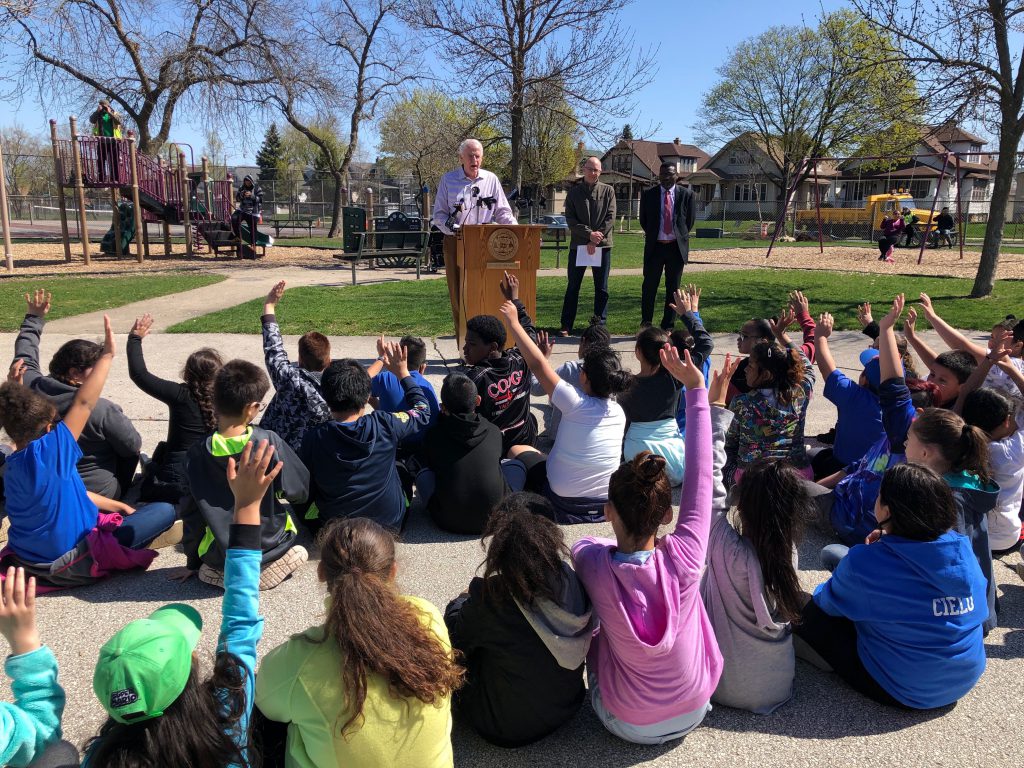 We depart from our normally-scheduled series of construction photos to look at the city’s feel-good tree planting effort.

The city also received a 40th-anniversary award from the Wisconsin Department of Natural Resources for being a Tree City, the second longest streak in the state (Sheboygan has Milwaukee beat by one year). One of the standards to qualify is spending $2 per capita on forestry services. Milwaukee spends $28.91 according to DNR regional director Joe Liebau. The city’s 2019 budget includes $13.9 million for the forestry division’s operation.

The event was part of Arbor Day an international holiday celebrating trees. The day is held on the last Friday of April in the United States.

“Urban forestry is something that doesn’t get talked about much in Wisconsin, but it’s something that’s so important because so many kids only interact with trees in their community,” said Liebau. The city owns approximately 200,000 trees spread across its streets, city-owned parks and other city properties.

“Planting a tree is a statement about our future,” said Barrett before quizzing the students on why trees are important.

“Did you hear those wonderful answers from our brilliant scholars?” asked Posley after the students provided answers ranging from simple concepts like shade to complex answers involving the ecosystem.

Each of the students was given a sapling, but not before they could sing two songs to the cameras. The first was a rendition of John Denver‘s “Plant a Tree for Your Tomorrow.” The latter was a remix of the incredibly popular song “Baby Shark” with lyrics about trees.

The trees replace 32 Ash trees that were removed to combat the spread of the invasive and devastating Emerald Ash Borer. In an attempt to avoid having to undergo a wholesale clearance in the future, the replacement trees come from a mix of different species. Seeking tree diversity is part of the city’s standard operating practice now as a result of a number of devastating diseases and bugs that target specific types of trees. 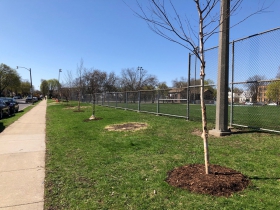 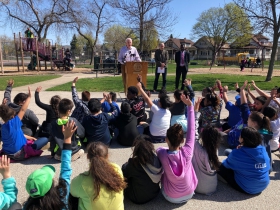 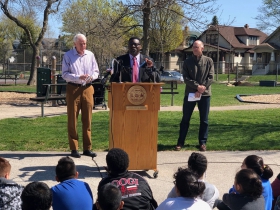 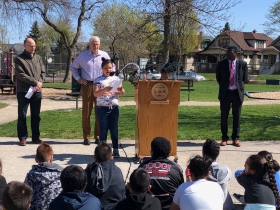 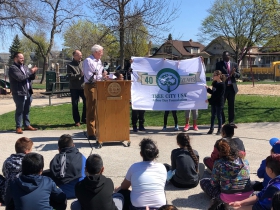 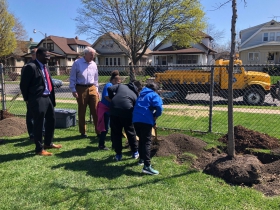