Republican proposal would help pay for stations located along I-94 corridor.

By Shawn Johnson, Wisconsin Public Radio - Apr 23rd, 2019 10:08 am
Get a daily rundown of the top stories on Urban Milwaukee 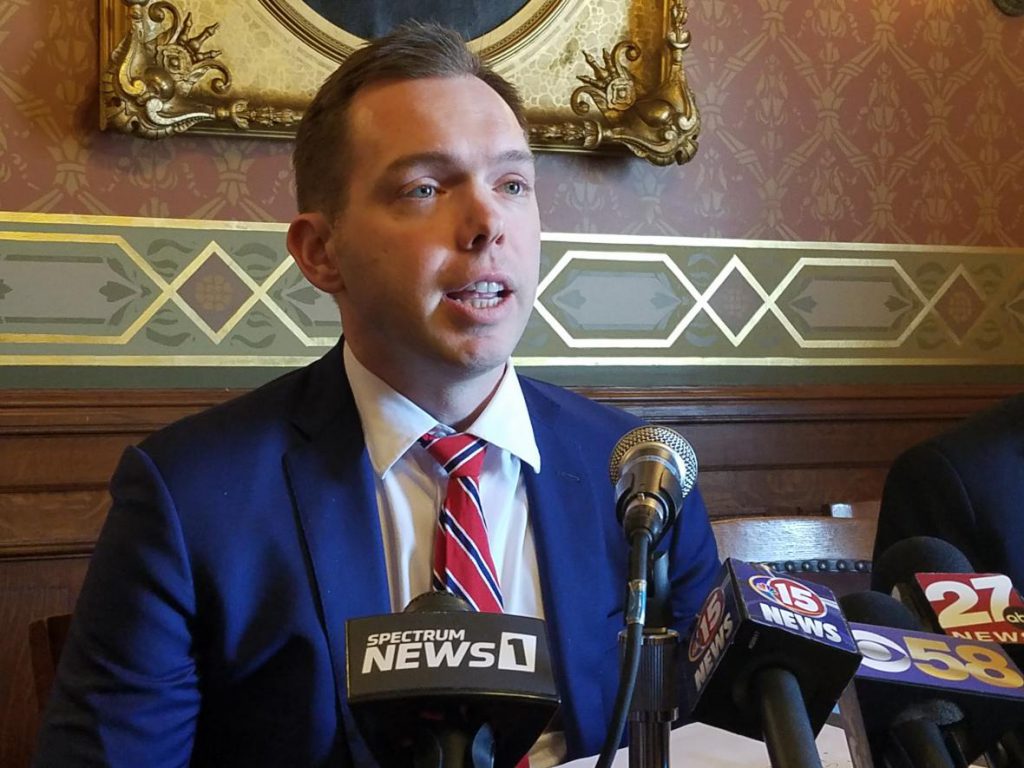 The state would also partially offset the cost of renewable energy for consumers and fund training for people who install solar and wind energy systems under other proposals Republicans unveiled Monday.

“What this package of bills aim to do is provide market-based solutions to help encourage more renewable energy, more clean energy in Wisconsin,” said Rep. Adam Neylon, R-Pewaukee, during an interview with Wisconsin Public Radio.

Neylon said the most logical place to start the program would be along Wisconsin’s Interstate-94 corridor, from the Illinois border in the south to the Minnesota border in the north.

“That’s where the highest traffic is and that’s also where a lot of our tourism comes from,” Neylon said.

Neylon said the idea is to give drivers certainty that whenever they drive the corridor, they’ll have a charging station no more than 70 miles away.

“It’ll be close to the freeway and it’ll give them a fast charge so they can get in, charge up and be out and on their way in less than a half hour,” Neylon said.

In addition to charging stations, the Republican proposals included a renewable energy rebate that would go to residents who pay premiums with their electrical utility to use clean energy at their homes. Neylon said the state would fund half the cost of the increased premiums for one year.

Solar and wind education and training grants — also announced Monday — would be paid for using the existing Fast Forward grant program at the state Department of Workforce Development.