Dogs, coyotes, other wildlife were poisoned on public lands in Northern Wisconsin.

By Danielle Kaeding, Wisconsin Public Radio - Apr 20th, 2019 01:44 pm
Get a daily rundown of the top stories on Urban Milwaukee 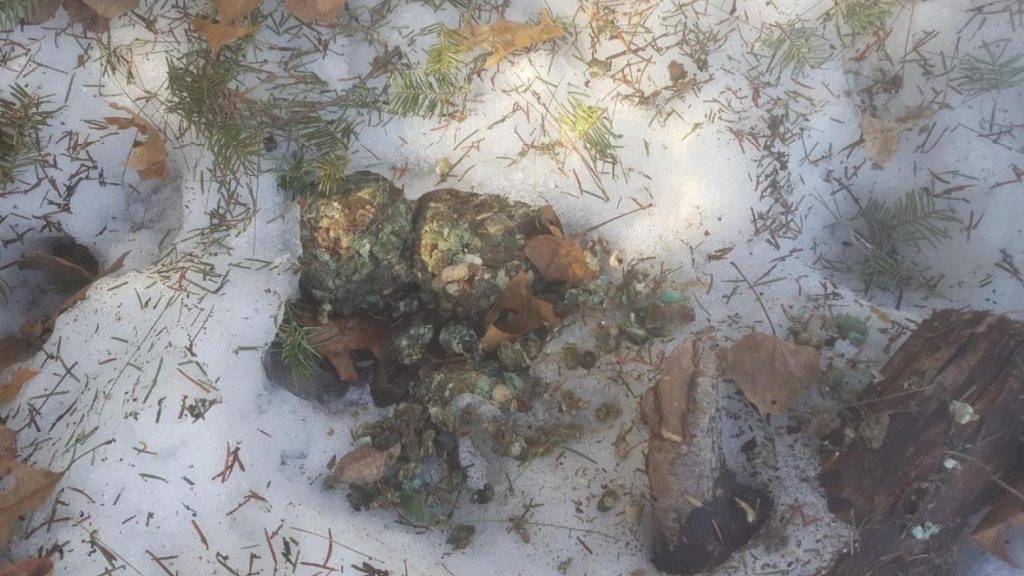 The DNR says it appears poison that has been balled up within ground meat was intentionally left to harm wildlife. Photo courtesy of the Wisconsin DNR.

The Wisconsin Department of Natural Resources said it’s investigating cases of dogs and other wildlife that died as a result of poisoning in several counties in northern Wisconsin, including Florence, Marinette and Bayfield counties.

The deaths occurred on public lands, including those managed by the U.S. Forest Service and Goodman Timber Company.

Clark Cate, who lives in the northeastern Wisconsin town of McAllister, was out walking his three-year-old German short-haired pointer Ava with a hunting partner this spring when he saw his dog eating something. Cate thought she’d gotten into deer droppings before his dog took off into the woods.

“About 10 minutes later she staggered out into the road and started convulsing and hyper-salivating and died in my arms about 20 minutes later,” said Cate.

Cate said he and his wife are devastated over the loss. He took his dog and a sample of the poison to a veterinarian, who suspected Ava may have been poisoned by fly bait.

“It was mixed in with hamburger and thrown in the woods,” said Cate. “Everybody’s surmising that it was put out to kill wolves.”

Capt. Dave Zebro, northern region conservation warden for the DNR, said the agency is aware of that speculation.

“But, we can’t put any validity to it yet,” said Zebro.

Zebro said the DNR is working with the U.S. Fish and Wildlife Service to pinpoint the poison. He said they suspect it’s the pesticide carbofuran.

“It’s used a lot in farming for insects, and we’ve seen it used in potato farmers and stuff like that,” he said.

“We’re in the process of working with U.S. Fish and Wildlife on having the species that we’ve been able to recover, including the most recent domestic dog tested through the U.S. Fish and Wildlife Laboratory,” said Lundin. “That’s where we’re going to be able to, hopefully, determine that there is a connection or there’s not.”

Lundin said they’re aware of three dogs that have died, as well as several coyotes, a raccoon, a wolf and a weasel.

Both Lundin and Zebro said people should keep their dogs on a leash and report any suspicious activity by calling the DNR tip line at 1-800-TIP-WDNR or reporting it online.