By Laurel White, Wisconsin Public Radio - Apr 16th, 2019 01:54 pm
Get a daily rundown of the top stories on Urban Milwaukee 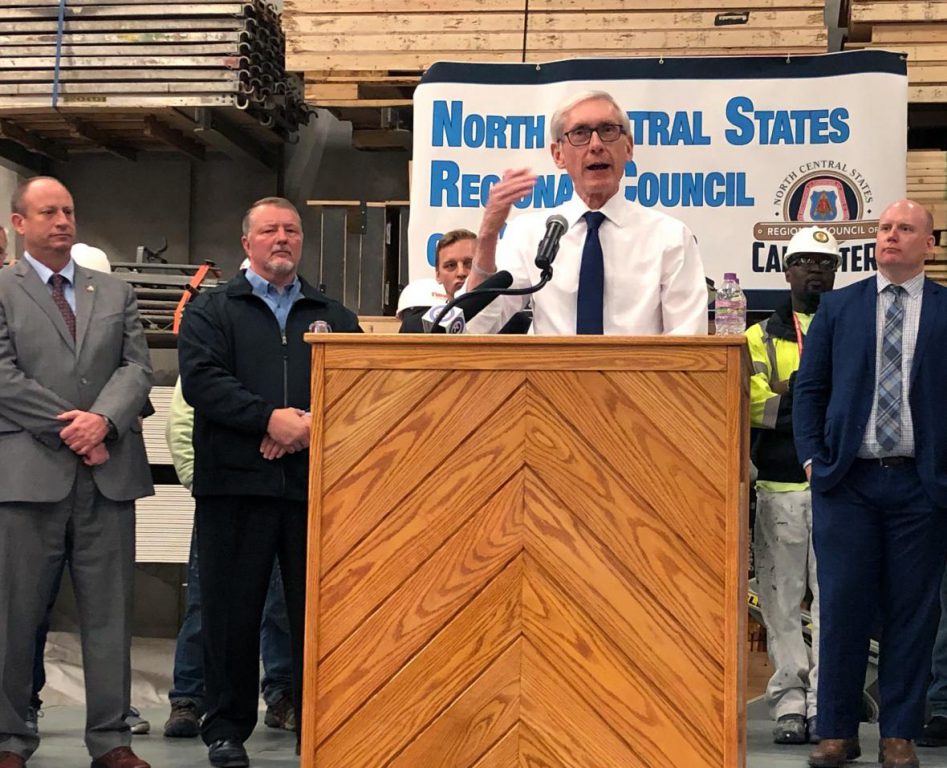 Gov. Tony Evers announces the creation of a task force to address payroll fraud at an event Monday, April 15, 2019 at the Carpenters Union Madison Training Center in Madison. Photo by Laurel White/WPR.

The Evers administration has set its sights on fighting payroll fraud in Wisconsin.

Payroll fraud occurs when businesses pay workers in cash or classify employees as independent contractors as a way to avoid taxes and paying for employee benefits.

Surrounded by a number of union employees at an event in Madison on Monday, Gov. Tony Evers signed an executive order creating a task force to study payroll fraud and worker misclassification.

The governor said he heard about the issue repeatedly on the campaign trail.

“It’s absolutely important we get this issue solved,” Evers said. “It’s wrong in a whole number of ways.”

According to the state Department of Workforce Development, audits uncovered 8,677 misclassified workers in Wisconsin last year. Those audits generated about $1.5 million in unemployment insurance taxes and penalties.

John Raines, executive secretary-treasurer of the North Central States Regional Council of Carpenters, spoke in support of the task force at the signing event at the Carpenters Union Madison Training Center. He called payroll fraud an “epidemic” within the construction industry.

“Good employers who play by the rules should not be undercut by companies that misclassify their workers as independent contractors,” Raines said.

Raines said companies that commit payroll fraud are often able to charge as much as 30 percent less for their services.

A number of other groups, including the International Brotherhood of Electrical Workers and Milwaukee Building and Construction Trades Council, voiced their support Monday for Evers’ action.

“Standing with working families, Gov. Tony Evers’ took a huge step to protect Wisconsin from corrupt employers who cut costs by scamming workers and the state of Wisconsin,” said Dan Bukiewicz, president of the Milwaukee Building and Construction Trades Council in a prepared statement.

Evers said he would direct the task force to issue recommendations quickly.