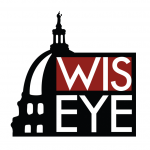 Despite all the negative “huffing and puffing”, he remains optimistic about making change.