Historic victories by gay candidates in both cities will create role models for young people. 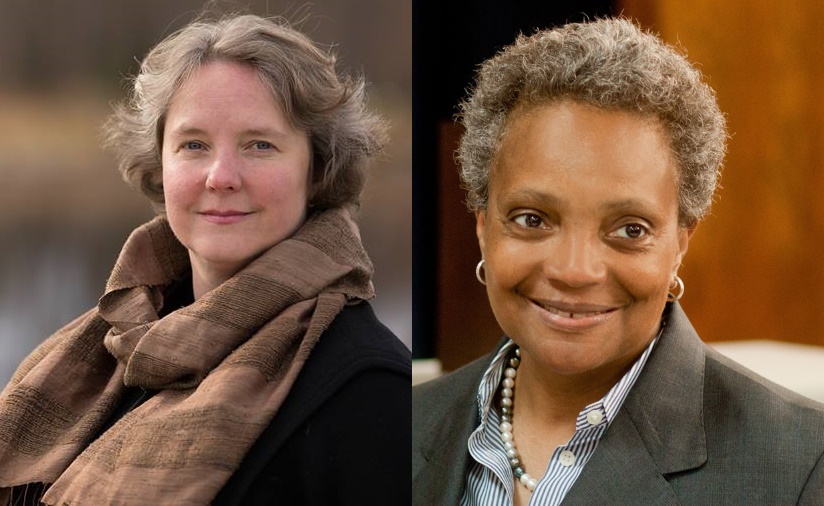 Something very positive happened on Tuesday’s spring election. In both Madison and Chicago gay candidates for mayor won office. That may not seem like huge news to some, but in fact it is very impressive, not only for the two cities, but perhaps even more importantly for all the unseen young gay people who will read and hear the news.

Satya Rhodes-Conway scored a major victory over incumbent Paul Soglin in Madison. In doing so she becomes the first gay mayor of the capitol city. Over the state border, in the Windy City, a massive win by Lori Lightfoot makes her not only the first black woman to be Chicago mayor, but also the first openly gay person to serve in that capacity.

The message that these women are making is far broader than about priorities for budgets, or better transportation systems, or more affordable housing. Teenagers in rural places far from the urban centers where the mayors work will see that living authentically is just about the best thing one can do. They will further understand being gay is not some burden to carry around, or something that needs to be buried away.

What Conway and Lightfoot have demonstrated is they are just like every other person. They have skills and dreams and when employed have the exact same chance of success as any other person.  Being gay does not limit the possibilities concerning what one can desire, or reduce the chances of winning.

Those rather simple precepts might seem trite to those raised in a city. But coming from a rural conservative community I can attest to the need for powerful role models. The victories that came from the ballot box Tuesday were not the kind I was able to read about as a young gay teenager. But I can assure my readers that it would have had a powerful effect on me in Hancock, Wisconsin.

I recall that in 1980 – the year I graduated from high school – Lucille Ball gave an interview which made for some headlines at the time due to her support for gay rights. When asked, “How do you feel about gay rights?” she replied: “It’s perfectly all right with me. Some of the most gifted people I’ve ever met or read about are homosexual. How can you knock it?”

That was uplifting at the time to read and hear about, but Hollywood was far away. The impact of her message was a fleeting thing. Had there been a gay mayor in Wisconsin, or a major city nearby, with a powerful voice and firm advocacy for equality and civil rights, one can only imagine how it would have positively influenced young gay people.

Today we take much for granted with the legal progress regarding gay marriage and anti-discrimination issues. But travel a few country roads in the far reaches of Wisconsin and there is still a fair amount of anti-gay rhetoric. There is still a long way to go before many kids who are gay can just ask out who they wish for a school dance or a weekend date. There is plenty of frustration, stress, and in some cases even legitimate fear of violence for wishing to live as openly as every other person their age in the community.

Which is why the wins of Conway and Lightfoot matter so much to those young people who might live many miles away and perhaps years from being able to vote. Young people absorb more information and are more in touch with issues than we are often aware of. They may not talk about it at the dinner table or comment about it with friends. But in their private thoughts as they walk near a creek in northern Wisconsin, or drive a tractor in Southern Illinois they now will have more proof they are not alone, or different, or without hope to dream big. And best of all they may be just a little bit more able to live authentically.

That would be the best outcome from those elections on Tuesday.