What I Learned in Puerto Rico 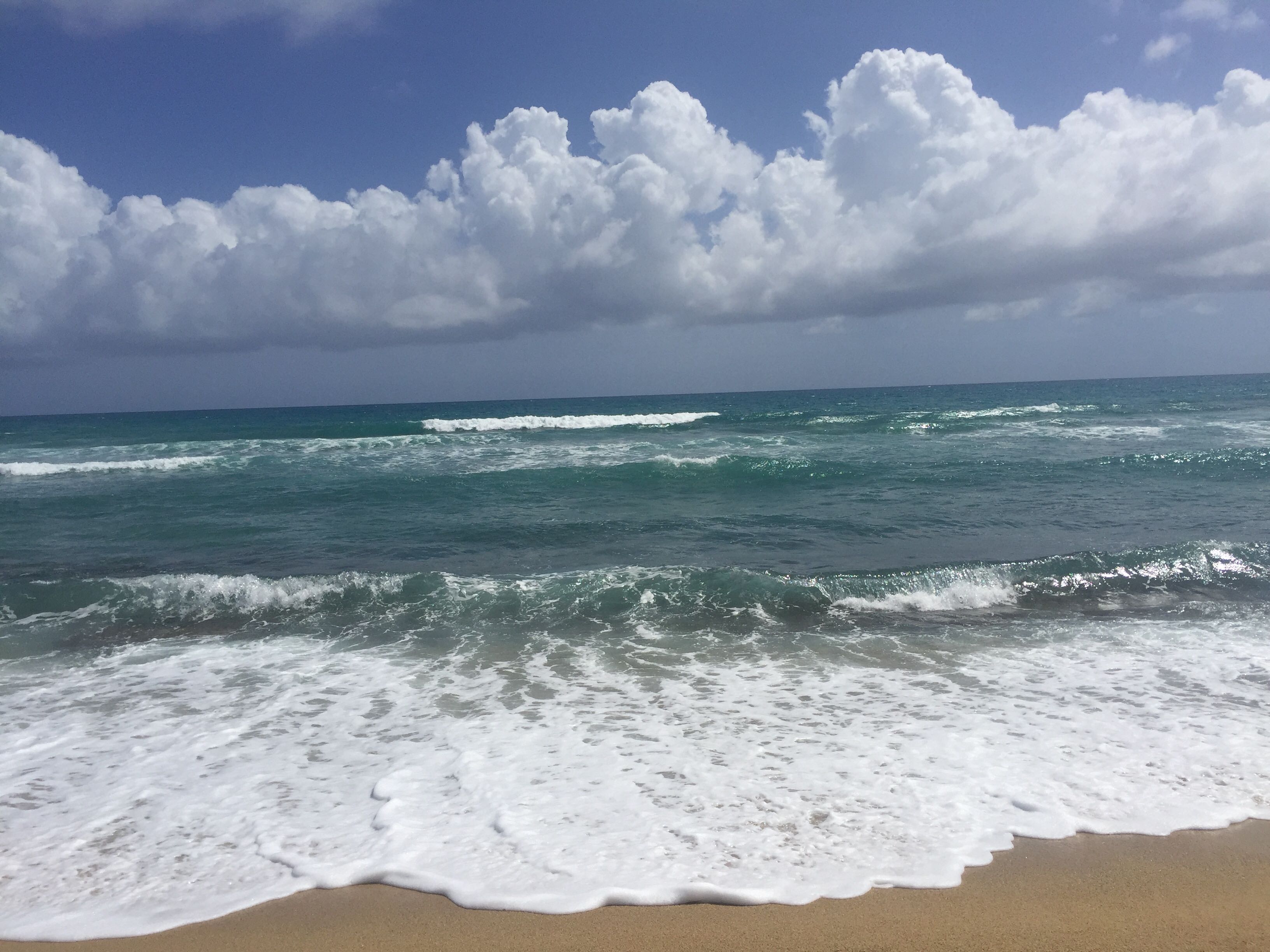 A beach in Puerto Rico. Photo by Dave Reid.

Late in January, I had the chance to teach a class under a 700-year old Guayacan tree in a tropical dry forest in Puerto Rico. With a colleague from the English department, we had taken a group of students to the island for an ecological and cultural writing tour as part of the college’s January-term of study. Students practiced and learned the conventions of creative writing as we traveled across tropical rain forests, tropical dry forests, and mangrove forests, learning about these three distinct ecosystems.

Our trip happened against the backdrop of an island still recovering from Hurricane Maria, a category 5 storm that ravaged Puerto Rico late in 2017. Knocking out power for 95% of the island, Maria left millions without electricity and fresh water for months. Many factories closed or halted the production of goods, leading to shortages in supplies, reductions in revenue, and loss of work. Tourism slowed. All told, estimates range from $50 billion to $150 billion in economic losses to the island.

A significant byproduct of the economic strain is the environment. Without revenue generated by manufacturing and tourism, Puerto Rico has not been able to invest in repairing damage to the environment. According to researchers from the National Science Foundation, this damage includes the increased presence of nitrates in streams and enormous numbers of dead and injured trees. Ultimately, certain species—both the trees themselves and those animals that make their homes there—could be lost.

This is bad news certainly for those of us who study flora and fauna. There are many biologists for whom Puerto Rico offers a living laboratory for their research. With seven distinct ecosystems, the island boasts a tremendous diversity of species, including some very rare species—like the Puerto Rican parrot or bioluminescent dinoflagellates. This diversity, which exists over a relatively small distance—allows scientists access to enormous amounts of genetic information for research purposes.

But while the loss of certain individual species may only appear to affect those scientists who study them, there is indeed a greater impact to be felt. As species dwindle, the impact accumulates: ecosystems become less stable; nutrients imbalanced. A ripple effect occurs, and damage escalates. In science, we call this a trophic cascade: as one level of the food chain is disrupted, each subsequent level suffers. Ultimately, those of us at the top of the food chain pay the price of this disruption.

Take fishing as an example. As an influx of nutrients, such as nitrates, enters the rivers and oceans, organisms like plankton increase. Superficially this may sound great, but these short-lived organisms die off and decompose which removes dissolved oxygen from the environment. The lack of dissolved oxygen kills off the smaller fish in these ecosystems, which leads to more decomposition and even lower levels of dissolved oxygen. Ultimately these areas turn into dead zones, or regions that are so low in dissolved oxygen that aquatic organisms can’t live there anymore. Ultimately, this impacts the larger predators, most of the fish we go after for sport, like bass and tuna. Multiply this by hundreds of species across this island’s seven ecosystems and you can imagine the impact.

Many will question what or what more can be done. FEMA has invested substantial resources in Puerto Rico post-Maria. And yet, the island suffers still. Tourism can help. Puerto Rico relies on tourism to fuel other industries. When we visited the island in January, we experienced incredible natural beauty, great hotels and restaurants, warm and welcoming people, and an island open for business. I encourage anyone interested in a week away in a tropical paradise to consider Puerto Rico. As you enjoy the surrounding environment, you will also support its revitalization.

Angela Dassow is an assistant professor of biology at Carthage College.

One thought on “Op Ed: What I Learned in Puerto Rico”