Museum of Wisconsin Art will have a big new space in first floor of Saint Kate Arts Hotel. 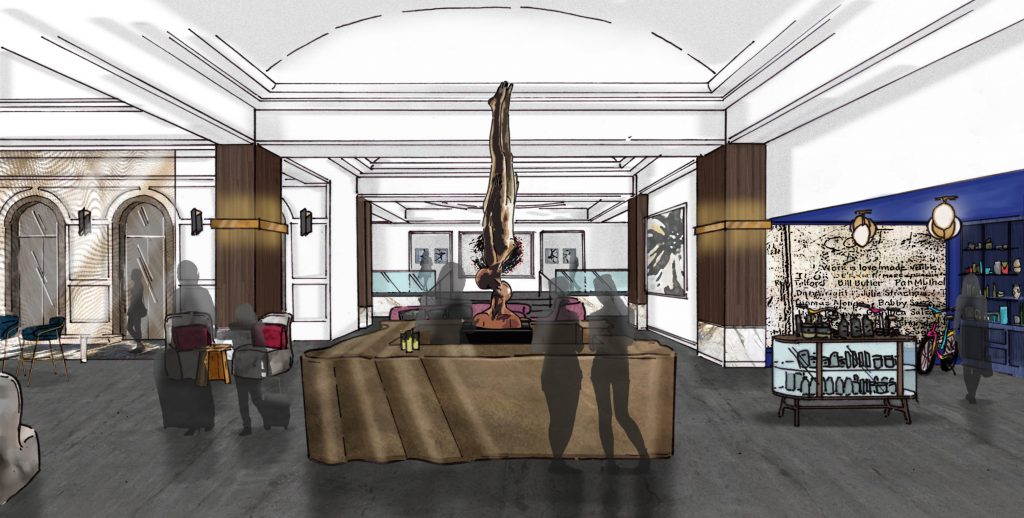 In late 2012 Laurie Winters left her post as a curator at the Milwaukee Art Museum, where she worked since 1997, and assumed the executive directorship of West Bend’s Museum of Wisconsin Art [MOWA]. “By 2013 I knew that MOWA needed a presence across the state,” she says in an interview with Urban Milwaukee.

Since 2011 the museum has organized exhibitions in a satellite gallery called MOWA on the Lake, located in the south tower of Saint John’s on the Lake, 1800 N. Prospect Ave. But Winters and her board wanted to expand to include a multipurpose space with accommodations for an onsite staff. 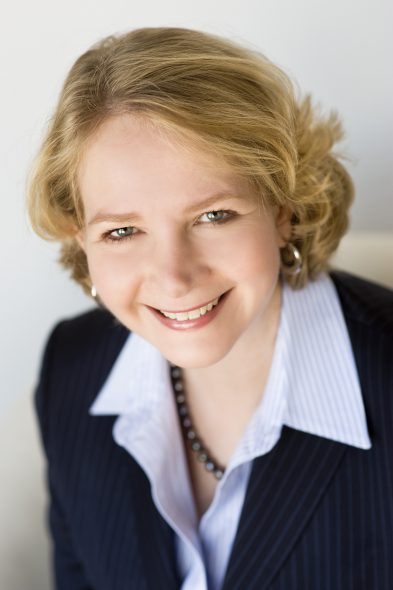 She says she “spoke with some institutions,” (which she declined to name) about partnerships, mergers, and other opportunities, but for various reasons they were not pursued.

Then, in January, 2018, Greg Marcus asked her “to consult on a new arts hotel. I kept going to meetings as they figured out what an arts hotel would be,” Winters says.

The Marcus Corporation was then in the planning stages of a wholesale renovation and rebranding of its InterContinental Hotel, 139 E. Kilbourn Ave. to create the proposed arts hotel. The hotel already included a gallery space, but Marcus wanted an art presence that would be vital to the hotel experience. The company’s Pfister Hotel, which has the world’s finest hostelry collection of 19th century art, also has had an artist-in-residence program for the past decade. Marcus also is an organizer and sponsor of Sculpture Milwaukee, which returns for its third year June 7th.

If art hotels are a trend, and there is every sign that they are, then Marcus Corporation would be entering the field well invested in it.

Winters continued meeting with the hotel representatives, and “in September they made a pitch for a gallery and exhibition space. It was clear that they would do everything to a high standard. They are into contemporary and emerging arts. So are we.”

Thus was born MOWA|DTN, a downtown extension of MOWA, which will occupy 1,700 square feet of lobby space in the new hotel, now to be known as “Saint Kate Arts Hotel,” after St. Catherine of Bologna, a 15th century nun and artist.

“A collaboration of this stature between a museum and a hotel is truly groundbreaking. This is unique in the museum industry,” Winters said at the time of the announcement on March 18th. All of the arts space has been expanded, she says, adding that there “is art throughout the hotel.”

The space will be immediately visible upon entrance, with two large signs within announcing its presence. “You will see it on two sides, two separate entrances,” she says. Her downtown domain will also include two office spaces. Winters, who lives on the East Side, will probably spend one day a week there, while J. Tyler Friedman, an occasional Urban Milwaukee contributor who joined MOWA as a curator in June, 2018, will spend “a little bit more time there,” she says. 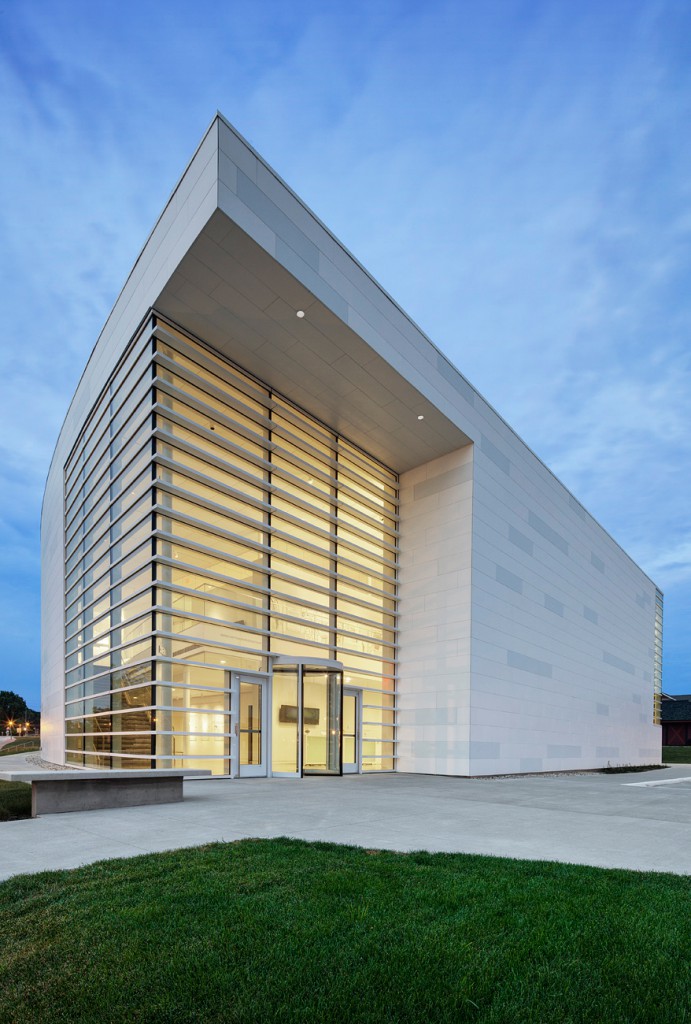 The Museum of Wisconsin Art began in 1961 as the West Bend Gallery of Art. Its primary holding was the work of Milwaukee-born Carl von Marr [1858-1936], and its sponsors were his nieces. The collection grew to include works by members of his circle, Winters says, “and then extended to include 20th century Wisconsin artists. It was realized that this was taking on a broader scope.”

In 2007, the board decided to change the museum’s mission, and adopted its current name, and the next year it committed to its new building, designed by busy Milwaukee architect Jim Shields. It opened in April, 2013, shortly after Winters took her job there. Winters says the museum continues to increase its holdings, and has promised gifts from artists and collectors. Under Winters the museum has significantly grown its membership and beefed up its programming and exhibitions.

Winters hopes the new presence in Milwaukee and location in a hotel will continue the momentum for MOWA, and envisions shuttles and other connections as MOWA expands its presence across the state. Currently, 80 per cent of the visitors there come from outside West Bend, with the largest number coming from Milwaukee and Madison. If they happen to come from Milwaukee hotels, whether arts or otherwise, that’s fine with her. 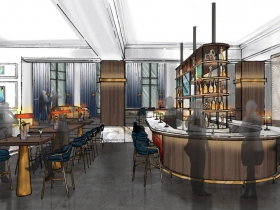 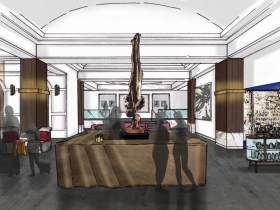