By Rich Kremer, Wisconsin Public Radio - Mar 31st, 2019 08:05 pm
Get a daily rundown of the top stories on Urban Milwaukee 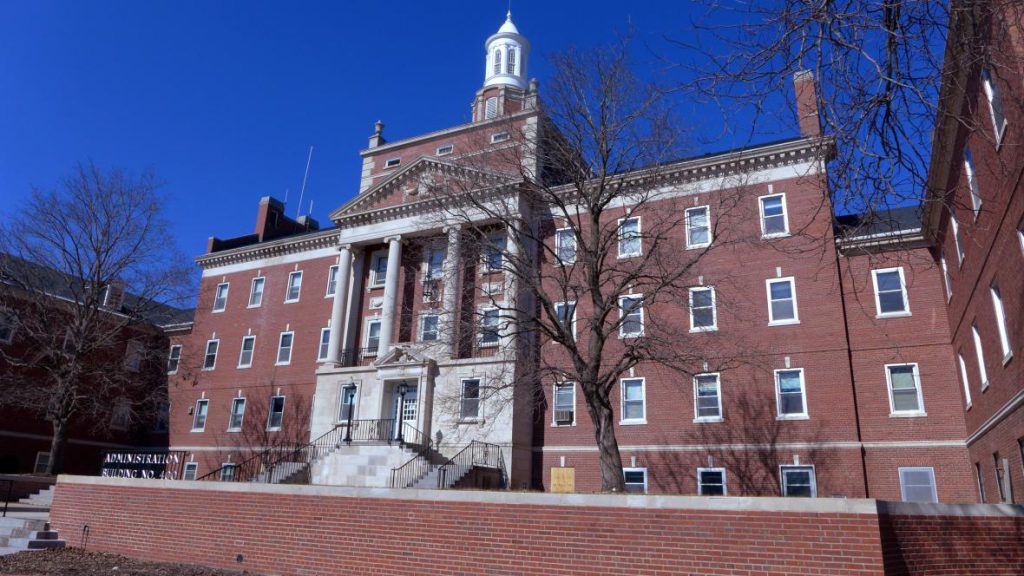 A new federal report on the Tomah VA Medical Center found that opioid painkillers were not being handed out “like candy.” The investigation by the Veterans Affairs Office of Inspector General was spurred by a “series of allegations” from a confidential complaint.

The investigation took place in 2018 in response to a request from Democratic U.S. Sen. Tammy Baldwin, and a complainant that alleged that narcotic painkillers were being “handed out like candy” at the Tomah VA and satellite clinics in Wausau and Wisconsin Rapids.

The person also alleged that physician’s assistants were being “forced” to write prescriptions for methadone and other opioids at “dosages and frequencies” they weren’t comfortable with. It was also alleged that there were no limits on the number of times patients could change providers in order to “doctor shop” in attempts to get multiple prescriptions for painkillers and that facility management didn’t give adequate guidance and support regarding opioid prescribing.

The Inspector General’s report did not substantiate those claims.

With regard to the compliant about opioids being “handed out like candy,” the OIG said while the facilities had opportunities to improve risk management strategies, the investigative team didn’t find any evidence that opioids were being haphazardly prescribed. The report also noted that there was no evidence to support allegations that physician’s assistants were being forced to write opioid prescriptions they didn’t agree with.

While allegations of potential “doctor shopping” happening at the Tomah VA were not substantiated by the OIG, the report did say the facility “was not following procedures” in its standard operating procedure for changing primary care providers.

The Tomah VA garnered national attention after it was reported that the amount of opioid painkillers prescribed there increased exponentially between 2004 and 2012. In 2014, a U.S. Marine veteran died of an overdose while in an inpatient psychiatric ward.

Tomah VA Medical Center Director Victoria Brahm celebrated the OIG findings and said it proves how far the clinic has come since 2014.

“This just gives us another opportunity to show the public that not only have we proven prior how much we’ve changed the culture here, but now we can prove that we’ve sustained that,” said Brahm.

She said in prior years there was a “psychologically unsafe environment” at the clinic.

“We did massive culture changes. So, when I came in initially it was a matter of getting out to the staff, developing some trust, listening to them, having an open door,” said Brahm

The OIG report said the complainant alleged there was a “climate of psychological danger” where providers were harassed and threatened if they didn’t comply with supervisors’ orders to prescribe opioids. Brahm said the complaint may have stemmed from someone who was formerly associated with the clinic who wasn’t willing to adapt to changes made after the scandal.

“There are people that will choose not to follow the vision and sometimes you have to just let them go,” she said.

Brahm said people who may be disgruntled by the culture change at the Tomah VA may be using the clinic’s history against it.

“I’m hoping that sooner or later, no matter how many complaints we still get, that people will see they’re not substantiated,” she said. “In addition I don’t want my leaders to be afraid to do the right thing.”

In response to the findings, Baldwin released a statement saying:

“This Healthcare Inspection Report shows improvements in opioid prescribing and oversight at the Tomah VA Medical Center and Community Based Outpatient Clinics, but more can be done … I believe additional improvements can be made to increase compliance with opioid risk mitigation strategies and that there can be stronger efforts made to continue educating providers on opioid safety.”

Baldwin also said that reforms enacted into law are helping address the issue of opioid painkiller over prescription.

“The Jason Simcakoski Memorial and Promise Act signed into law in 2016 put in place oversight tools to allow for continuous VA tracking of opioid prescriber outliers and corrective actions,” said Baldwin. “Since 2012, the Opioid Safety Initiative that was strengthened by Jason’s Law has helped the Tomah VAMC reduce the percentage of veterans on chronic opioids by more than 73 percent and the percentage of veterans receiving an opioid and benzodiazepine has decreased by more than 66 percent.”