By Hope Kirwan, Wisconsin Public Radio - Mar 23rd, 2019 02:09 pm
Get a daily rundown of the top stories on Urban Milwaukee 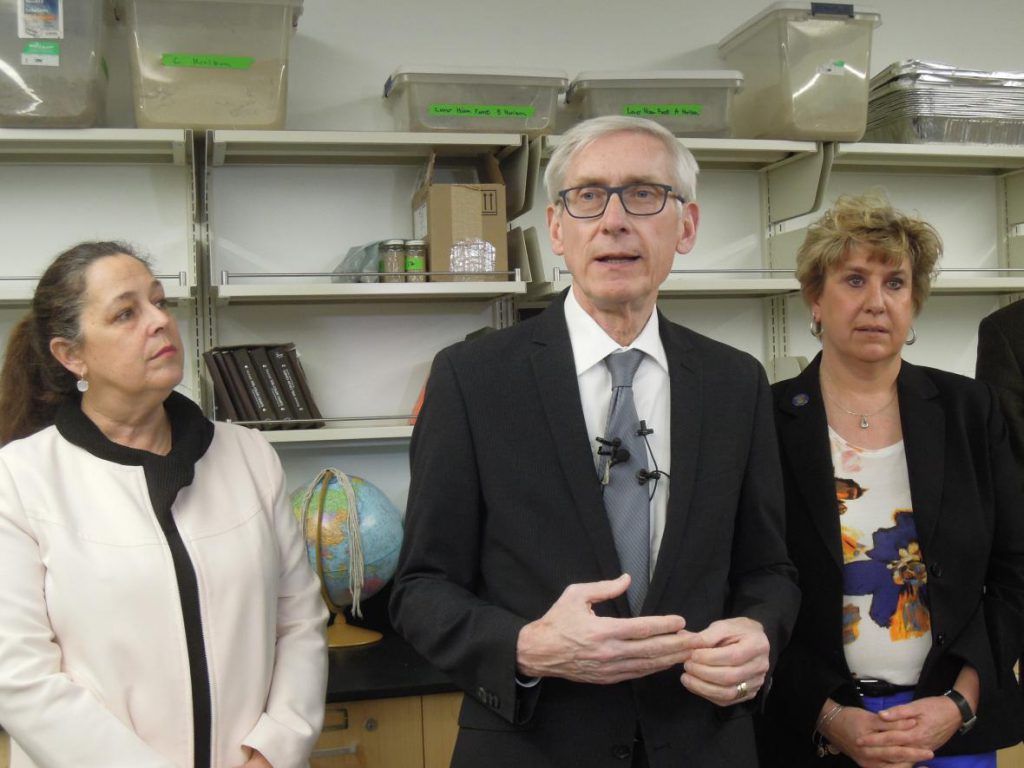 Gov. Tony Evers said on Friday that Republican state lawmakers’ lack of support for state building projects could cause private donors to question their own support.

GOP legislators on the State Building Commission voted down all 82 projects in the governor’s capital budget on Wednesday. Without a recommendation from the commission, the Legislature’s budget committee will create their own plan for spending on state buildings.

During a press conference at the University of Wisconsin-La Crosse campus on Friday, Evers said the move delays planning for the projects and creates uncertainty for projects supported by gifts and grants.

“If you’re telling somebody who you want a couple million dollars from to kick in for a project and the body that’s supposed to be moving it forward says, ‘No, we don’t want to do it,’ as a private gift-giver, I would say, ‘What’s up with that?’ And they are saying, ‘What’s up with that?'” Evers said.

The event was held at UW-La Crosse’s new Prairie Springs Science Center, which would have received $83 million for a second phase of construction under the governor’s capital budget plan.

UW-La Crosse Chancellor Joe Gow said the center was named in honor of a major donor to the project.

“We talked to those donors and they wanted to be sure Phase II got done. So, we’re working real hard to make that happen,” Gow said.

The governor’s capital budget included more than $1 billion for UW System buildings. Other projects that failed to pass the commission include the state’s new juvenile justice system and a new state office building in Milwaukee.

Evers pointed out that some Republican legislators on the commission voted in favor of some projects during a subcommittee meeting on Tuesday.