By Edgar Mendez, Milwaukee Neighborhood News Service - Mar 21st, 2019 11:02 am
Get a daily rundown of the top stories on Urban Milwaukee 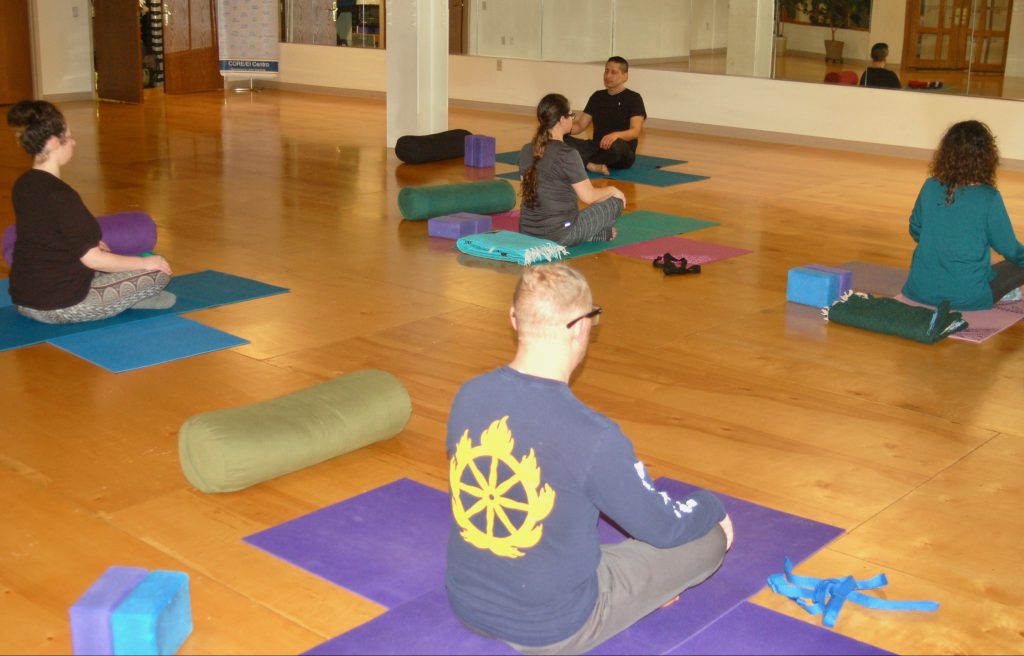 Often, when clients show up at CORE El Centro, a Walker’s Point nonprofit that provides natural healing and wellness services, they arrive wounded, according to Rosa Veloz, a health navigator for the organization.

Sometimes they’re struggling with physical ailments, but they also could be suffering from the effects of domestic or sexual violence, depression, isolation or other psychological or personal issues. The trauma they’ve suffered keeps the body and spirit from mending, and the chakras — focal points in the body used in different forms of meditation — from churning positive energy, Veloz said.

“Trauma or even something like not having food in the house can keep someone from being active or seeking help for problems they are having,” Veloz said in Spanish.

A health navigator’s role is to identify those obstacles and help clients address them so the natural healing services the center offers can be more effective, said Veloz, who first became involved with the organization 10 years ago. As a survivor of sexual abuse, Veloz said she understands the importance of providing an integrative health approach that addresses a wide range of needs. She credits CORE El Centro with providing her the tools to begin her healing process, and empowering her to help others improve their lives.

“You go see a doctor and in 15 minutes you’re done,” Gianforte said. 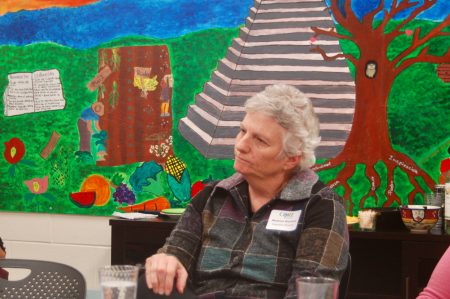 She said that many ailments can be treated naturally. But those treatments, and sometimes traditional health care, are not accessible to everyone, which is why she knew there was a need for CORE El Centro.

Perhaps it was fate that Gianforte met co-executive director Jayne Ader, who had a similar vision. Supported by a grant from the Sisters of St. Agnes, the women founded CORE El Centro in 2002. The organization was considered almost radical at the time, according to Gianforte. It started out humbly in a small space at the former Esperanza Unida building at 611 W. National Ave.

“We had two tables, a few chairs and a phone line,” said a smiling Gianforte, describing the original headquarters.

Among the services it provides are acupuncture, therapeutic massage, movement, yoga and dance classes, including one for individuals with special needs, as well as the “Thriving with Cancer” program. CORE has a paid staff of 24, and many of its services are provided by professional volunteers. These volunteers, including massage therapists, interpreters and bodywork practitioners, donated $500,000 worth of services last year, according to Gianforte. The majority of clients, most of whom are low-income and pay on a sliding fee scale, are Hispanic, which is reflective of the surrounding community, Gianforte said.

The needs of the Hispanic clientele are increasing, according to Maria Miramontes, also a health navigator.

“Many are fearful of deportation and the future of their kids, or maybe they don’t have insurance to go to the doctor,” Miramontes said.

CORE has responded to changing needs by expanding its services. One of the additions is a Children’s Wellness Program, which includes activities such as ballet, yoga and capoeira (a type of martial arts), as well as camp in the summer.

Services are available to individuals of all ages, and families of clients are encouraged to become involved as well, Miramontes said.

“It’s always better to involve the family because that’s more support for the individual and then they all can heal together,” she said. The health navigators are tasked with suggesting natural healing treatments that could benefit clients, she added.

Marilu Luna came to the center because the medications and treatments her chiropractor and other doctors prescribed were not reducing the pain she felt in her neck and shoulders.

“I couldn’t even hold my purse,” Luna said.

Health navigators recommended acupuncture and massage therapy. After three weeks, her pain was gone, she said.

She’s no longer taking medication, and is still receiving treatment at CORE to keep the pain from returning, she said.

“If I hadn’t come I don’t know where I would be. I was feeling depressed about the situation but am much happier now,” Luna said.

Her story is common at the center, according to Gianforte, who believes that natural healing will become even more commonplace in the coming years.

“The type of work we’re doing here is the future of medicine,” she said.