Who Gets Design Oversight? 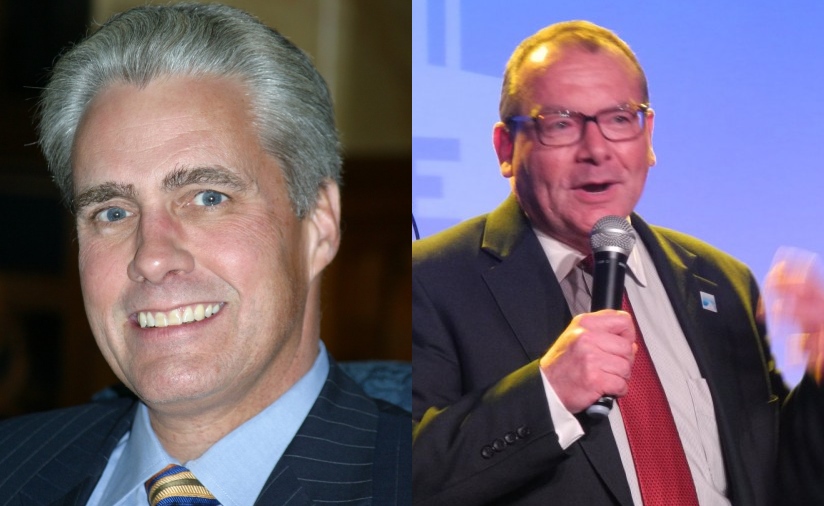 What’s the correct level of design oversight for the city and who should wield the decision making power?

The Common Council, in particular Alderman Robert Bauman, found itself at odds with the Department of City Development and real estate community over the role of the City Plan Commission.

Under ordinances establishing the city’s Development Incentive Zone, Neighborhood Conservation Overlay Zone, Master Sign Overlay Zone and Site Plan Overlay Zone districts, projects within the zone boundaries must go to the City Plan Commission and the commission’s decision is final. The commission has made 39 such decisions since 2013.

Bauman has introduced a resolution that would send all such plan commission decisions to the council. “They’re not being taken out of the loop, we welcome their advice,” said Bauman about the Plan Commission in a hearing on his legislation. He characterized the change as introducing consistency in the process.

Describing how the council provides the only direct representation for residents at the city, Bauman said: “I think they expect me to weigh in on that issue, and the same goes for every other alderperson at this table.” Bauman expressed frustration that the council didn’t get to weigh in on proposals like Trestle Park or the 18-story tower approved for E. Wells St.

The overlay zones, of which there are 43 in the city, are commonly used to establish additional design standards for things such as the various segments of the Milwaukee RiverWalk. The city’s 15 incentive zones are used to mandate enhanced design standards or additional uses within a district, such as Midtown Center or The Brewery.

“Development incentive zones, the incentive is timing,” said DCD planning manager Vanessa Koster. She said Bauman’s proposed change would turn a three-week process into a two or three month process. Bauman contested that, saying that files routinely are heard by the plan commission on a Monday and eight days later are heard by the zoning committee at its regular meetings.

“There is a reason it has worked well for 20 years,” said DCD Commissioner Rocky Marcoux. “That’s because the Common Council has put together overlay districts with what it wants to see.” While the Plan Commission approvals of projects aren’t reviewed by the council, any commission decisions on zoning changes, often for increased density or a non-conforming use, are advisory and advance to the Common Council. The council’s Zoning, Neighborhoods & Development Committee heard eight such matters at its Tuesday morning meeting.

Linda Gorens Levy of General Capital Group was one of seven members of the development community to testify against the proposed change by Bauman. Her firm is involved in developing the Reed Street Yards business park, which is within a development incentive zone. “I think it puts us at a competitive disadvantage,” said Gorens Levy. She said requiring additional approvals would have slowed down the development of The Yards apartment building and hampered the firm’s pursuit of a corporate headquarters.

“My real fear is unpredictability,” said Block. “It won’t just be the standards that are being applied. It will go beyond that.” Referencing Bauman’s frustration with the design of balconies proposed as part of a Westown office building and the commission’s oversight only of the riverwalk portion, Block suggested the city instead revisit its zoning standards. “I think there’s some fine tuning that does make sense,” said Block.

“You make good points,” said Bauman. “I appreciate someone for once willing to deal with this on the merits instead of all the doomsday predictions that were made by the department.”

Members of the City Plan Commission are appointed by the mayor and confirmed by the council. Bauman said he hasn’t seen the commission go against a single recommendation of DCD, while Marcoux said it has happened, although the record could be 99 percent confirmation.

“How do you get to a 99 percent record? It’s because that’s what we have been led to– ‘this is what you do if you want to get it approved at CPC,'” said Haywood of the current process.

The committee ultimately held the measure for further amendment. “I think some parameters around the timing are going to have to be included in that legislation,” said Alderwoman Milele A. Coggs.

Ald. Russell W. Stamper, II thanked the members of the development community for their feedback. “Otherwise it’s just Bauman vs Rocky and Vanessa, and us listening like ‘here we go again,'” said Stamper.

But this reporter’s sense was that a number of council members probably support Bauman’s proposal.

One thought on “City Hall: Who Gets Design Oversight?”