Gerrymandering Goes Back to Patrick Henry

Evers has plan to end it in Wisconsin. It’s long overdue 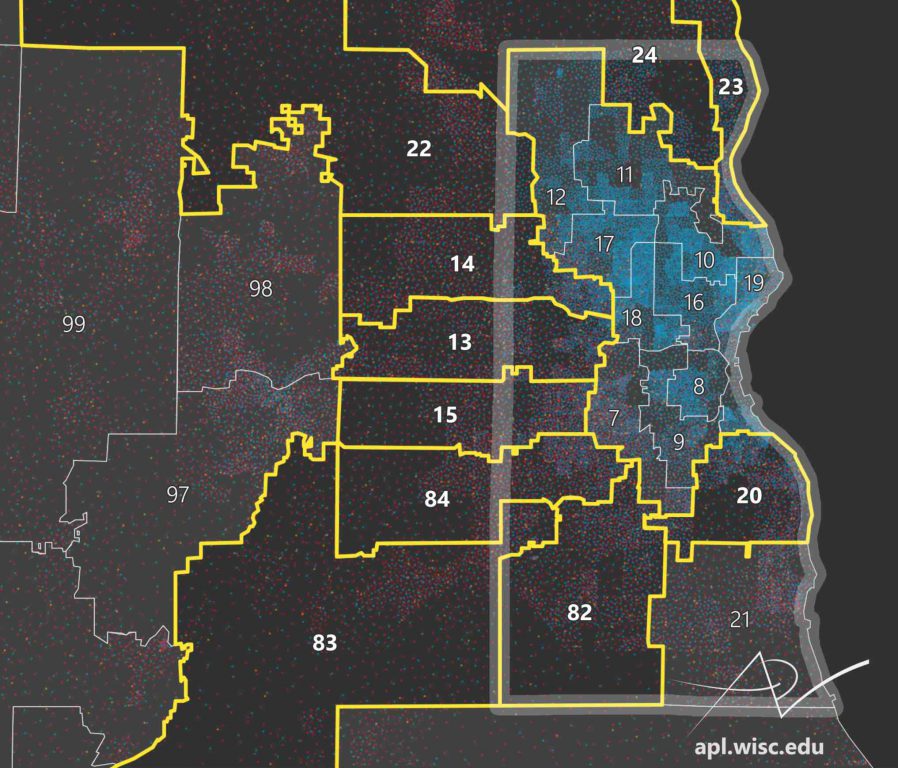 For the second day in a row Wisconsin Governor Tony Evers made for smiles.  Not necessarily from just partisans, either. All those who take pride in smart governing that is process-driven have ample reason to feel positive about his recent actions.

On Monday Evers pulled Wisconsin National Guard troops from the southern border, while making it clear keeping the borders safe and protecting immigrants seeking asylum is the U.S. Customs and Border Patrol’s job. I strongly urged that move earlier this month, and applauded the executive action by Evers, due to our need to value the reasons these state residents signed up for duty in the first place.   It was not to demonize people fleeing violence and economic privation.

Now there is another strong and central reason to nod with deep approval for an action taken by Evers.  A new proposal will be offered to do away with the state’s partisan redistricting process and give the responsibility of drawing the state’s political maps to a nonpartisan agency. I have blogged and commented on this need for a change in how political boundaries are crafted since I had all my hair. The reason for my abiding conviction is due to the fact many of the problems we see in much of our dysfunctional politics can be traced back to the way political boundaries are drawn. If you shake your head in derision when Congress balks at even the most lukewarm gun control measures, or the lack of common-sense measures for immigration reform chalk it up to the way district lines are designed.  Redistricting reform may appear “boring” at first glance, but it is central to much of the discord in the state and nation today.

We know Evers speaks in soft political tones on most issues. That style is one that endears him to voters.  But if one listens to the average conversation on the street, or in a coffee-shop, the language can be more blunt when it comes to the issue at hand. Voters are tired of being the pawns of power-hungry lawmakers, and are now fighting to take back the map-making process. The more cynical citizen even will ask just how rank does a redistricting plan have to be before it runs afoul of the Constitution? That is not what we wish for voters to feel when it comes to how district lines are drawn.  That is why this move from Evers is bound to be very popular around the state. People who understand the problems with the current system want redistricting reform.

The Evers plan is aimed to solve the central issue that drives so much controversy over redistricting. We cannot have a functioning republic if the politicians choose their voters.

“Evers’ proposal would give responsibility for drawing political boundaries to an existing state agency, the nonpartisan Legislative Reference Bureau, at the direction of a newly-formed, nonpartisan Redistricting Advisory Commission. The state Legislature would still vote on the redistricting bill, but it would be restricted in the changes it could make,” said a Wisconsin State Journal report.

There really should be no partisan stones cast when it comes to drawing boundary lines. BOTH parties deserve criticism for the secretive and stubborn way they handled redistricting. Wisconsin Democrats had the majority power during the time of Governor Jim Doyle to create a commission for redistricting reform and chose not to proceed. We know elected Republicans would not even hold a hearing in 2013 on a proposal to create a commission to deal with district lines. Newspapers from around the state came together in their weekend editions to urge a hearing on bills then proposed in the legislature. Perhaps the most concise writing that summed up the mood then–and now–came from the Milwaukee Journal Sentinel.

Competition among political ideas is good for democracy. But the opposite also is true. When districts aren’t competitive in general elections, the real election occurs in the primary, which typically is dominated by partisans.

The result: Candidates play to the partisans — to the wings of their parties — and the debate moves away from the center, where the real work used to get done in Madison and Washington.

I suspect that most voters from Ashland to Beloit believe that redistricting should not be partisan, but rather what is best for the process of governing.

If it seems like we have been fighting this issue for a long time, well, we have.  Political boundaries and the drama they create are as old as the nation itself. In 1789 Patrick Henry helped draw the lines in Virginia in such a way as to place his enemy, James Madison, in an anti-Federalist district. In fact before the term ‘Gerrymander” was in vogue there was a term called “Henrymander”.  Times change but the desire of partisans to control power does not. That is what needs to be bridled.

This issue is not one that only currently resonates in the Badger State. The nonpartisan Campaign Legal Center (CLC) found 71 percent of voters (nationwide) oppose permitting politicians to draw election districts crafted to assure the election or defeat of one party’s candidates. Many people locally have spoken with sincerity over the need for a redistricting commission.  Todd Berry, former president of the Wisconsin Taxpayers Alliance, was one of them:

But the problem with our elections goes deeper. Because of how legislative districts are drawn and because of where people choose to live, few districts are competitive with seats regularly changing party hands. That makes August party primaries pivotal. They are low-turnout affairs dominated by “true believers” and party activists, and subject to monied intervention by special interests. To win a primary in Democratic Dane County, a candidate moves to the far left; to win a primary in Republican Waukesha County, the reverse is true: GOP hopefuls compete for a subset of voters on the right.

I had hoped during last year’s gubernatorial campaign that someone would take up the torch for needed process reforms and run with it to all corners of the state. Evers not only did that, but now is holding firm to his mission from the East Wing. I am most confident that a growing mass of vocal fellow citizens will soon materialize to help urge this matter forward. We need to again think back to our civics lessons as to why being a process (small d) democrat matters. Unless the way we elect people is based on a more equitable and level-playing field all the grand ideas we may hold about building a stronger society will be left in drafting folders on a shelf.

One thought on “Op Ed: Gerrymandering Goes Back to Patrick Henry”