And still growing, compared to its 50% average winter cover.

By Danielle Kaeding, Wisconsin Public Radio - Mar 6th, 2019 11:18 am
Get a daily rundown of the top stories on Urban Milwaukee 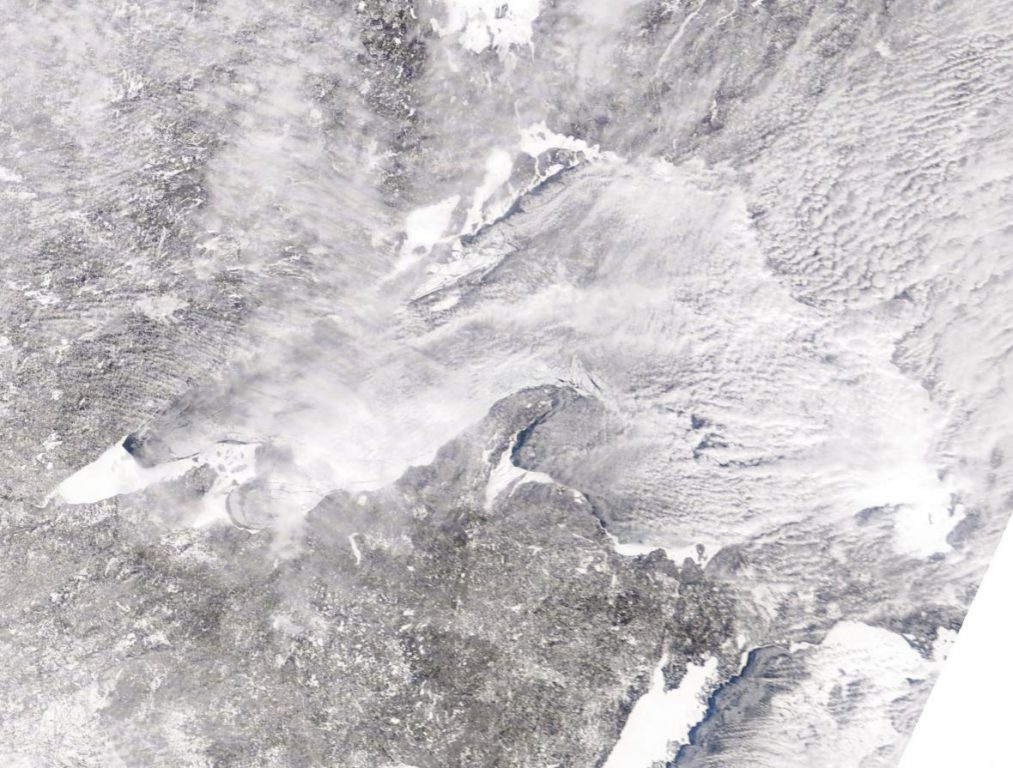 The extreme cold this winter helped cover more than 90 percent of Lake Superior in ice this week. The National Oceanic and Atmospheric Administration reports ice cover approached levels not seen in four years.

Lake Superior was around 91 percent covered in ice Monday, said Jia Wang, ice climatologist with the NOAA Great Lakes Environmental Research Laboratory. Ice cover was only expected to be around average, or about 50 percent, this winter.

“We didn’t expect this much ice cover,” Wang said.

Last year, maximum ice coverage topped out at 77 percent. Wang noted the polar vortex brought colder temperatures that caused rapid freezing on the lake from late January through February. As of Monday, only the southeastern corner of the lake near Michigan’s Upper Peninsula had open water.

Meteorologist Matt Zika with the National Weather Service in Marquette, Michigan, expects ice cover on the lake may grow over the next couple of days as temperatures remain below freezing.

“We may not get to 100 percent, but definitely probably 95 (percent) to 98 percent ice coverage for Lake Superior is doable for this week,” Zika said.

“The fact that we’re greater than 90 percent basically lays credence to how cold the winter has gone from the mid-point of January through the current time,” Zika said.

“If you get winds that are coming from offshore from the land over the lake, what’s going to tend to happen is it’s going to push the ice away from the coast, which will open up water there,” Meier said. “If it’s cold enough, that will quickly start refreezing again. It may not stay ice-free for long. If that’s happening in a lot of different places along the coastline, it’s going to tend to break up, especially when it’s thinner ice.”

This winter is only the fifth time in the last 20 years that Lake Superior has surpassed 90 percent ice coverage. In 2014 and 2015, ice covered more than 95 percent of the lake.

The last time Lake Superior froze completely was in 1996.

Listen to this WPR report