How to Increase Black Homeownership

Milwaukee’s black-white gap is 40%. Experts will take on the issue.

By Andrea Waxman, Milwaukee Neighborhood News Service - Feb 26th, 2019 09:58 am
Get a daily rundown of the top stories on Urban Milwaukee 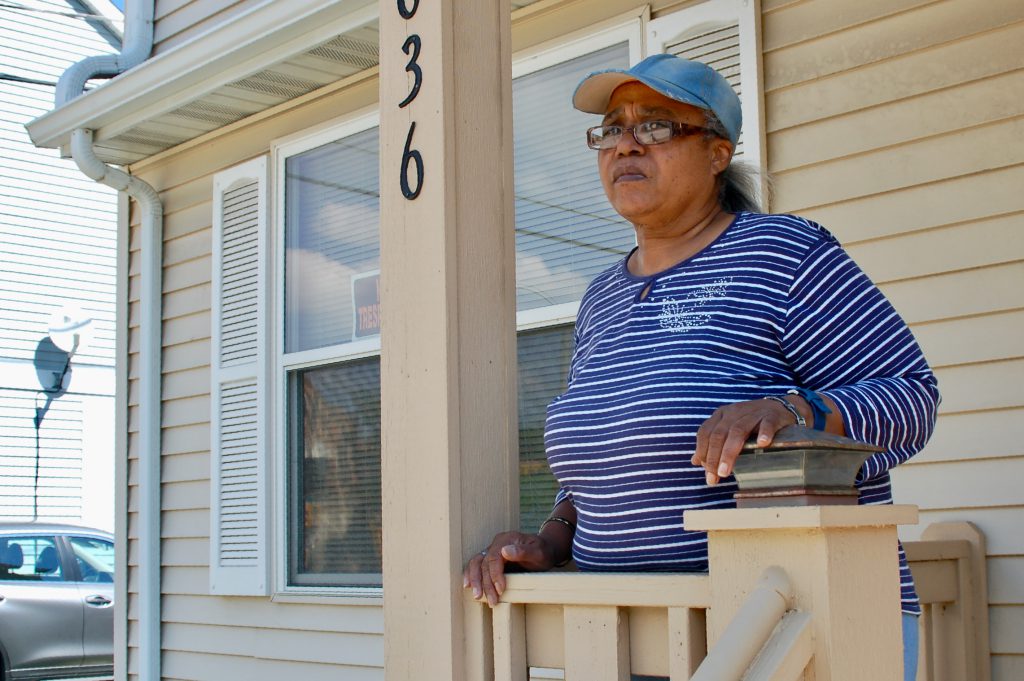 Sandra Campbell grew up in two houses her parents owned in Lindsay Heights. In 2007, she built this house near 17th and Walnut streets. Photo by Andrea Waxman/NNS.

The numbers tell a depressing story.

The home-ownership gap between black and white Milwaukeeans is a “staggering” 40 percent, said Michael Gosman, the executive director of ACTS Housing.

“It’s so bad that a lot of African-American families seem to have a sense that home ownership might not even be for them,” said Gosman, whose organization empowers renters to become homeowners.

ACTS Housing is one of the sponsors of “Locked Out: Solutions to the Black Homeownership Decline,” a community discussion that takes place from 5 p.m. to 7 p.m. Tuesday, Feb. 26 at the Wisconsin Black Historical Society/Museum, 2620 W. Center St.

Owning property, especially one’s home, has always been part of the American dream, but black people have never had anything close to equal access to home ownership, said Danell Cross, executive director of the neighborhood association Metcalfe Park Community Bridges.

She encourages her community to invest in owning homes and building a financial legacy for the next generation. “We too should and can have a part of this American dream,” she said. 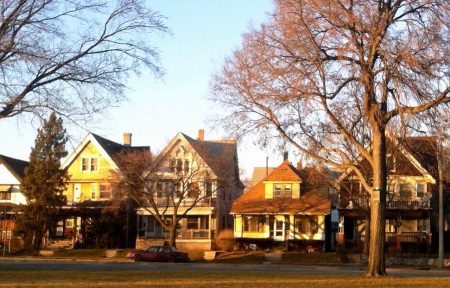 Houses on Lloyd Street, across from Washington Park, are typical of once-thriving city neighborhoods where many inhabitants now rent homes and live in poverty. Photo by Andrea Waxman/NNS.

Cross will be one of three panelists who will discuss black homeownership — why it has declined, why that is important and what can be done to change it.

Both individual and institutional housing discrimination play a role in the disparity between black and white home ownership, Tisdale said. There is discrimination in sales, mortgage lending and homeowner insurance markets. In addition, wealth and income disparities occur because wealth gets passed on in disproportional amounts to white families, in comparison to black families, Tisdale said.

Carr noted that when he co-chaired the recent March on Milwaukee 50th anniversary coordinating committee, which organized a series of events commemorating the fair housing marches of the late 1960s, he got “an in-depth look at the history and the deep context of the conversation we’re having.”

The open housing marches “showed us the magnitude of the racist sentiment” that did not end with the passage of the federal Fair Housing Act in 1968, Carr said, adding, “Today (that racism) has a much more polite face but is as resolute as it was in 1967, and this is a topic we need to talk about.”

Cross would like to see city and state officials, mortgage lenders and others start to shape policies that support the African-American community. “If you don’t address that, you’re saying to the community, ‘we extend home ownership, but not to you.’”

Gosman said though the panel will look at the challenges home ownership pose for black residents, “more time is going to be focused on what can we all do as individuals to try and rectify this.”