The Man Who Made This Cream City 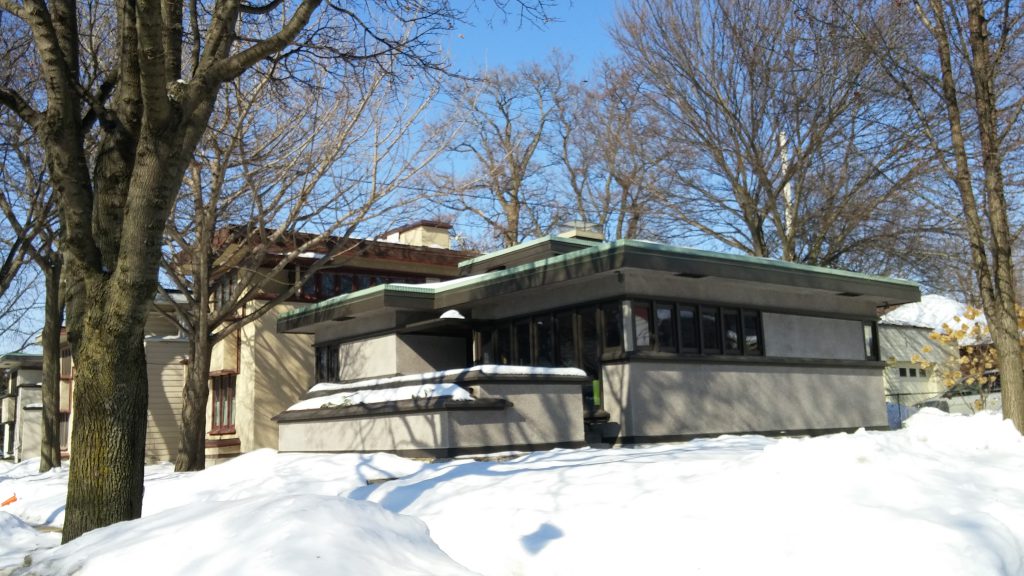 George Burnham was “the man who gave Milwaukee the name of the ‘Cream City,’” according to Burnham’s obituary in the Milwaukee Sentinel in 1889. That was undoubtedly an overstatement, but Burnham, as the largest producer of Cream City bricks, did play a major role in the industry that led to the nickname.

It was the color of the bricks, though, that gets the credit for the name. When most bricks are fired, the iron in the clay turns them red. But the high percent of calcium and magnesium in some deposits of Milwaukee clay effectively neutralized the iron and the bricks emerged a pale yellow or cream color, much to the surprise, and disappointment, of early brickmakers in the mid-1830s.

They needn’t have been disappointed though. The bricks were of good quality. They did not sell well initially because they added to the expense of building. But a few building owners did use the bricks and the light, pleasant look of the resulting pale-yellow structures was appealing to many people. As more cream-colored buildings were constructed, visitors to the metropolis were struck by the light color of edifices throughout the town and the name was born. Milwaukee began to be referred to as “The Cream City of the Lakes,” or “The Cream City of the West,” or just “The Cream City.”

Cream City brick buildings began to appear in other cities as well. Builders in other parts of the state, the country, and even Europe, ordered them from local brickyards. Due to steep shipping costs of the heavy product, it was an expensive option to clad their buildings in Milwaukee bricks. But they paid for their desire for the uniquely-colored building material and that helped to spread the reputation of Cream City bricks and the Cream City itself.

The largest brickyard in the city was run by George Burnham, who was born in New York State in 1816 and learned the brickmaking trade from his father. He and his brother, Jonathan, came to Milwaukee in 1843 and began making bricks at the foot of the bluffs on the north side of the Menomonee Valley at N. 14th Street. After a year, they moved their operation to N. 11th and W. Wells streets and worked the area for three years. When they abandoned that site, they left a large hole that took years to fill in.

In 1848, the brothers purchased over a half mile of land along the bluffs on the south side of the Valley between S. 12th and S. 22th streets. They dissolved their partnership in 1856 and each worked independently, though they eventually brought their sons, and even their grandsons, into their businesses.

By 1880, George Burnham’s company was producing 15 million bricks a year with a workforce of 200 men while Jonathan’s 100 employees were manufacturing millions more. By the end of the nineteenth century, the deposits of clay for the creamy bricks had pretty much run out. But Burnham’s descendants still produced bricks, over 30 million annually in the 1920s, although most of those bricks were the standard red color.

Brickmaking made George Burnham a very rich man.  He invested in plank roads, meatpacking, grain storage, building construction, and railroads. He also put money in real estate – including iron lands in Texas, silver mines in Utah, and farmland in Iowa.

In 1871, he invested in a subdivision south of Mitchell Street with Daniel Rogers and John Becher. Each of them named a street for himself and Burnham Street, Rogers Street and Becher Street were added to the city’s map.

In Milwaukee, Burnham Street begins at S. 3rd Street and extends to S. 42nd Street where it runs into West Milwaukee and then West Allis. The most notable buildings on the street are the six homes in Frank Lloyd Wright‘s Burnham Block, which was Wright’s vision of affordable housing. The homes are on the north side of W. Burnham Street between S. Layton Boulevard and S. 28th Street. 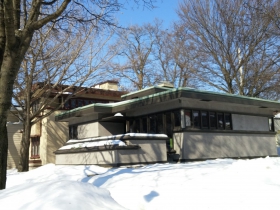 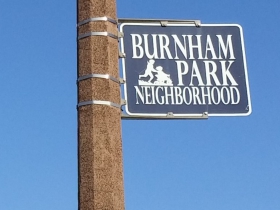 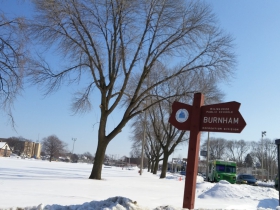 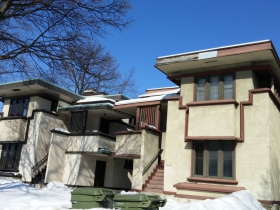 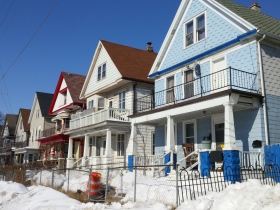 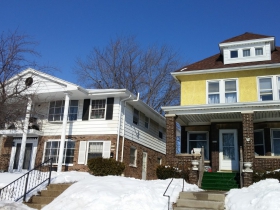