And bring back scientists to the DNR.

By Corri Hess, Wisconsin Public Radio - Feb 20th, 2019 10:03 am
Get a daily rundown of the top stories on Urban Milwaukee 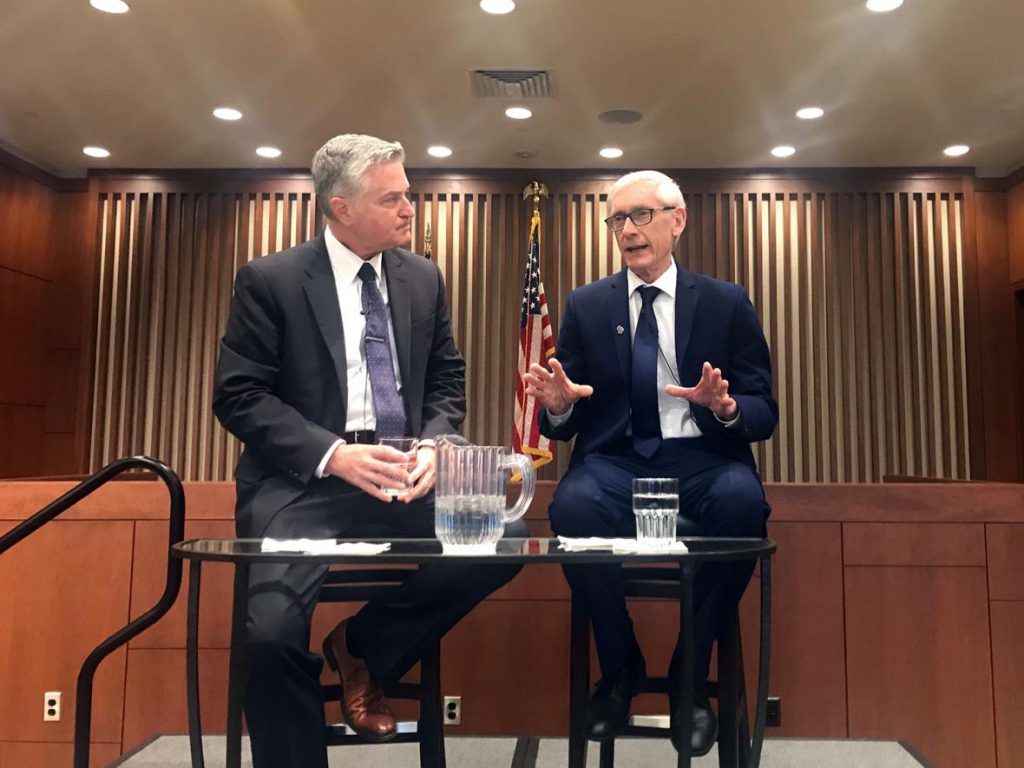 Gov. Tony Evers says offering businesses incentives to create or maintain jobs in Wisconsin is something that should be re-examined.

Under former Gov. Scott Walker’s administration, the state spent millions of dollars to entice companies to expand in or relocate to Wisconsin.

During an interview on Tuesday with journalist Mike Gousha at Marquette Law School, Evers said massive incentive packages are something the state is going to have to grapple with.

“I want Kimberly-Clark to be successful. I want Marinette Marine to be successful, but at the end of the day, can we continue to carry on this path?” Evers said. “I think it’s an important discussion to have as a state.”

In December, Walker reached a deal to keep a Kimberly-Clark plant open that’s worth up to $28 million over five years. Evers has said he will include $31 million in his state budget to help Fincantieri Marinette Marine expand its shipyard in northeastern Wisconsin.

Foxconn Technology Group has received the largest incentive from the state, more than $4 billion. Evers said he still believes it was too expensive. But he wants the company to be a success.

“Clearly, what they are planning to do has changed,” Evers said of Foxconn. “At the end of the day, several municipalities have provided financial support. The state has provided support. But the agreement is part of state law. We have to make sure their operation and their decision-making is more transparent than it is now.”

The governor also said his budget proposal will include money to increase the number of scientists working for the state Department of Natural Resources. He said the DNR is responsible for the environmental health of Wisconsin and that aspect was ignored under the previous administration.

“Taking scientists out of the (DNR) and making their positions less important was a mistake, and I want to correct that mistake,” Evers said.

Evers announced last week he’s joining the U.S. Climate Alliance. The group was formed in 2017 by governors after President Donald Trump vowed to remove the U.S. from the Paris climate agreement.

On all of the issues, Evers said he will follow through on campaign promises, including spending $1.4 billion in K-12 education and a $600 million increase on special education funding.

Evers said his budget will not phase out Wisconsin’s voucher program, but he will be looking for more accountability and transparency for voucher schools.