By Ana Martinez-Ortiz, Milwaukee Neighborhood News Service - Feb 19th, 2019 09:43 am
Get a daily rundown of the top stories on Urban Milwaukee 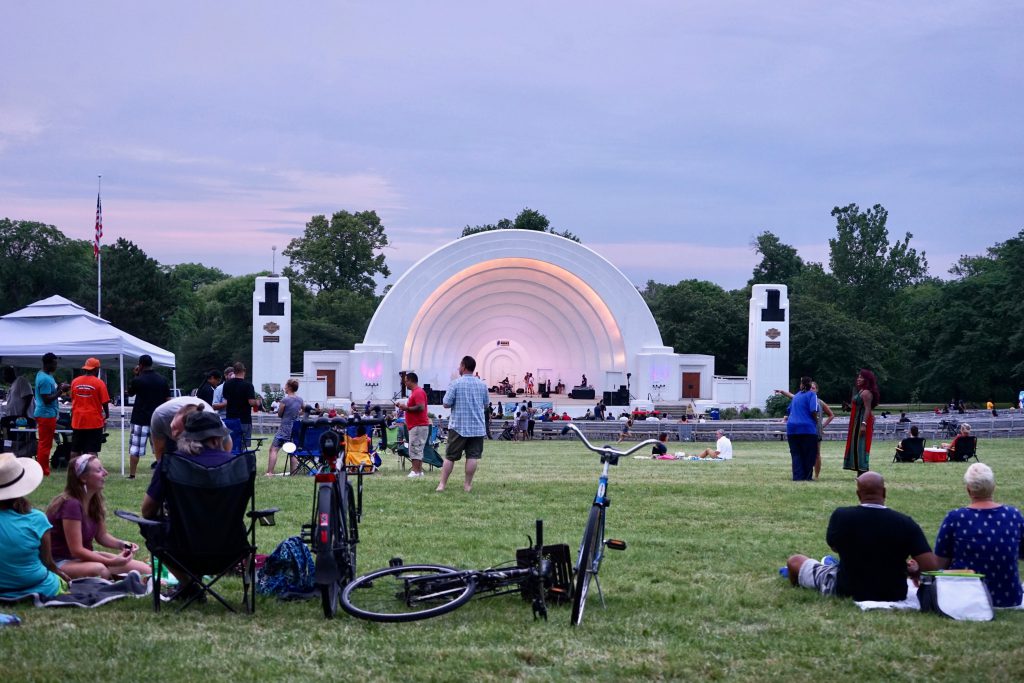 The bandshell in Washington Park is the place to be on Wednesday nights in the summer. Photo by Adam Carr/NNS.

Joaquín Altoro grew up on the South Side of Milwaukee, but as an adult, he decided to move to Washington Heights, one of the neighborhoods adjacent to Washington Park.

Shortly after moving, Altoro began attending the park’s Wednesday night concert series at the bandshell. The series starts each year at the end of June and lasts until the end of August and has been a park tradition for nearly 80 years.

Although Altoro enjoyed the performances, he noticed that the concerts didn’t represent the park’s surrounding demographics. A neighbor encouraged Altoro to get involved in re-envisioning the concert series’ mission. So, he joined the Washington Park Neighbors, the organization behind the concerts, formerly known as Neighborhoods United for Washington Park.

As a board member, Altoro found himself among like-minded people. WPN wanted to diversify the type of music playing in the bandshell and attract people from all of the surrounding neighborhoods.

Altoro said WPN would explain its mission to the performers and challenged them to be true to it. As a result, the musicians often found a way to incorporate diversity in their sets through partnerships, dancers and music choice.

Jane Konkel, a WPN board member, has been involved with the concert series since 2010. In recent years, she’s noticed that more children come to the park on Wednesday nights. Sometimes they even come without their families, she said. 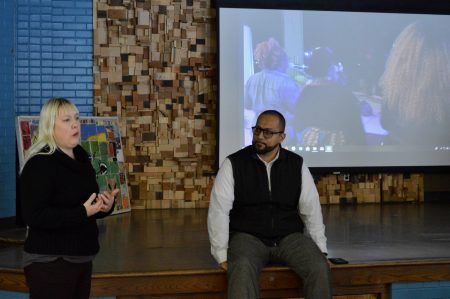 “People feel safe to allow their children to do that,” Konkel said, noting that the bandshell’s design makes it easy to keep an eye on the children running around.

When the county paid for the talent, Konkel said there was a limit on how much she would spend on a band.

“I remember being limited to not hiring a band over $500,” Konkel said.

Melissa Muller, a WPN board member who acts as an organizer, director and fundraiser for WPN, said the concerts were redefined once WPN took over.

Now, the concerts are almost completely financed through fundraising, which has allowed organizers to raise expectations. Muller said the cost of each Wednesday night ranges. She usually aims for $2,000 but said the most expensive night reached $3,000.

Kate Schwartz, a WPN committee member, helps choose the talent. Although she lives in Wauwatosa, she chose to join WPN because of its mission to diversify the performers. Her background in arts management for a hip-hop label in New York has helped her find the talent.

When it comes to choosing the performers, Schwartz said the committee first looks at the caliber of the musician.

“Talent comes in a diverse package most of the time,” she said.

Chad Piechocki said he tries to attend as many concerts as possible. Piechocki and his wife started coming to Washington Park when they moved to the surrounding area 12 years ago.

Piechocki said that his family worked their vacations and plans around the concerts depending on who was performing. In recent years, he’s noticed that the lineup is more diverse.

“Previous lineups were good, but you could tell this one was curated by people thinking about the neighbors and the park,” Piechocki said.

Muller said WPN’s challenge is to ensure “we are serving the people around the park.”

In addition to different entertainers, WPN created theme nights, designed games and brought in various vendors, such as food trucks, to the park.

As part of its mission to serve the community, last year WPN partnered with the Milwaukee Center for Independence to provide meals for children on Wednesday nights. Muller said the first night, MCFI served 75 meals. On the last night it served approximately 200.

Although the concerts have become more diversified, not everyone has recognized the changes.

Serena Lor has lived in the Washington Park neighborhood for about 15 years. She works as a community organizer and community health worker.

Although she walks her dogs through the park and played there when she was younger, Lor said she has never been to a concert in the park.

“There’s never been any promotion in the actual neighborhoods,” Lor said. “When I did see the posters [in the park] it didn’t really appeal to me.”

She isn’t the only one. Lor said that none of her neighbors appear to attend the concerts either. She added that from her perspective, the audience tends to be predominately white.

According to Judge Derek Mosley, who is on the board of the Urban Ecology Center, the concerts do a great job of representing Milwaukee. Mosley lives on the northwest side of Milwaukee, but he makes a point to attend as many concerts as possible.

The concerts bring together people from all different religions, races, socioeconomic status and backgrounds, Mosley said. It’s an eclectic mix of music and people.

“There’s a lot of events that go on in Milwaukee, but this one is special,” Mosley said.