New branch of growing credit union will be located along S. 1st St. at Freshwater Plaza. 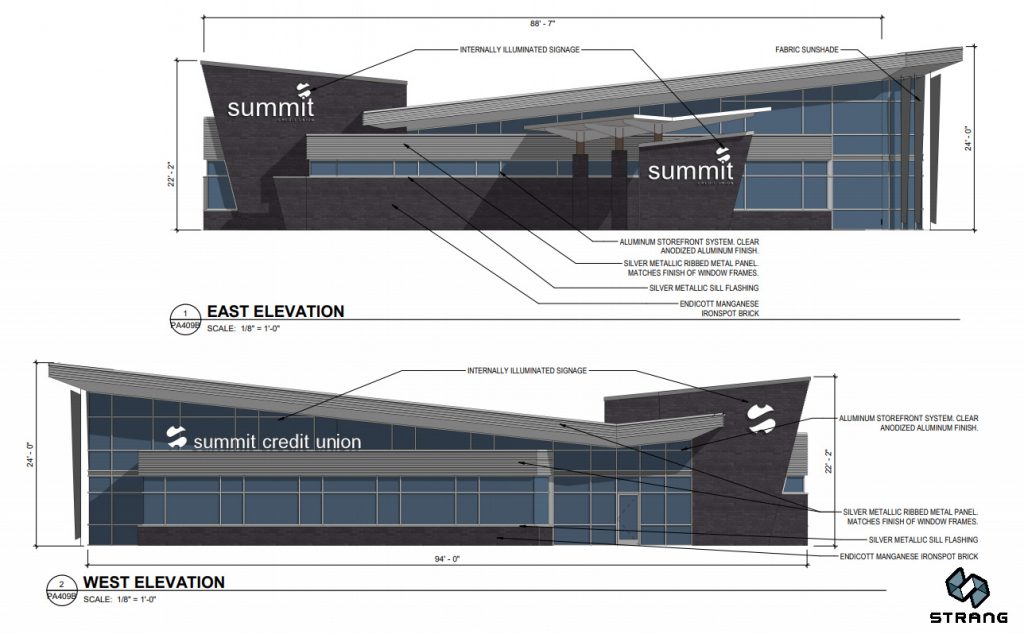 Summit Credit Union will construct a new, one-story branch along S. 1st St. in Walker’s Point, its first in the city.

“We’ve oriented the building to try to maximize building frontage along S. 1st St,” said project designer Austin Conrad of architecture firm Strang Inc. “We’ve placed items that are perhaps less urban in nature at the rear.” Those items include a three-stall drive-through and private access drive, trash enclosure and utility enclosure. A 21-stall parking lot would connect with S. 1st St. and the large surface parking lot at the complex.

“We really designed this building to be pleasing from all four sides,” said Conrad while describing the building’s materials. The building will be clad in a mix of brick, ribbed metal panels and aluminum siding. The north facade will include three fabric sails, which can be found on other Summit branches. “In most of our buildings they are there for sun screening, but in this building, we’re doing it for art,” said Conrad. “We don’t put branding on those sails, we put pictures of happy people essentially.”

The building will join a Sherwin Williams store that recently opened, as well as the Cermak Fresh Market grocery store and mixed-use Freshwater Plaza Apartments building. Wangard is also planning an additional apartment building with substantial commercial space for the rear of the site.

The complex is subject to a General Planned Development (GPD) zoning package that governs materials, landscaping and general layout. One such impact of the GPD according to Conrad is that Summit will have to nearly double the translucence of the glass it uses to meet the district standards. Individual buildings in the district are required to come back to the city for design approval.

But how did Summit choose this location? Summit representative Greg Polacheck didn’t provide a direct answer to a question from Commissioner Joaquin Altoro about why the credit union chose the S. 1st St. location, but did provide a background as to how the credit union ended up in Milwaukee.

“We didn’t really have our sights on Milwaukee,” said Polacheck. Summit, founded as CUNA Credit Union in 1935, entered the Milwaukee market following a merger in 2007 with Journal Credit Union. Polacheck told the commission that Summit has merged with a number of credit unions in recent years, primarily due to the expense of providing technology services to customers. One of those mergers was with the Greater Milwaukee Credit Union in 2014, giving Summit a branch inside the United States Postal Service‘s downtown facility. Summit also has a branch at 10015 W Greenfield Ave. (West Allis) and two in West Milwaukee.

The proposal was unanimously endorsed by the commission. 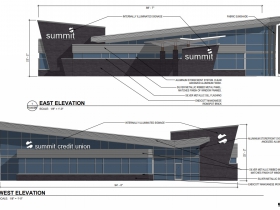 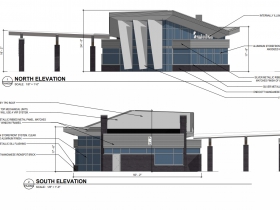 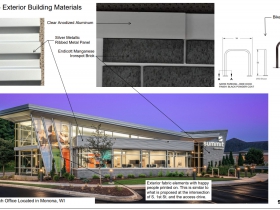 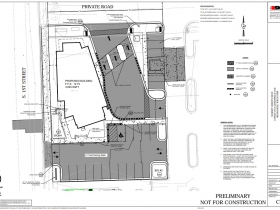 The Summit Credit Union proposal was the first design proposal voted on by new commissioner Allyson Nemec. She replaces Larri Jacquart, who was the commission’s longest-serving member.

Mayor Tom Barrett will soon need to make another appointment to the commission. He’ll have to replace infrequent attendee Preston Cole. The former Department of Neighborhood Services Commissioner attended only four of 13 meetings in 2018.