Plus: New pizzeria on Capital Dr. and Waterford Wines will move, expand. 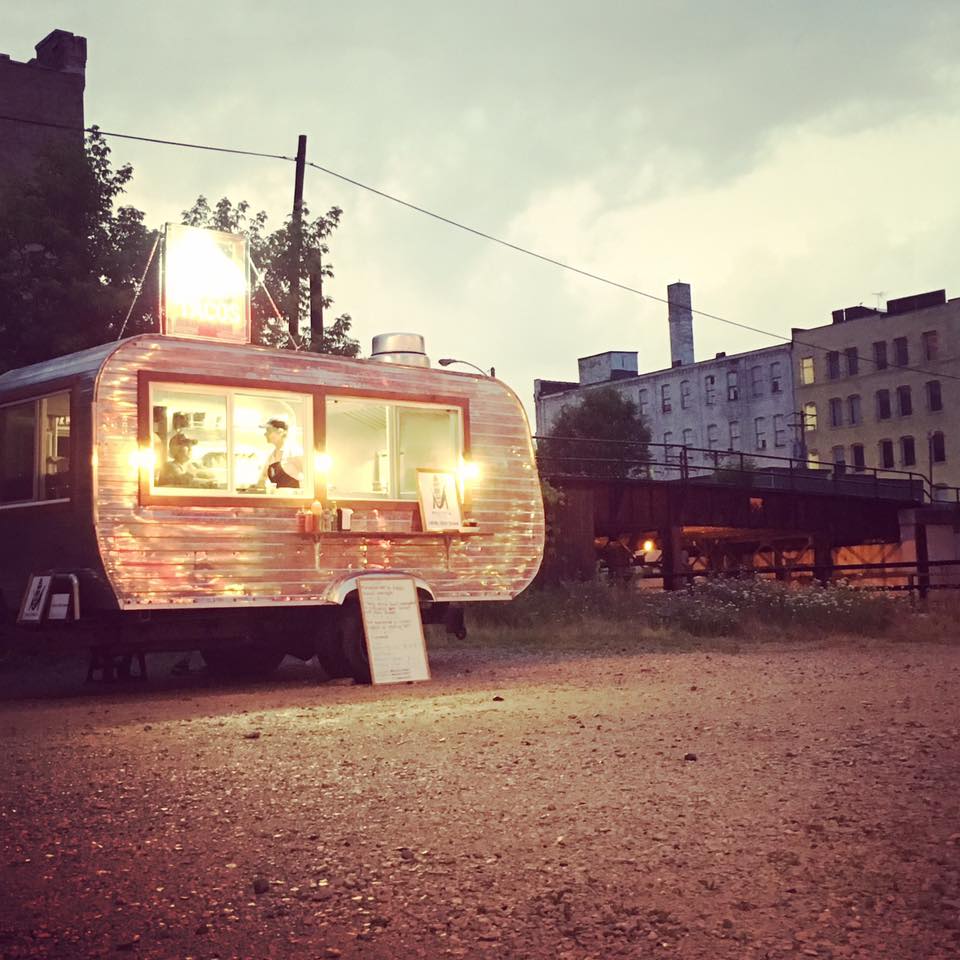 Mazorca Taco Truck pictured on S. 1st St. The food truck park will be located a few blocks over on S. 6th St. Photo from Facebook.

The city’s first food truck park is making progress towards a spring opening in Walker’s Point. The park, which will be called Zocalo Food Park, is a collaboration between Sean Phelan and Jesus Gonzalez and will be located at 636 S. 6th St. Phelan is currently president of Phelan Development, while Gonzalez owns Mazorca taco truck. Once open, the park will be able to support “distinct food trucks, parking and a bar with outdoor seating.”

Gonzalez says they hope the park will “create our own gathering place in the neighborhood.” OnMilwaukee’s Lori Fredrich offers more from him:

“Our plans are still very much in development,” he says, noting that more details will be available as work progresses. “But our vision is to cultivate partnerships with food entrepreneurs and create an ecosystem that embraces food enthusiasts…”

Much like food halls, food truck parks offer a diversity of food and beverage options, making them a perfect place for family outings and social gatherings.

Phelan and Gonzalez have yet to purchase the lot, which is currently owned by Mike Eitel of Caravan Hospitality Group. Nearby, Eitel previously operated the pop-up bar Nomad National (625 S. 5th St.) during the World Cup.

A new pizzeria is in the works for 4103 W. Capitol Dr., which is currently a city-owned lot, in the Roosevelt Grove neighborhood. Abel Hamdan has proposed to open a sit-down restaurant at the locations, with options for delivery and carry-out. Hamdan previously owned and sold New York Pizza Delivery at 231 E. North Ave.

The restauranteur said he envisions hiring approximately 30 people to work at the new restaurant, which he said is the only pizza place within two miles.

But most of the food won’t be consumed on site. “I believe most of my business would be from delivery,” Hamdan told the committee. He also told the committee he wouldn’t be seeking a liquor license and would only hire people from within the delivery radius.

According to city documents, Hamdan intends to build a 2,184-square-foot building on the lot, as well as a small parking lot

Waterford Wine & Spirits (1327 E. Brady St.) is planning a move and expansion coming as soon as this spring. The wine retailer will take over the space at 2120 N. Farwell Ave., and will share the building with Good City Brewing, Fushinami and Simple Cafe. Owner Ben Christiansen also plans to open a tasting room, where customers can purchase a bottle of wine to drink in house with a $10 corkage fee. Wine will also be available for purchase by the glass, and will be sold at retail price.

The Farwell location will greatly expand the wines Christiansen can display, from 660 at the Brady store to potentially 7,000 at Farwell.

The new location is about 3,000 square feet, and about one-quarter of that will be the tasting room, with about 20 seats. The tasting room also will be the site of the store’s Friday afternoon tastings of wines promoted in its email newsletter.

“We really want to conduct wine seminars” at the store, the way Waterford does at its Delafield location or at Bacchus restaurant in Milwaukee, Christiansen said.

The new location will also have off-street parking available to customers. Waterford Wine & Spirits has operated at its Brady St. location since 2006. Christiansen also plans to add a tasting room to his second location, which he opened in Delafield  (631 Genesee St.) in 2017.

American-Chinese restaurant DanDan and French restaurant Fauntleroy will each be adding additional service hours. Both restaurants are located in the Third Ward, and are owned by partners Dan Jacobs and Dan Van Rite.

Dandan, 360 E. Erie St., has announced that it will be expanding its service hours to offer Sunday night dinner service. Beginning Feb. 10, dinner will be offered every Sunday from 5 to 9 p.m…

Cafe Benelux (346 N. Broadway) first announced the addition of six, private and heated rooftop domes, called Lux Domes, in November 2018. The first set of reservations for the domes sold out within in 24 hours, and now the final reservation dates of the season are available for booking.

For $200, groups of up to eight people can reserve the domes for 90-minute time slots on Friday, Saturday and Sunday evenings. Reservations can be made online for times available through its last service day, which will be Sunday, March 3…

A reservation includes a complimentary round of seasonal beverages, such as hot toddies, mulled wine or hot cocoa, and souvenir mugs for the whole group.

Lux Domes offers a menu with additional food and beverage offerings such as Colectivo coffee, champagne, and sharable platters of cheese, seafood and meat, which can be ordered with an additional cost.

When announcing the reservations, Lowlands Group mentioned that Lux Domes will most likely return next winter and may even expand to other locations.