Ersan Ilyasova and his family have lived in Mequon 12 years, while he's played with 7 other NBA teams. 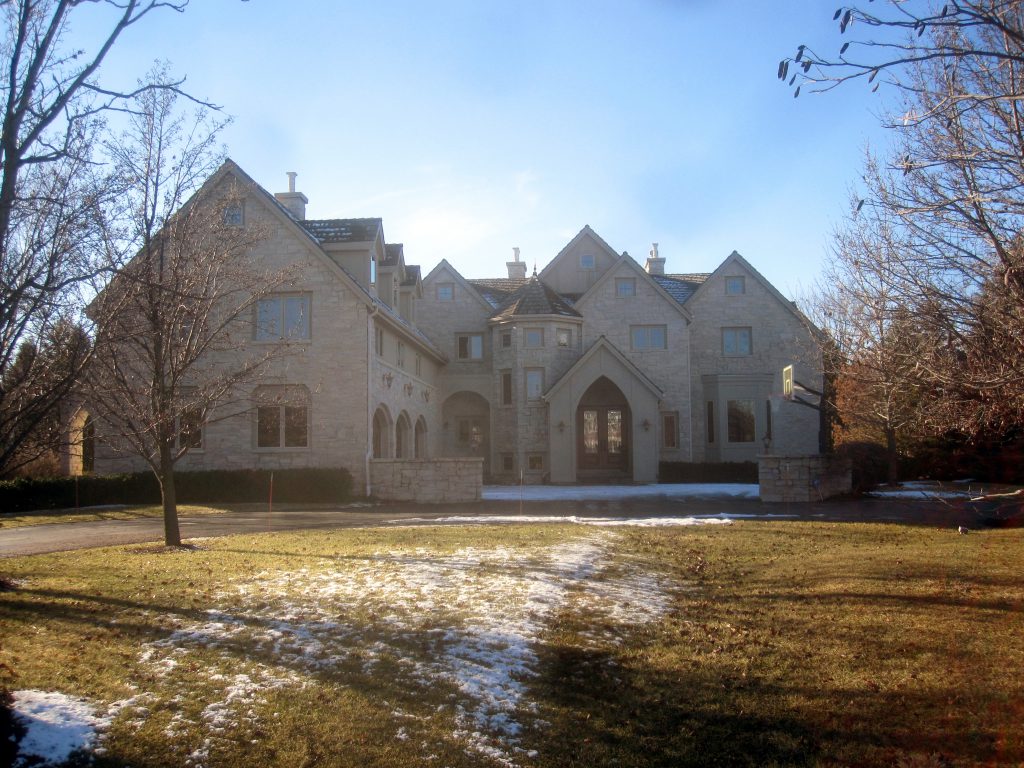 Bucks player Ersan Ilyasova was born on May 15, 1987 in Eskişehir, “The Venice of Turkey.” His first stint in Milwaukee was in 2006, his rookie year.  He next spent two years playing in Spain, then returned to the Bucks for a lengthy stay in 2009. Then, in a whirlwind from 2015 to 2018, the 6’10” forward played successively for Toronto, Detroit, Orlando, Toronto (again), Oklahoma City, Philadelphia, Atlanta, Toronto (again), Atlanta (again), and Philadelphia (again) before returning to the Bucks (again) for the third time.

During these years hopping from team to team, there was one constant in the life of the player and his growing family, which now includes his wife Julia and three children: the Mequon home they share in the Stonefields subdivision. They bought it, for $1,250,000, when Ilyasova returned to the team in 2009. Although not committed to a single team, it appears that Ilyasova and his family have made a singular commitment to the Milwaukee area.

Duck with Apples on Menu Here

In January 2017, when the 76ers came to Milwaukee to play the Bucks, and his teammates were booked in a hotel, Ilyasova looked forward to spending the night in his own bed — a rarity for an athlete on a road trip.

As reported by Jessica Camerato of NBC Sports:

Ilyasova planted roots in Milwaukee during his seven seasons with the Bucks, who drafted him in the second round of the 2005 NBA draft. Though he has played for four teams since the Bucks traded him to the Pistons in the summer of 2015, Ilyasova has maintained a home base in the city he adopted after coming to the NBA from Europe.

Ilyasova’s lengthy tenure with his first team – which doesn’t always happen in the NBA – afforded him and his family the time to make Milwaukee their home.

However, Ilyasova would spend months away from home, so the opportunity to spend the evening with his wife and three young children was special, he said:

‘It’s always really exciting,’ Ilyasova said. ‘They’re counting the days when I will come. They’re all excited to come to the game.’

Another highlight of being back in Milwaukee? A home-cooked meal.

‘They’re already preparing it,’ Ilyasova said. ‘It’s duck with apples in it.’

The residence where Ilyasova dined on the aforementioned Elma ile Kızarmış ördek, has 5,456 square feet of finished living area, and is a striking building with a stone facade. As is the case with most McMansions, it has an irregular roofline with a forest of lumber holding up the roof, leaving plenty of storage space under the rafters. Dormers pop up randomly, like mushrooms in the nearby woods. But the overall effect is rather substantial, and more harmonious than many of the homes, most of which lack sash windows with mullions. Instead they have large blank expanses of glass that don’t appear to be operable.

This home, however is properly detailed, and doesn’t overdo its presumptuousness. It has a mezzanine type level above the garage wing, which juts out toward the street, as if it can’t wait for dad’s car to arrive back home — from whatever NBA team he happens to be playing for. The driveway is equipped with a basketball hoop (imagine that!). Lawn maintenance and snow removal is done by the home owners’ association, which is a boon to the residents.

After all, who wants to drive all the way from the Fiserv Forum, pining to rest in front of the fireplace (choice of gas or natural), to chow down on a steaming platter of Elma ile Kızarmış ördek only to be handed a shovel once he gets to the front door? Certainly not a professional athlete making $8.4 million per year. He can take out the garbage and recycling instead.

The Stonefields subdivision, with about 80 homes, is located north of Mequon Road, between Lake Michigan and the Milwaukee River. It was farmlands until the very end of the 20th century, long after most properties in the area had been developed. Some riverfront homes nearby look as if they might belong up north — either as minor fishing shacks, or as mid-century modern marvels. Stonefields includes a community tennis court quite near busy Mequon Road. The first couple of houses there, built by Lakeside Development Co., were good-sized by most measures — about 3,500 square feet or so. They, too are near the busy street. But scores of the homes built after the spec houses are generally larger, running from 5,000 to 6,000 square feet. “They always wanted bigger and better,” said Tom Zabjek, the president of the home builder. Bigger, that’s for sure.

In 2009 he purchased a non-oceanfront Juno Beach home of 2,619 square feet which he still appears to own. 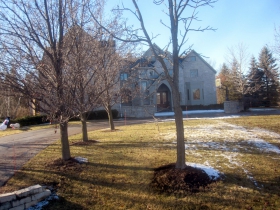 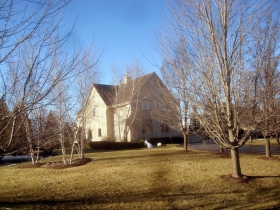 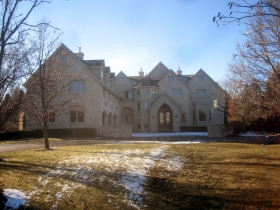 How Milwaukee is it? The residence is about 16 miles north northeast of Milwaukee City Hall