Closs Kidnapper Voted While She Was Captive

Patterson traveled 130 miles to vote in November while Closs was captive under his bed. 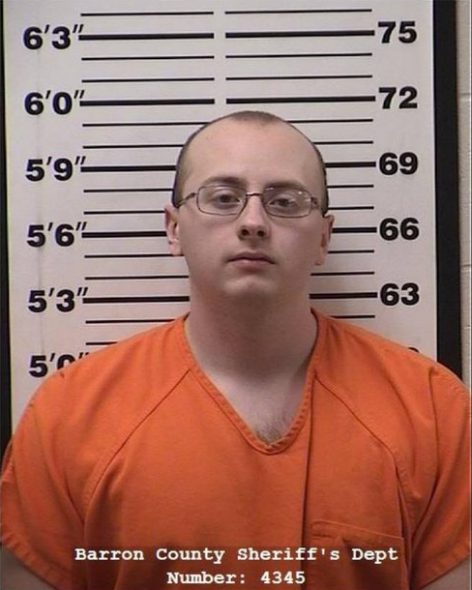 The timeline of activities of Jake Thomas Patterson after his alleged October 15th abduction of 13-year old Jayme Closs and murder of her parents in Barron County is certain to be of interest to authorities who are pursuing kidnapping and homicide charges against the 21 year old.

We can be of assistance regarding the date of Tuesday, November 8th. While Closs was held captive under his bed in a ramshackle cottage in the Douglas County village of Gordon, Patterson left her alone to make a 65-mile trip to Haugen, located in Barron County. At some time during the day, he went to the village hall, and cast his ballot in the general election before returning to his victim.  Although Closs was kept captive in his Douglas County home, Patterson listed his home address as a residence in the Village of Haugen for voting purposes. The address corresponds to that of his mother and stepfather.

Patterson has been portrayed as a particularly calculating individual, who shaved his head prior to the murders and abduction to avoid leaving a DNA trail. His act of good citizenship on election day may have been designed to mislead authorities as to his location.

It was not the only time Patterson left Closs to make the 130-mile round trip. It has been reported that he also visited his mother at her home on January 10th — the day that Jayme was able to make her escape from her captivity.

It appears that the general election was the first time that Patterson had cast a ballot, although the voting age is 18. It could not be determined when or where he registered, although it is possible he did so at the polling place on election day. Urban Milwaukee did not immediately receive a response from the Haugen village clerk. We did forward this information to Barron County Sheriff Chris Fitzgerald who responded, “Thank you. I will pass that on in case our team does not have this.”

One thought on “Closs Kidnapper Voted While She Was Captive”